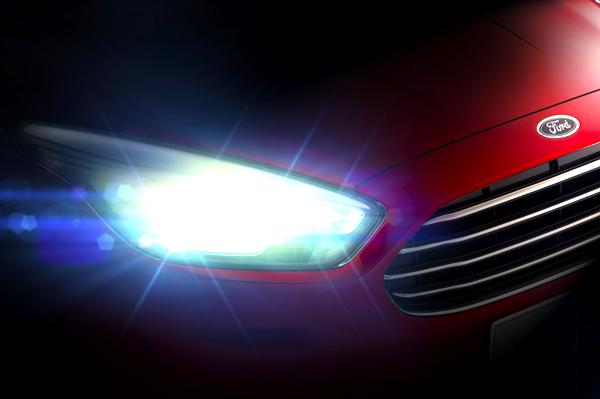 Ford India says that they will be showcasing an India-specific compact car concept during the Auto Expo starting 5th February, says Economic Times. The concept is based on the Ford’s ‘global design philosophy’ reflecting what the company thinks the compact cars will look like in the near future.

Like many other cars in Ford, Lincoln, and Mercury brands; the personage behind the design of the new compact concept is the celebrated J Mays, Group Vice President, Global Design, and CEO, Ford Motor Company. He is known for successfully leading the effort to develop a single, global ‘Ford Design Language’ that now applies to most vehicles Ford produces around the world.

Ford has started sharing teaser images of the concept with the signature grinning hexagonal grille and slanted eyes for the headlamps. The new compact concept appears to be a new small car. Last year alone, the compact car segment has accounted for a third of the total car sales in the country and Ford estimates that the market will grow to about 2 million cars by the year 2018.

Ford’s stall at Pragati Maidan this year is planned to be replete with interactive exhibits of its vehicles and technologies. Besides the concept compact, the company will also showcase Ford Figo, Ford Classic, Ford Fiesta, Ford EcoSport and Ford Endeavour. Ford will also display the ‘SYNC’. It is an in-car connectivity system designed to help you access the virtual world with just the sound of your voice.

Ford stall during the upcoming Expo will be one place you don’t want to miss. Of course, we will be there. Before the expo, on 3rd of Feb, Ford has invited us for another global reveal of a product, details of which we have mentioned here and this will not be a concept instead will be a production car.