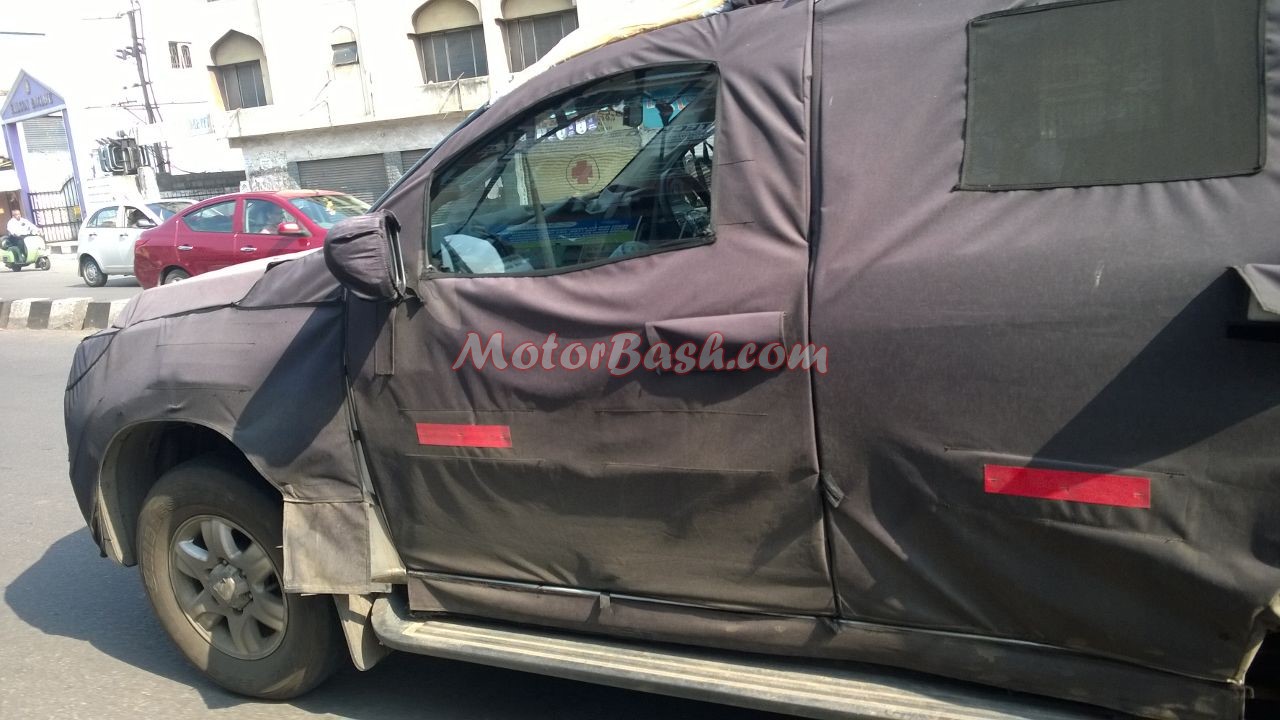 Chevrolet’s lacklustre performance in the country is waiting for a boost for a long time now. With its niche fan following, the company seems to be taking the fast moving utility vehicle route now. They officially confirmed that their new flagship Trailblazer will be launched this year and will be followed by the interesting Spin MPV next year in India.

Its the Trailblazer that has been spied testing by one of our friend DK Surya Prakash near PVNR flyover in Hyderabad. The Fortuner rival continues to tread along in that camouflage completely covered in traditional Chevrolet fashion. We can sneak inside the cabin and see that the steering is quite high-set which means the driver will have a commanding view of the front. 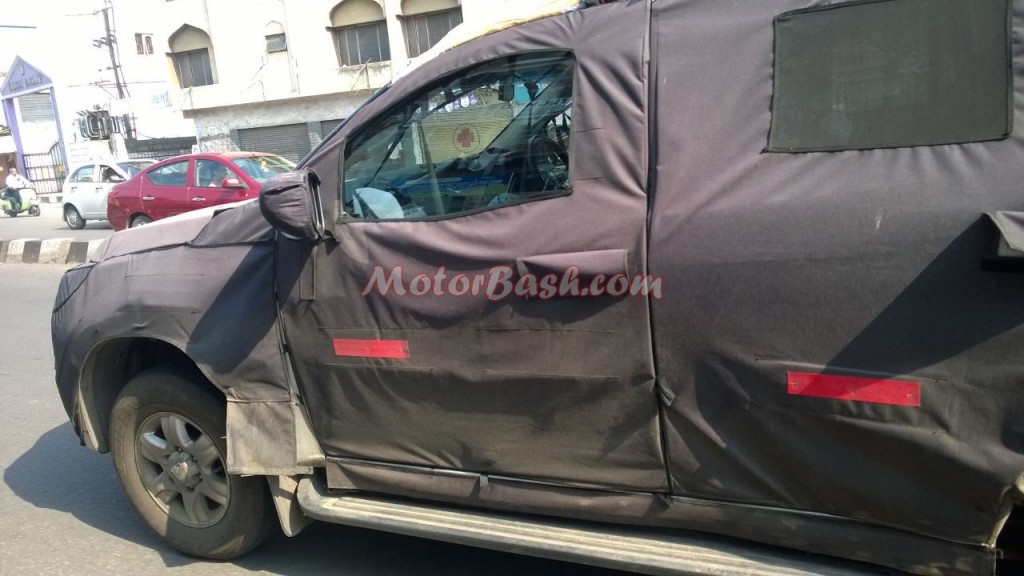 There is a big gap between the Bridgestone tyres and wheel arches and those alloy wheels look bare basic! But this is a BIG SUV and most probably with a lot of road presence. 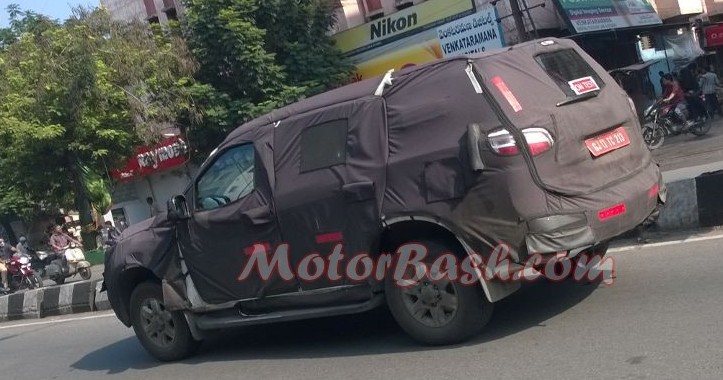 It is still not known where will Chevrolet place the Trailblazer in India. They already sell the Captiva in India for a price band between 25-28 Lakhs and launched the new 2015 Edition recently. We do not think there is much market for Trailblazer in India over the 30 Lakh price bracket so it should ideally be placed under or around the Captiva, which may or may not be discontinued! 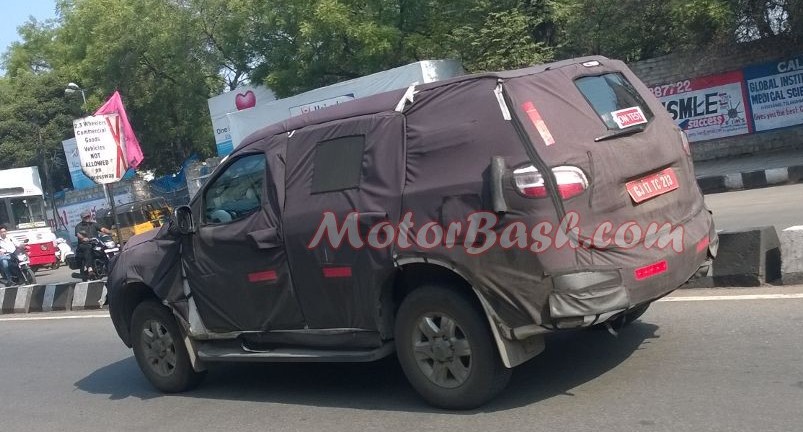 Against the 2.2 liter diesel engine of the Captiva, Trailblazer is expected to be powered by a bigger 2.8 liter diesel engine which, internationally, produces 196 PS of power and 500 Nm of torque for the automatic variant and 440 Nm for the manual. Chevy has imported at least 2 units of Trailblazer in India for R&D at Rs 7.3 Lakhs and we have discussed about them here.