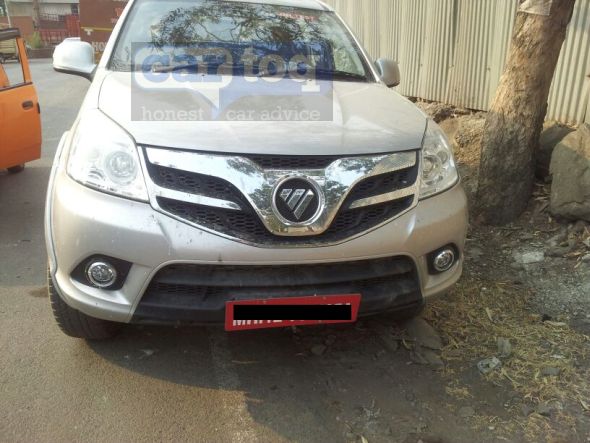 For those of you who do not know, Beiqi Foton Motor Co., Ltd. (Foton Motor or Foton), it is a Chinese manufacturer specialising in trucks, buses, SUVs and agricultural machinery. It is a subsidiary of Beijing Automotive Industry Holding Co., Ltd., and has an active collaboration with Daimler.

If you have been a regular to MotorBash, you would not have needed this introduction as we have shared exclusive exterior and interior spyshots of the Tunland way back in August 2013 and talked about Foton!

Foton is trying to attack the lucrative Indian market with a pick-up truck and for the first time a completely uncamouflaged Tunland Twincab has been caught testing by the folks at Cartoq.com. Although the company has been a little delayed in launching its products in India, it still aims to capture a good portion of the pie. 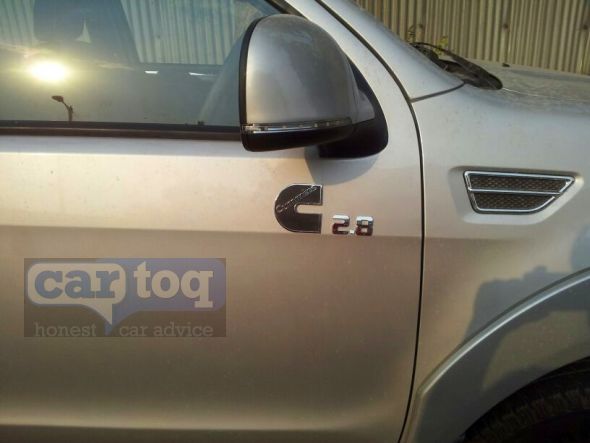 The Tunland in question has a 2.8L turbocharged diesel by the wizards at Cummins, producing 160bhp of power and 340Nm of peak torque. A five speed Getrad manual gearbox takes care of the transmission duties. The car also has leaf spring rear suspension with independent in the front.

A four wheel drive variant is also expected. ABS and EBD should also be present, but might just turn out to be an optional extra. The 16 inch wheels, a huge loading bay capable of carrying a load of 1 ton and a towing capacity of 2.5 ton, and a greater than 5.3m length should make it stand apart from the crowd, but might be a bit monstrous for our roads. 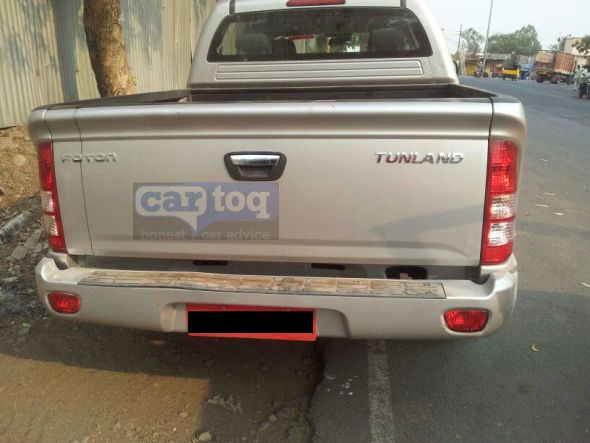 The Tunland will be competing against Mahindra’s Scorpio Getaway, Tata Xenon XT and Isuzu D-Max Space Cab and it will be an uphill task for the company to establish itself here in India. Add to that the fact that the idea of double cab pick-up trucks has only slowly begun to be accepted by the masses. Foton though, can overcome all these barriers with an attractive pricing and proper marketing!

The Pune plant is to be the company’s first production outside China. Now that the Tunland has lost its camouflage and the badge is also clearly visible shall we expect a showdown very soon?