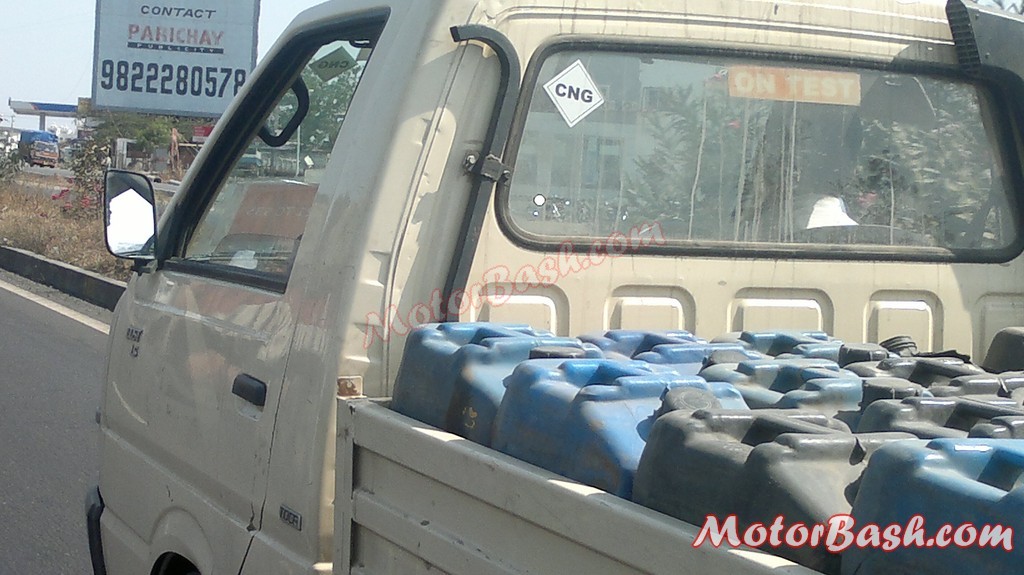 So far we have brought to you a couple of spottings of Ashok Leyland Dost CNG and these fresh spyshots add to the existing tally. What we have shared with you so far are the only conclusive spyshots of the CNG variant with a clear marking at some place of the LCV. 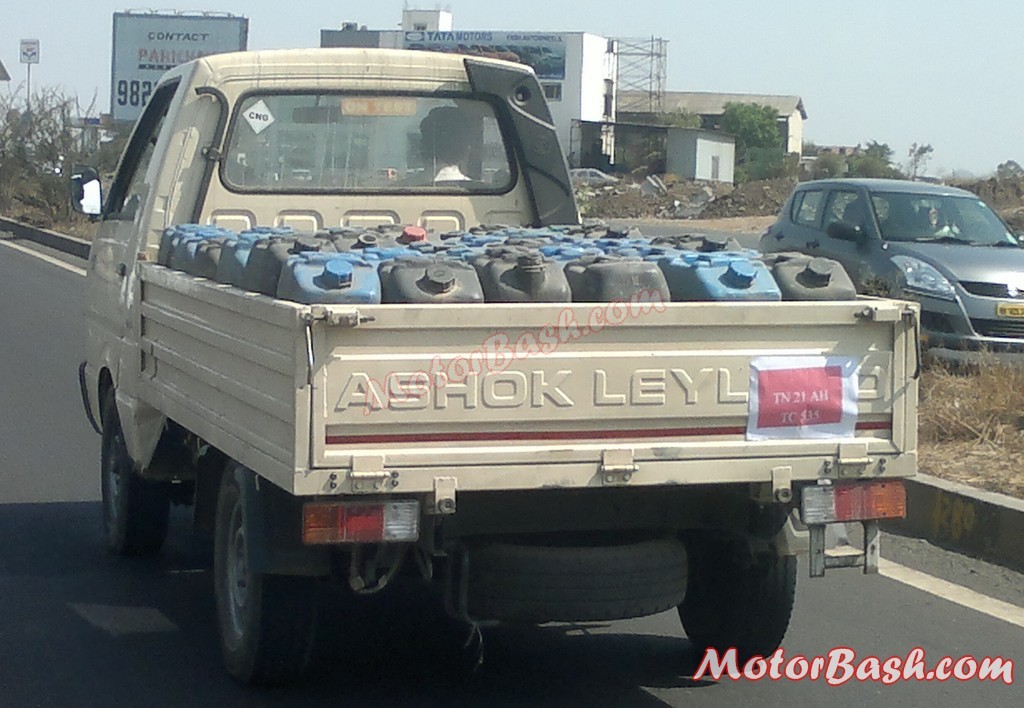 These new spyshots also come from Pune like the earlier spottings but this is a different mule loaded with cans at the rear. The ‘CNG’ sticker at the cabin’s rear glass is a clear giveaway. Ashok Leyland launched Dost LCV in September 2011 which has been a big success for the company.

It kept the CNG variant of Dost on display at 2012 Auto Expo in Delhi and this will be powered by a 1.5L BS4 compliant CNG powered engine which will be mated to a 5 speed gearbox. It is slightly heavier than the existing diesel variant and we expect it to come only in the LS variant. Dost CNG bears a capacity of 24kg of CNG and is expected to be priced somewhere around the Rs 5 Lakh band.

Launch of Dost CNG is expected sometime this year and it is expected to give a boost to the sales of existing diesel Dost. Ashok Leyland is also testing Stile MPV, spy pics of which we have shared exclusively with you a few days back.