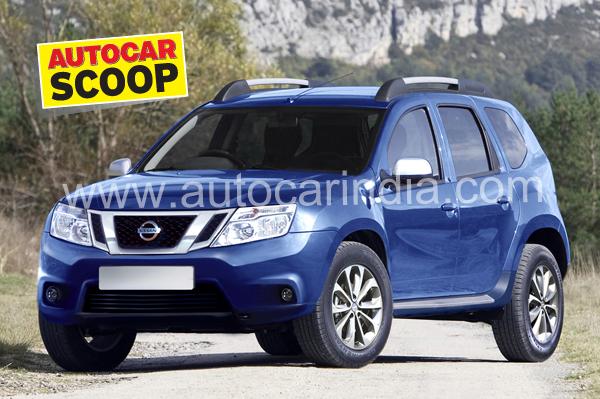 Seems like Mahindra’s ‘O’ bug has bitten Nissan as well! According to a latest, Autocar reveals that Nissan’s upcoming Duster based compact SUV will be called as ‘Terrano‘!

Terrano is not a new name. Nissan already had an SUV named Terrano which lived from 1993 till 2006. It was sold in the European markets and it was also called as Mistral and Ford Maverick in a few markets.

The biggest surprise, however, is the fact that Terrano will be a more premium version of Duster and will be priced around Rs 50,000 to 75,000 over and above this latest rage in the market. This is contrary to the past where Nissan badged cars were cheaper than their Renault badged counterparts. Pulse is costlier than Micra; Scala is costlier than Sunny.

However, Autocar also reports that, to justify this higher price over Duster, Terrano will be generously specced with premium exterior looks and more kit on offer. Terrano will come with a newer fascia, bumper, tailgate and we can expect changes to the headlamps as well as the tail lamp cluster. Interestingly, the report says that there will not be any changes to the interiors with a difference of ‘Nissan’s’ logo at the steering wheel.

Speculatively, Nissan Terrano might borrow a few cues from its bigger sibling, X-Trail. Launch of Terrano could be expected towards the last few months of this year 2013. This means that Nissan might start doing a few test runs soon on the roads and if you spot one, you know what to do? Earn Some Quick Cash by Sharing Spy Pics With Us (More Details).

Also Read: Did You Know: Renault has Increased Almost Rs 1 Lakh on Duster in Less Than One Year?

1 thought on “Fresh New Details on Nissan’s Upcoming Duster Based SUV; ‘TERRANO’ Will be the Name”