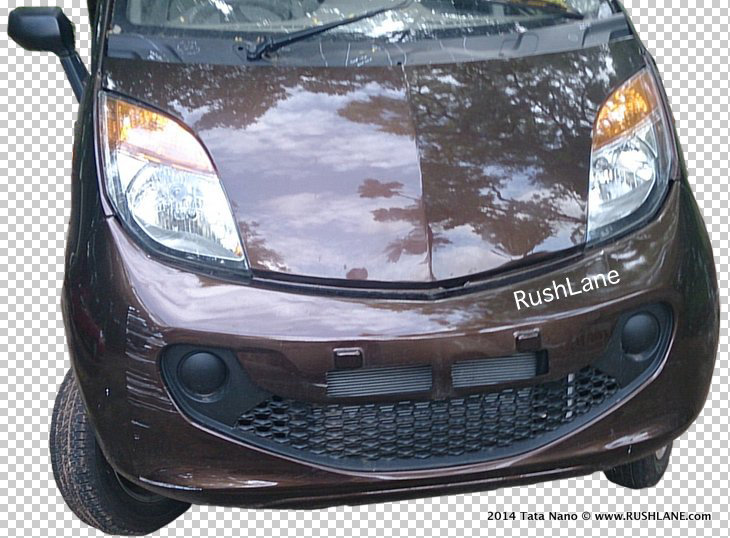 The Tata Nano Diesel is a long overdue model that was supposed to have made its debut by now and it appears to be the only short term savior the company can have. However, either due to some technical issues or Tata’s unknown ploy, it is yet to see the day of light.

It is expected to be launched during the first half of 2014. Nano diesel will be offered with an 800cc engine generating around 40 PS and is expected to return a true on-road mileage of between 25-30kmpl. And hence, after its launch, Nano Diesel is expected to become the most fuel-efficient car in India. Reports also suggest that the diesel engine will feature a Turbocharger sourced from Garrett (Honeywell) and will be world’s smallest unit. 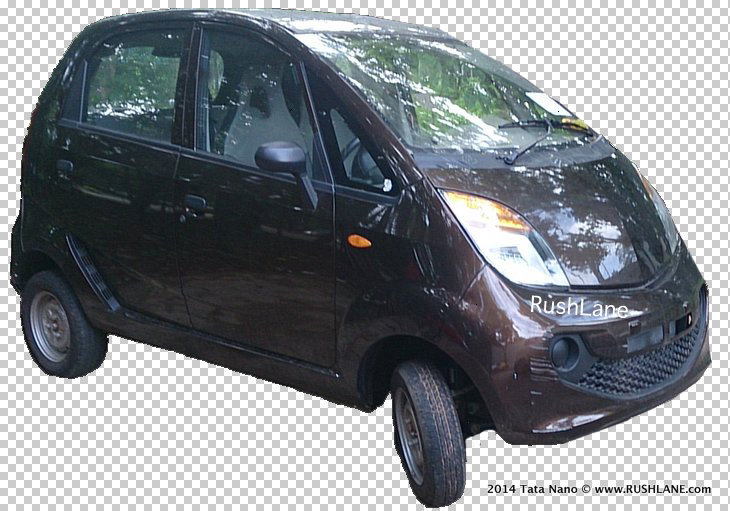 We have a new set of spyshots of the Nano Diesel that have been published by Rushlane.com. Let’s talk about what we see…

As far as cosmetic changes are concerned, the 2014 Nano diesel features a new bumper, whose lip is reminiscent to a smiley, to give it a happy car look. Now, after their ads, the car as a whole will promote ‘Happy’ feelings. It encloses circular enclosures for fog-lights.
A similar design is carried on to the rear as well. 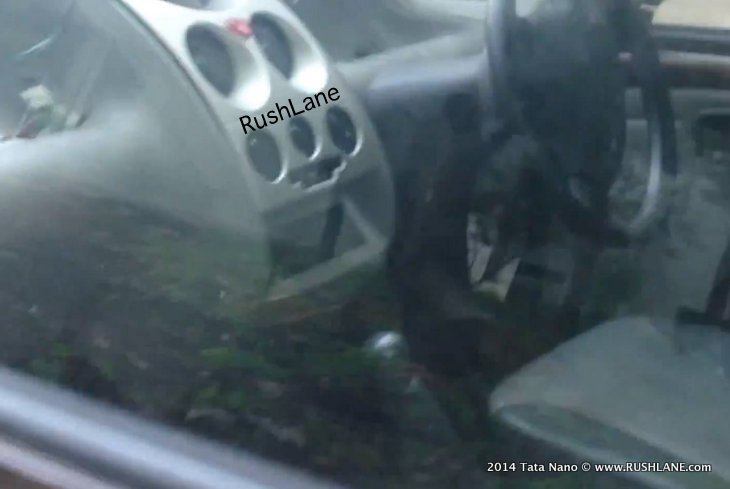 The most significant change at the rear is the inclusion of a hinged boot lid. The fixed hatch has not fared well enough in the Indian market and customers have been demanding an openable hatch for practicality and here is Tata providing a fix for this. We expect this openable boot to percolate to petrol Nano as well. The outline of the rear windscreen has also changed.

Coming to the side profile, the passenger side side-view mirror is missing, which hints at cost-cutting measures. This is a glaring omission which is practiced by almost all manufacturers which offer cars in the entry level segments. We will really want the government to make rear view mirrors mandatory on cars of all sizes and prices! 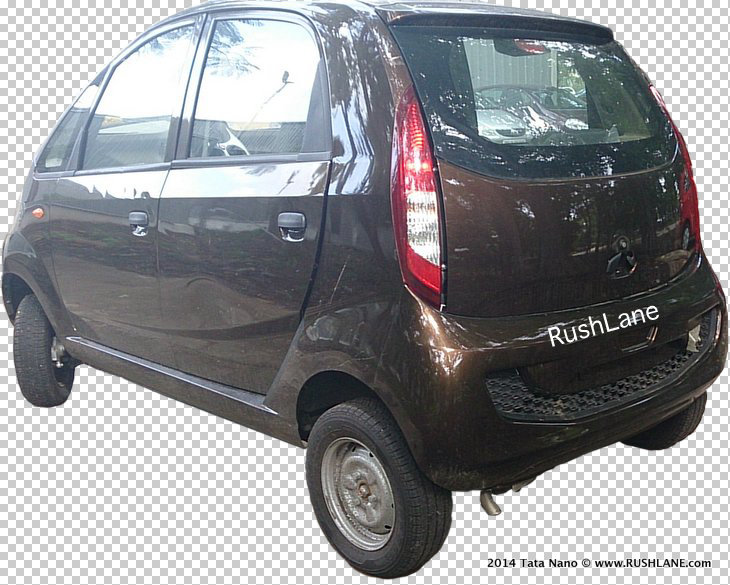 We also have a sneaking bit into Nano diesel’s interiors and the car carries a similar setup like the current Nano.

The current Nano is not doing well in the Indian market. With the launch of the diesel version, Tata is hoping for a game changing car and more importantly a car that can give the utterly underutilized Sanand plant some work to do! A lot would depend upon its price, but will you really buy a Nano diesel?

Read All About Nano Diesel