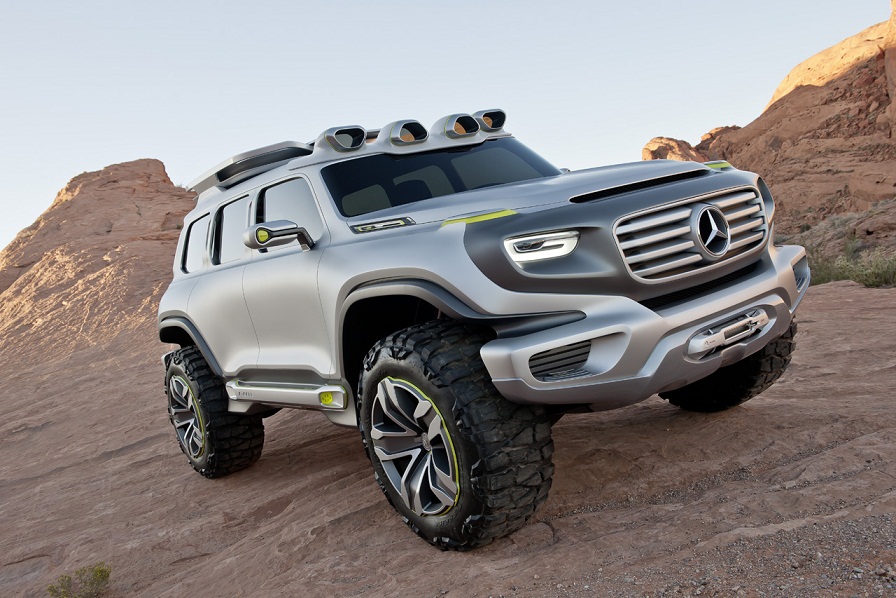 We`ve seen a lot concepts before and this one from Mercedes-Benz called the Ener-G Force makes us feel a little go-guzzler.

This new concept from Mercedes-Benz which is based on the versatile and rugged G-Class SUVs has rugged looks and an imposing stance. With this concept Mercedes has revealed its intentions and a sneak into what lies ahead for the G-Series hard-roaders!

The pictures do look great and the design team at Mercedes-Benz at California has done a fabulous job. With this concept Mercedes-Benz enters the annual Los Angeles Auto show design challenge which will be held at LA motor show. 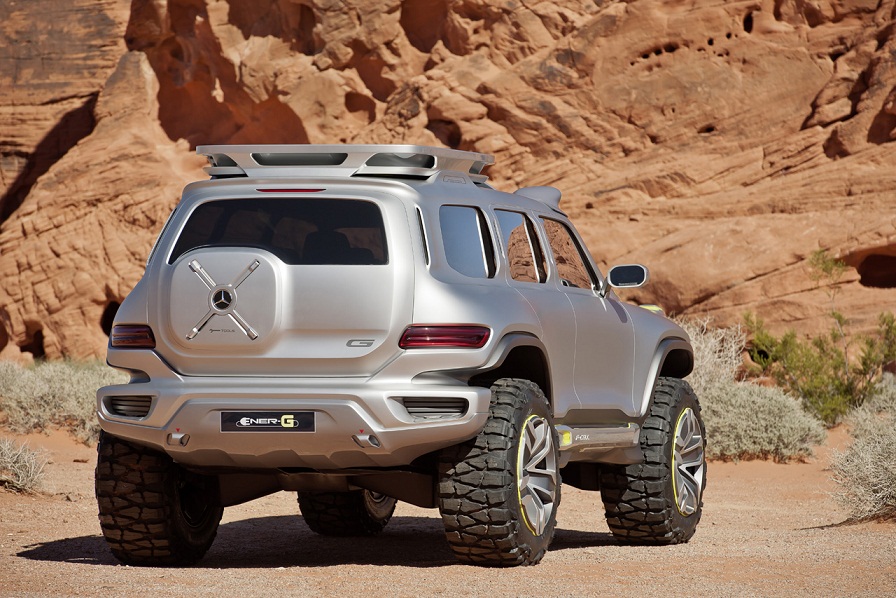 Mercedes-Benz design Chief Gorden Wagener said that the Ener-G Force is the beginning of a new off-road design from the Luxury car maker. According to sources this is going to be an all electric SUV. The SUV would be powered by four wheel mounted hydrogen powered electric motors and a hydrotech convertor which would generate electricity which would be stored in the batteries. Ener-G-Force would emit water and has a hypothetical range of 500 miles. 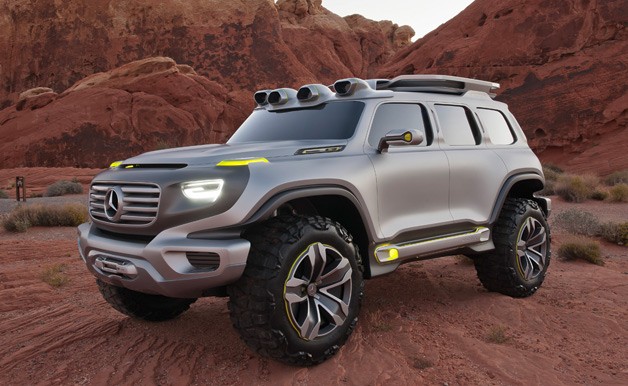 The new line of SUVs that are expected to be adorned on future G-Class from Mercedes-Benz based will rival Range Rover`s upcoming models. A look at the pictures gives us a clue of what we can expect from Mercedes-Benz future line up.