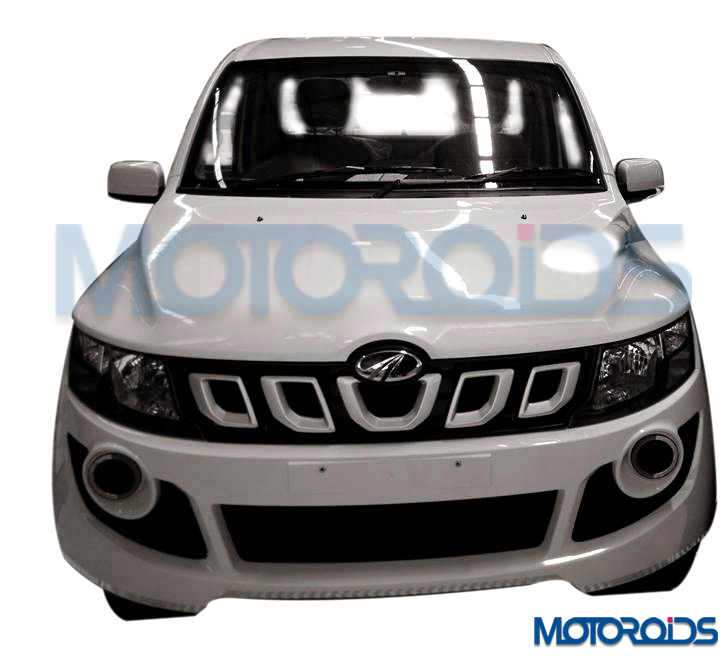 Mahindra’s engineering team seems to be working overtime to update their complete line-up along with the introduction of new products. After the XUV500 and TUV300, the attention seems to have shifted to the commercial vehicle territory. The Genio, which is the pick-up truck version of the Xylo was spotted recently in a new avatar by the folks at Motoroids.

The front section gets a major cosmetic makeover with a refreshed grille following the design philosophy of the new age Mahindra Utility Vehicles. They use new floating elements which give a characteristic design edge to the products. Apart from this the new Genio also sports new head lamps which appear to be slightly sleeker. The indicators this time get clear lenses. 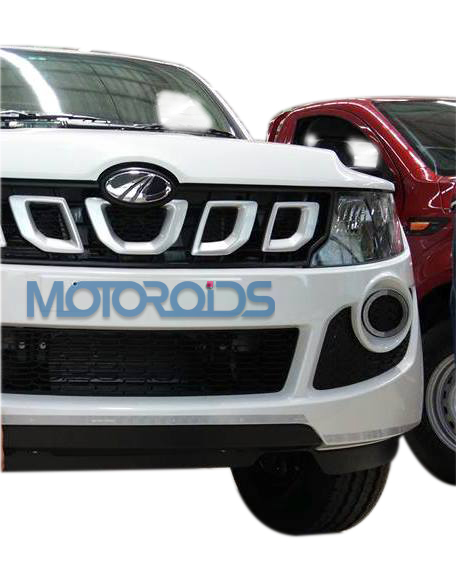 However, for some reason these spyshots of the the new Genio show a strong resemblance of the grille with the XA Alpha concept model showcased by Maruti Suzuki back in 2012. So essentially, Maruti seems to have ditched it (yes the YBA compact SUV appears far from the XA-Alpha concept) and Mahindra seems to have picked it up.

Since the Genio and the Quanto use the same underpinning as that of the Xylo, one can expect a similar update to percolate to the Quanto as well very soon and for the first time – we can say that something from the terribly ugly Xylo platform may look pretty good!

The Genio facelift also gets a new hood with more prominent muscular lines. It also gets a refreshed front bumper which continues to sport circular fog lamps.

The engine is expected to be the same 2,489 cc mDI CRDe mill producing 75.1 bhp of maximum power and 220 Nm of peak torque in the range of 1,400 to 2,200 rpm. The Genio is available as a single cabin as well as a double cabin pick-up and the facelifted version can be expected to be launched soon. More interesting than that, will the upcoming Quanto facelift, with a similar ‘smart’ treatment become a thing to reckon with…?