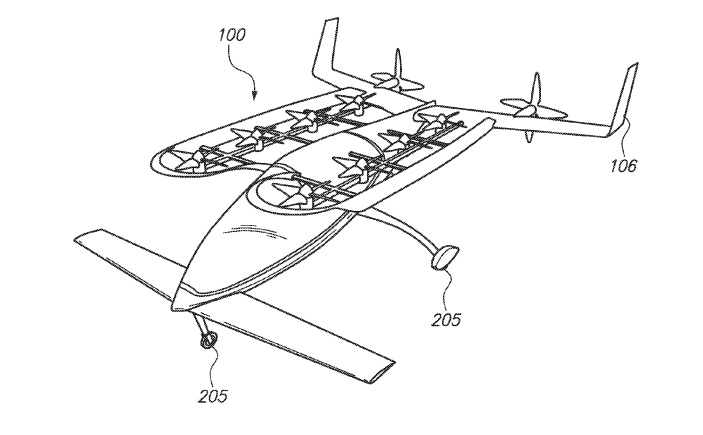 Flying cars, be it Back to the Future’s DeLorean or the magical world of Harry Potter’s Ford Anglia, they have always managed to capture our attention. However, it is the year 2016 now and so far neither magic nor science has made flying cars a day to day reality. Hopes though are now being pinned on Google to make it happen!

While their autonomous car project is being worked on rigorously, as per Bloomberg, Google’s co-founder Larry Page has personally invested in a startup called Zee.Aero which is working on a flying car! Page has been funding the startup ever since its foundation 2010. The even have a facility near Google’s headquarter in Mountain View, California. The word on the street though is that Larry had demanded that his involvement be kept as a secret.

Zee.Aero has nearly 150 employees and has seen an investment of more than 100 million dollars by the Alphabet CEO! So what are they working on? As per a patent report, they seem to be building an all electric personal airplane which can undergo vertical takeoff/landing as well as horizontally. The compactness seen from the patent sketch means that it can be parked using a very small space.

That’s not all. The report further adds that Larry has recently also invested in another startup called Kitty Hawk, which has a similar aim.

1 thought on “Google’s Larry Page Funding a Startup Working on a Flying Car?”