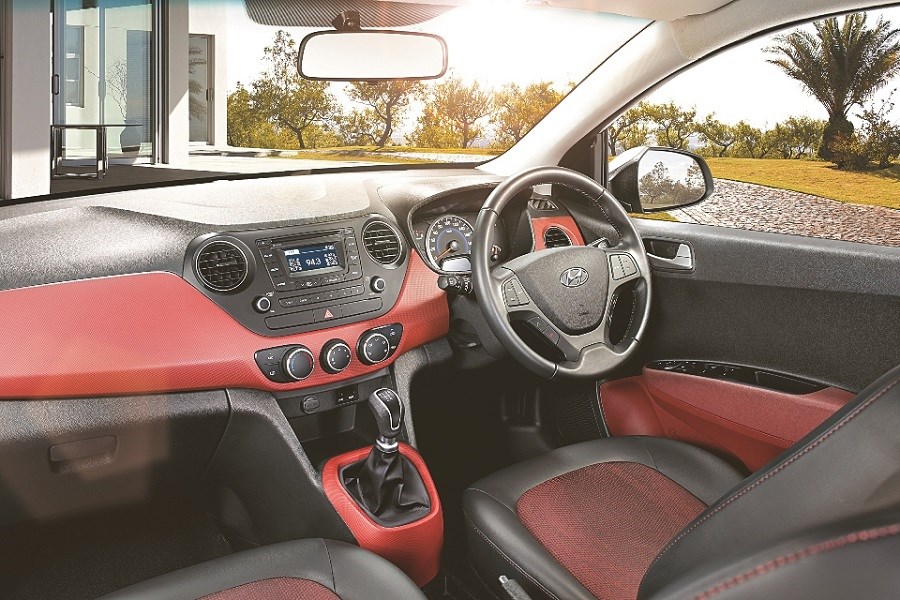 Hyundai has launched a SportZ edition of their Grand i10 in India as a part of its first anniversary celebrations. While the Grand i10 has been a great success for Hyundai India, the country’s second largest car manufacturer, they intend to take this opportunity to further propel its sales.

Our regular readers will remember that we had talked about the i10 sports edition, which was launched in Germany back in July. While the car that we have got may not be as sporty as the German version, but it does look good.

The Grand i10 SportZ version features Bluetooth connectivity and steering mounted controls, 14 inch diamond cut alloy wheels (the German model gets lovely 17 inch ones)… hold on a second… this was already standard right? So what’s new? This…

The German version also gets better looking racing stripes, sporty side skirts and a lowered suspension! However, ours sportZ version hasn’t got any of those.

The German model comes only with a 1.2L four pot petrol motor however, Indian Grand i10 SportZ gets the 1.1L U2 CRDI diesel mill as well.

The Indian prices are as under:

Hyundai also informs us that they have so far sold 1.1 Lakh Grand i10s in India within these 12 months since its launch.