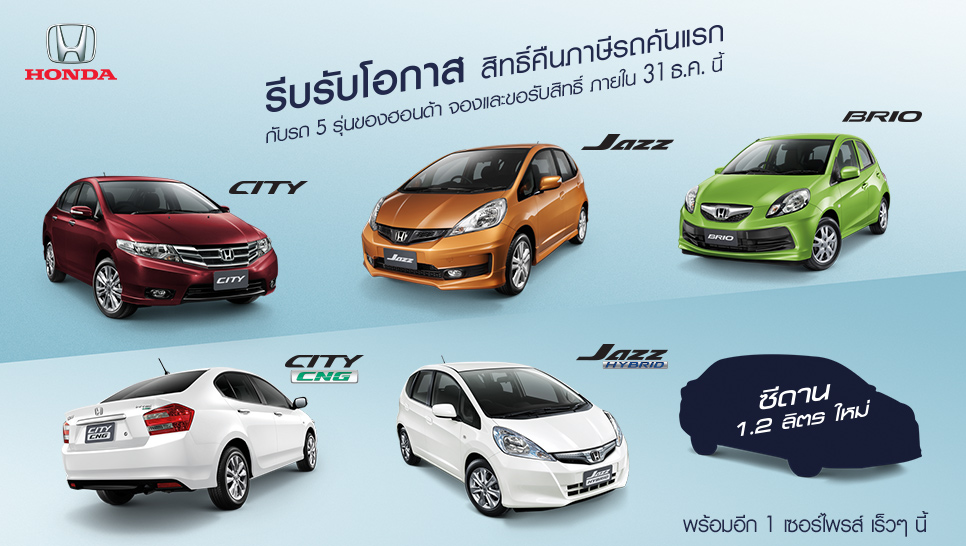 Honda has released a teaser on its official Thailand’s website which lists its smaller cars but the point of interest here is the inclusion of an under-cover car.

This is the way companies start building hype of an upcoming product. Now looking at it closely our assumption is that it is the upcoming Brio Sedan.

Now, we are not saying that Brio sedan would be exactly like the hatch but it would ‘at least‘ definitely borrow major cues from it, is what our guesstimate is. Now, we do not understand Thai else we would have cracked what is written over the car. But there is ‘1.2‘ written which we can make out. If any of you know Thai and can decrypt it for us, please do so in the comments section below.

If you do not know why we are exaggerating and talking something which we even do not understand? It is because we are also awaiting the Brio compact sedan in India which has been confirmed by Honda India. The most important bit here is that according to the latest speculations Honda Brio sedan might make its entry in India as early as April 2013.

If this car pic, on which we are banging our head upon so much, is in fact the Brio sedan (which it looks in all probability), it takes us one step closer to our Indian version as well.

So, are these first official signs of Brio sedan? Keep hooked as we try to dig more…