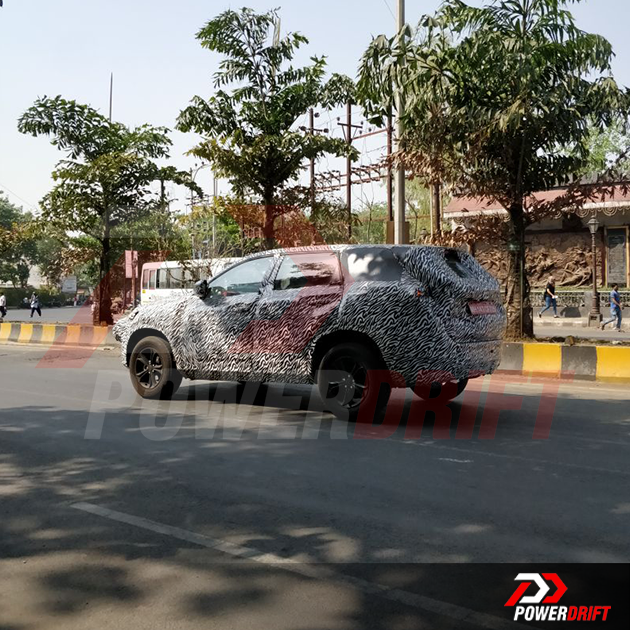 Once launched, the H5X concept based SUV will compete against Creta and Compass.

New photos of Tata H5X based SUV have surfaced again. In a Facebook post, Powerdrift has shared some clear side and rear profile pics of a highly camouflaged test car. What we can see is, the butch stance of the front is nicely carried towards the rear as well. The car appears to extend quite a bit behind the rear doors. This might mean a big boot will be on offer. We still need to see how Tata will end up designing the car from inside.

Tata has been developing new products for its passenger car line up and H5X concept is one of them. It is based on the Jaguar-Land Rover’s entry-level SUV platform which Tata calls as the OMEGA-Arc (Optimal Modular Efficient Global Advanced Architecture) platform. The H5X concept was unveiled at the 2018 AutoExpo. 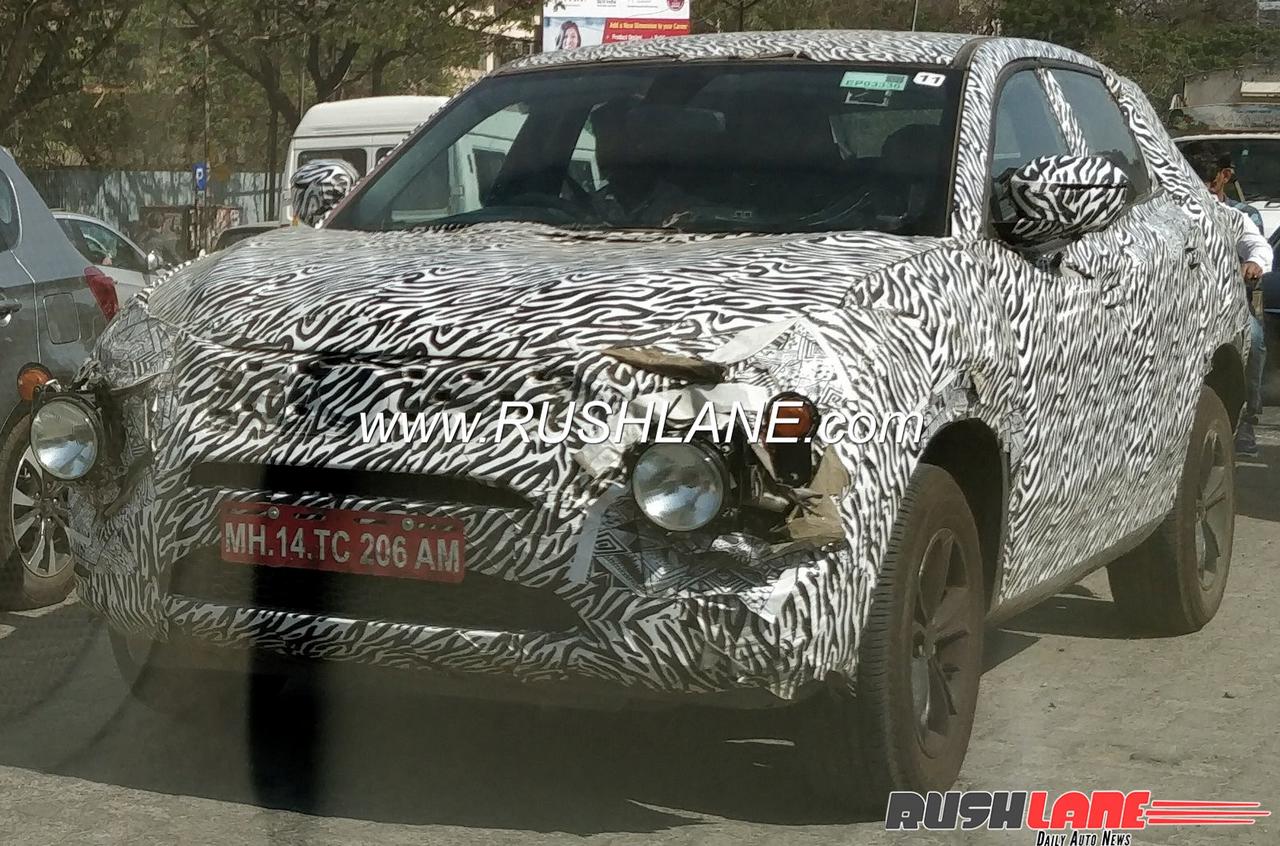 Few days back, Rushlane published a story with spy pics of a highly camouflaged test mule. The new pics appear to be of the same test vehicle. With this, now we clearly know how the new Tata H5X based SUV will look like from all angles. The test car appears to be a five-seater version of the SUV. An eight-seater one is also expected to be under development.

On the front, the car appears to have similar contours as the concept but has lost a lot of its muscle especially from the sides and doors. The stance still looks pretty high with large wheels, big wheel arches and chunky tyres. All these aspects should ideally make it to the production model as these are part of Tata’s new design language, called the Impact Design 2.0, on which the new car will be based.

It is expected that the car will be high on creature comfort and safety equipment, similar to all the latest Tata offerings. There are rumours of a 4*4 version too. Speculations are Tata might use Fiat’s 2-litre diesel engine to power the car but, nothing concrete is known yet.

When launched, this H5X concept based SUV will compete against Jeep Compass and Hyundai Creta in India. If Tata price it right and keep it niggle free, this can be a serious contender for them in the mid-size SUV segment.