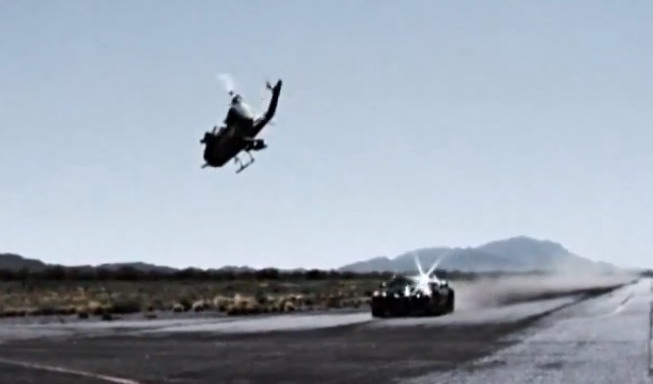 We all love Top Gear. And in its latest 19th Season, it promises to be more fun than ever! We have witnessed some fabulous on-road, off-road and no-road drama but this is something which we would not want to view!

Top Gear Korea was filming the drag race of a Chevrolet Corvette ZR1 with an AH1 Cobra military helicopter during a sequence. All went interestingly well till the drag race got over but its what happened after that left everyone shocked down to the bone! The helicopter went topsy-turvy and crashed into the dust. What happened after that is not revealed in the video but the first message of the video confirms that no one was seriously injured during all this and we hope this applies to the pilot of the helicopter as well!

Here is the video for you: