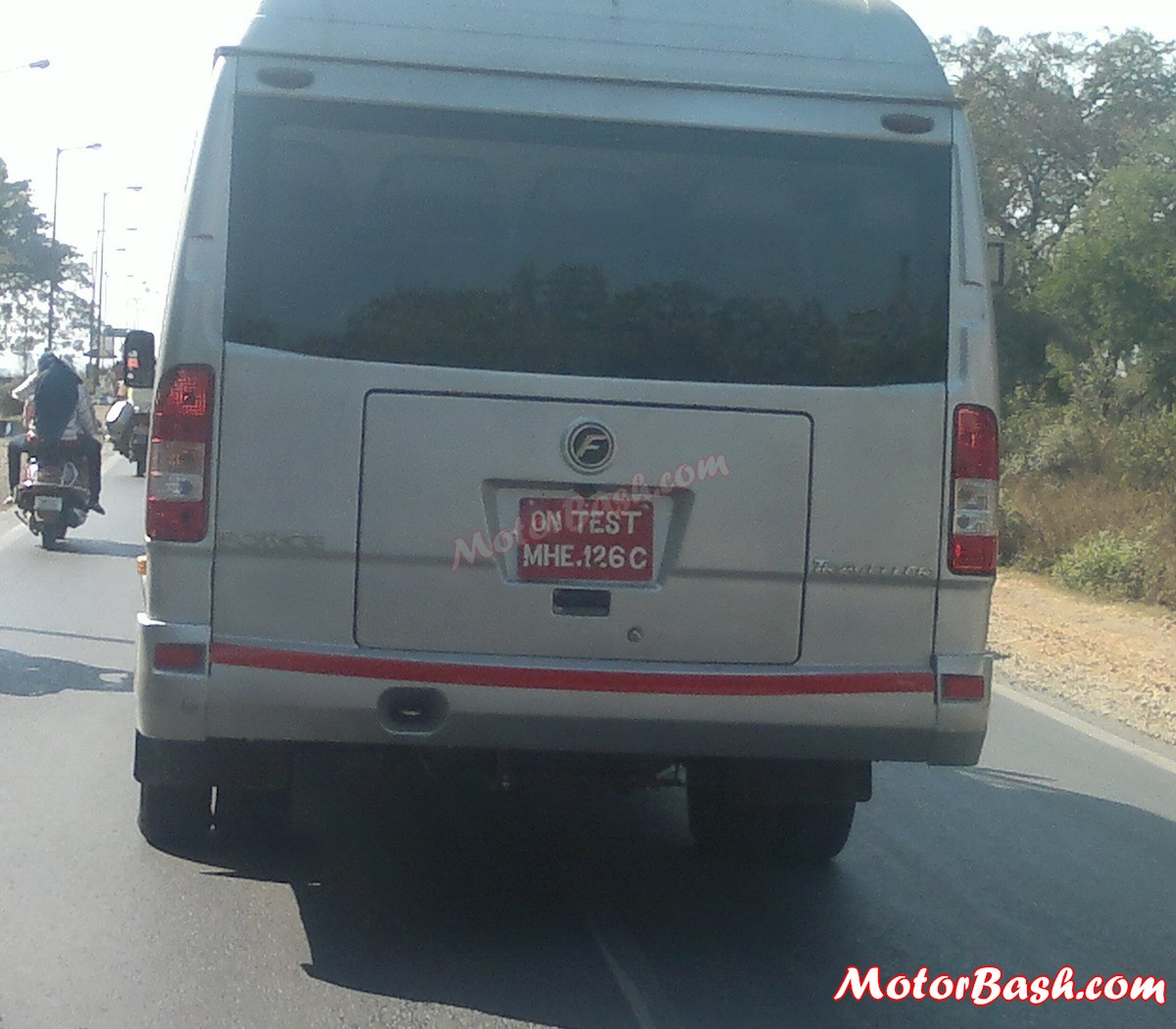 Pune based Force Motors launched the World’s largest Monocoque Bus, the 26 seater Traveller26 in October 2012 at a starting price of 10.87 Lakh ex-showroom.

The bus comes loaded with a lot of interesting features like disc brakes on all 4 wheels, world’s largest monocoque panel, higher fuel efficiency, highest power to weight ratio and a lot more. Force also said that a CNG version of the bus is under testing and would be launched sometime in first half of 2013.

A couple of days back we spotted this ‘ON TEST’ Traveller26 at the same route where we have spotted the 2013 Trax Gurkha many a times. Though, there was no clear demarcation that this is a CNG version but that is what is in pipeline and this possibly might just be the greener version of Traveller26.

Force might launch the Traveller26 CNG around March or April of this year. Force will also launch a luxurious version of Traveller26 towards the end of 2013 which will have lesser seating capacity and will come with features like better seats, posh interiors and more comfort.

Traveller26 is powered by a 2149cc 4 cylinder CRDI diesel engine which pumps out 129PS of power output and a maximum torque of 295Nm. For all details and pictures of Traveller26, please click here.