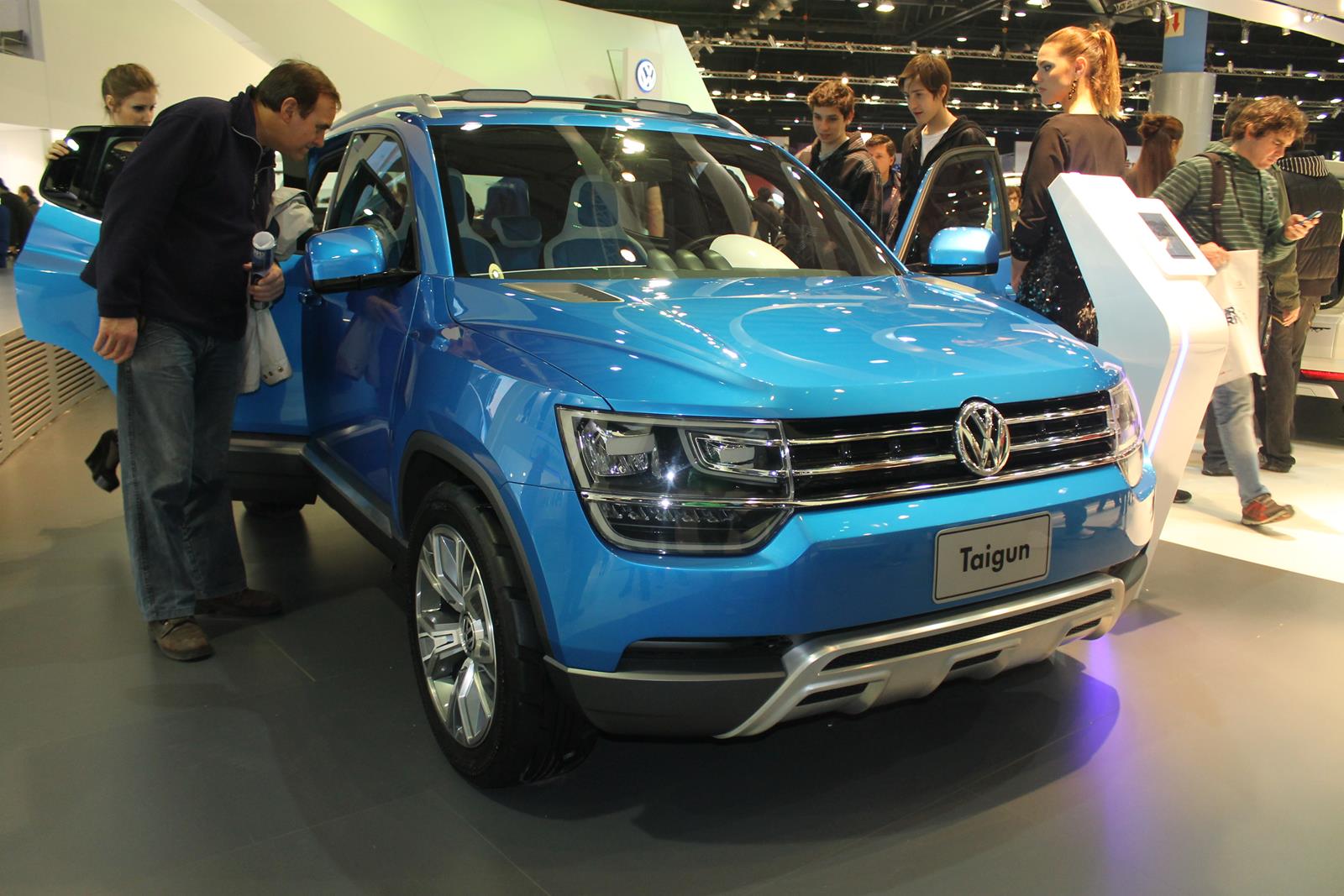 Let’s accept it! Majority of you reading this have an urge at some corner of your heart for a compact SUV. The trend which was started by the fabulous Duster, will be taken ahead by a plethora of new entrants in this segment.

EcoSport, XA-Alpha, Mahindra’s S101 all expect to snatch a huge share of this segment from each other. We have been reporting about Volkswagen’s Taigun right from the day when it was unveiled at the Sau Paulo Motor Show in October last year. The compact SUV was showcased at the Beunos Aires Motor Show in Argentina and live pics from the show have been shared by Indian Autos Blog.

Volkswagen has been caught testing their tiny Up! hatch in India and Taigun is a compact SUV based on the same platform. Taigun measures just 3.86 meters which is 0.13 meters shorter than the Indian Ford EcoSport. As you have guessed already, Taigun in India will enjoy the sub 4-meter excise duties. Taigun is 1.86 meters wide and has a wheelbase of 2.47 meters. 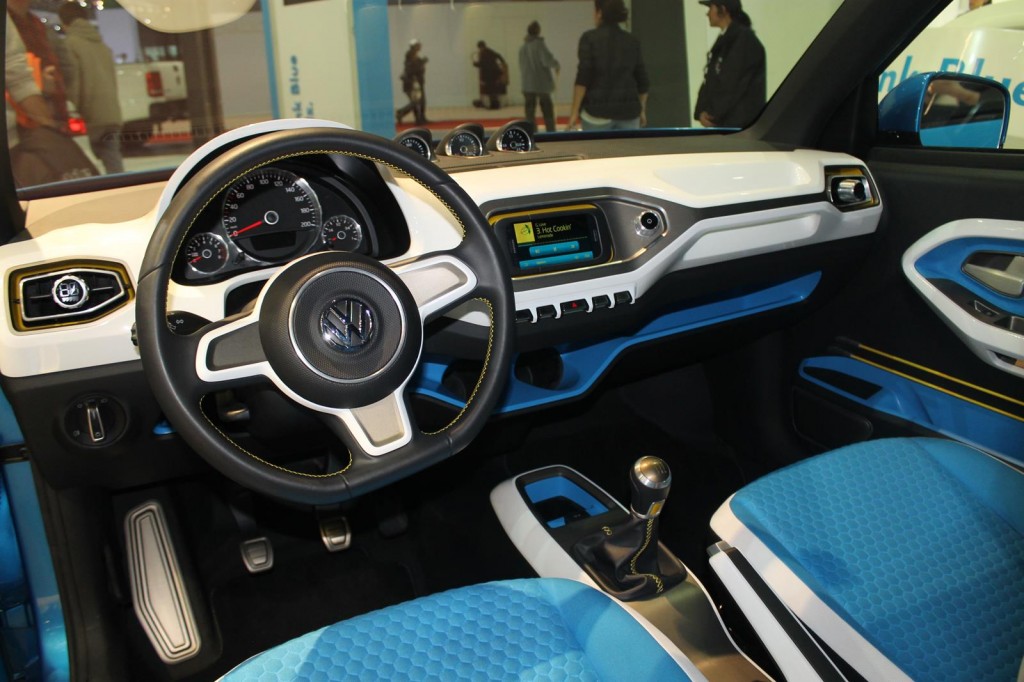 Taigun concept wore 17 inch shoes, which we are sure, will be pruned to  lesser diameters when it comes to India. It comes with a smaller 280 liter boot space which can be extended to 987 liters by pushing the seats down. As we can see from the pics, the car has very compact dimensions and hence interior space doesn’t appear to be very generous. However, usage of blue, beige and black does make the interiors lively. The dashboard along with a few other bits look a lot inspired from the Up!

Taigun gets a 1.0L 3-cylinder turbocharged petrol motor which is capable of producing 110PS of peak power and a very impressive 175Nm of maximum torque and comes coupled with a 6-speed manual gearbox. The specs are in line with EcoSport and we are sure there will be a diesel motor in the arsenal as well. 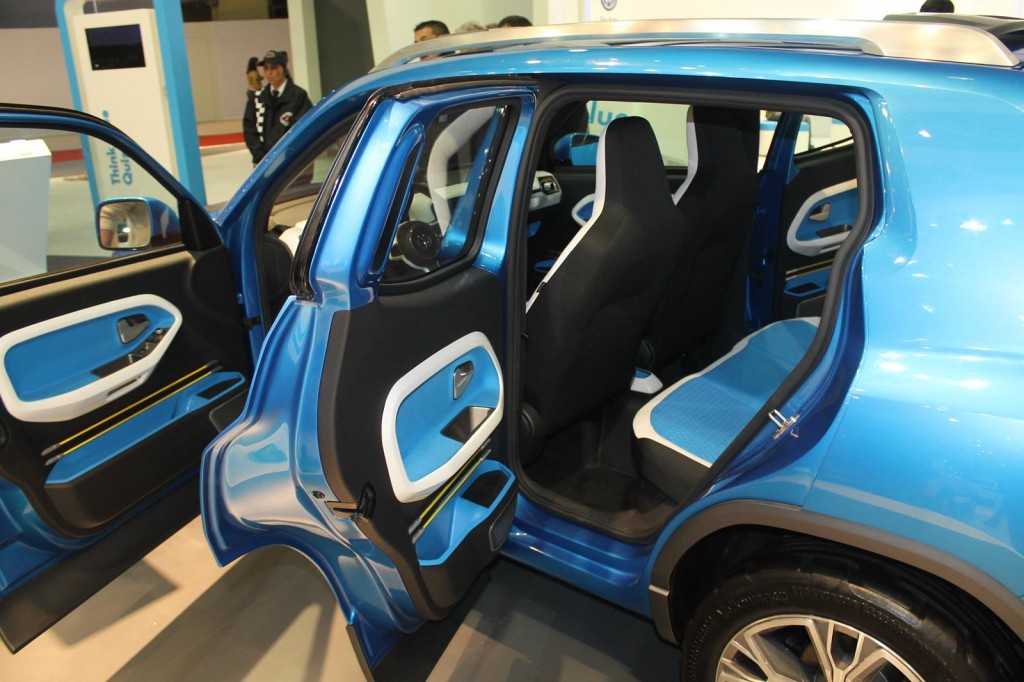 Taigun tips at 985kgs at the weighing scale and hence, can do a naught to 100 kmph in only 9.2 seconds with a top speed of a mind boggling 185 kmph, returning 21kmpl of fuel efficiency at the same time. And since we are not used to such pampering, let us expect a few detunings to the engine. 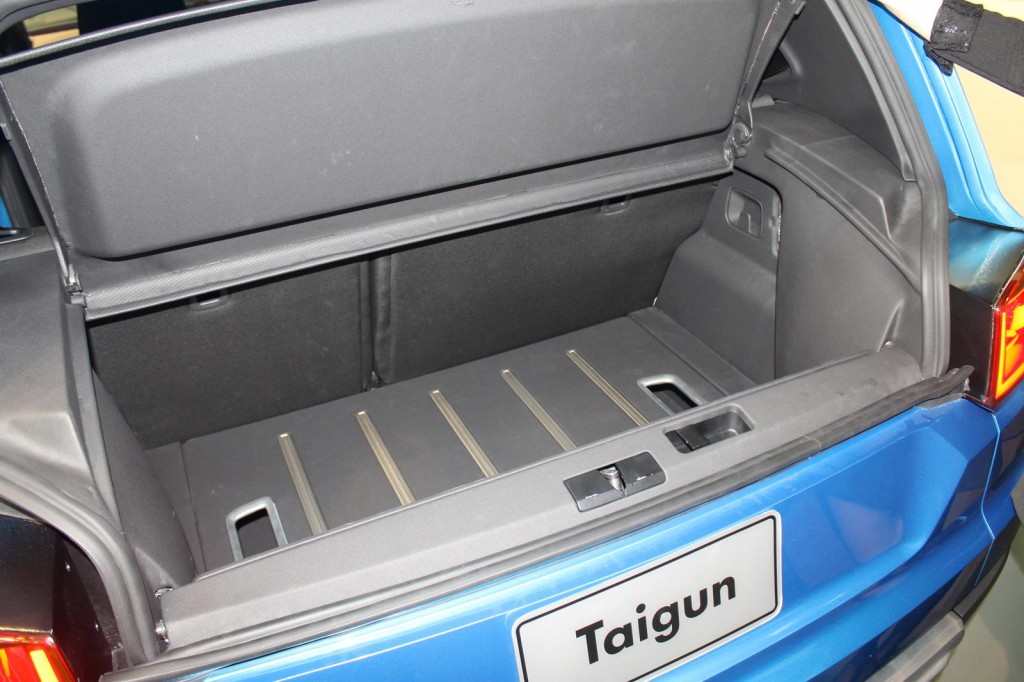 Taigun is still some time away but many reports have indicated that it is definitely coming to India. When we try to analyze, we understand that Volkswagen will place it above their upcoming CrossPolo and hence, expect a slight premium over its competitors.