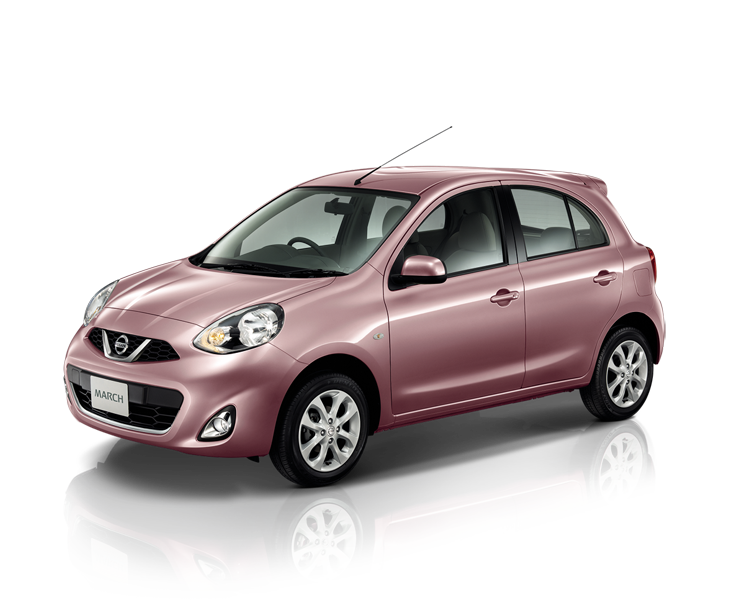 Nissan has launched the new 2013 Micra hatch in Thailand which is called as March in that market. And as we have seen from the spyshots that made way a few days back, the car with its new face looks much better than the current version.

The car gets a redesigned front with a new fascia. The headlamps also get pointed. The air dam gets bigger and has trapezoidal fog lamps on either sides which lends a  better and wider appearance. 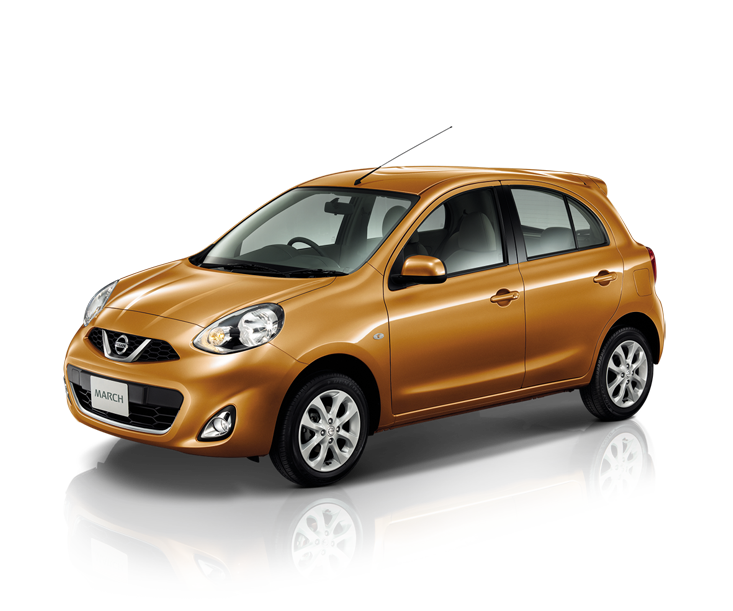 The grille also goes through a revamp and gets the Nissan logo between a ‘V’ trench of chrome lines. The tail lamps are also refreshed and get the LED treatment and both the bumpers get modified to accommodate these changes. New Micra/March continues to use the same 3 cylinder 1.2L petrol motor which produces 79hp  of power and 106Nm of torque. In its new avatar, Micra looks a lot less-feminine and must appeal to the darker sex as well.

The new 2013 Nissan March’s price range starts from 38,800 THB which is equivalent to Rs 7.18 Lakhs and the car is available in 7 color options. Interestingly, we could not spot the color that was caught in the facelifts (Was it olive green?). Though there is no official word from Nissan but we feel that this facelift will also make way into the Indian market sometime later.

What we do know for sure is that, Nissan is testing an entry level variant of Micra, Micra Active in India which is slated for a launch soon. Also, Nissan will be launching a CVT version of the car sometime this year.

1 thought on “Here is the Facelifted Nissan Micra – Pics & Video”