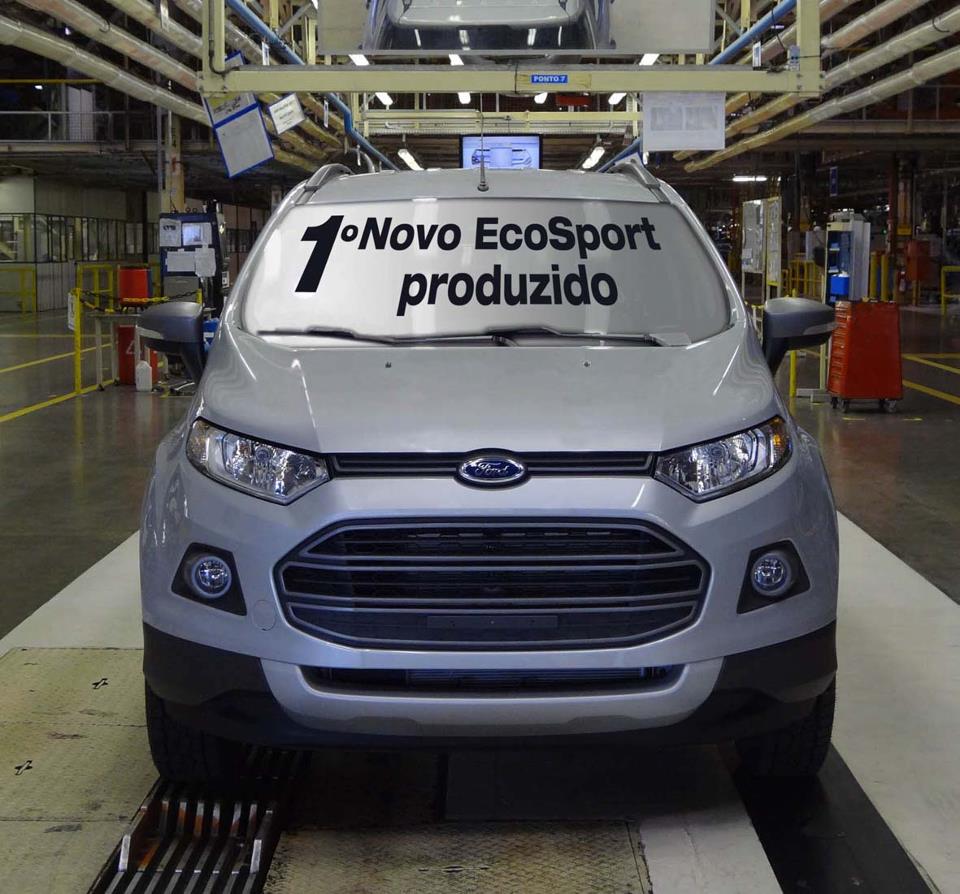 This is the first ever production version of the New Ford EcoSport in the world. Brazil is the first country to get the new EcoSport which will be followed by other international markets including India.

The first produced version is the 1.6L FreeStyle variant in silver color. This one and the other 2499 EcoSports are already reserved for people who have booked during the online campaign started by Ford in July. For those who have missed booking the car will have to wait till Ford makes it available to dealers across the country in September.

Know all the details,variants,specs and prices of Brazilian EcoSport

Ford is planning upon an early November 2012 launch for EcoSport, if not, then it should be around in India during January 2013.

In India, the chief competitor for Duster would be Renault Duster which has received a whole-hearted welcome in India.