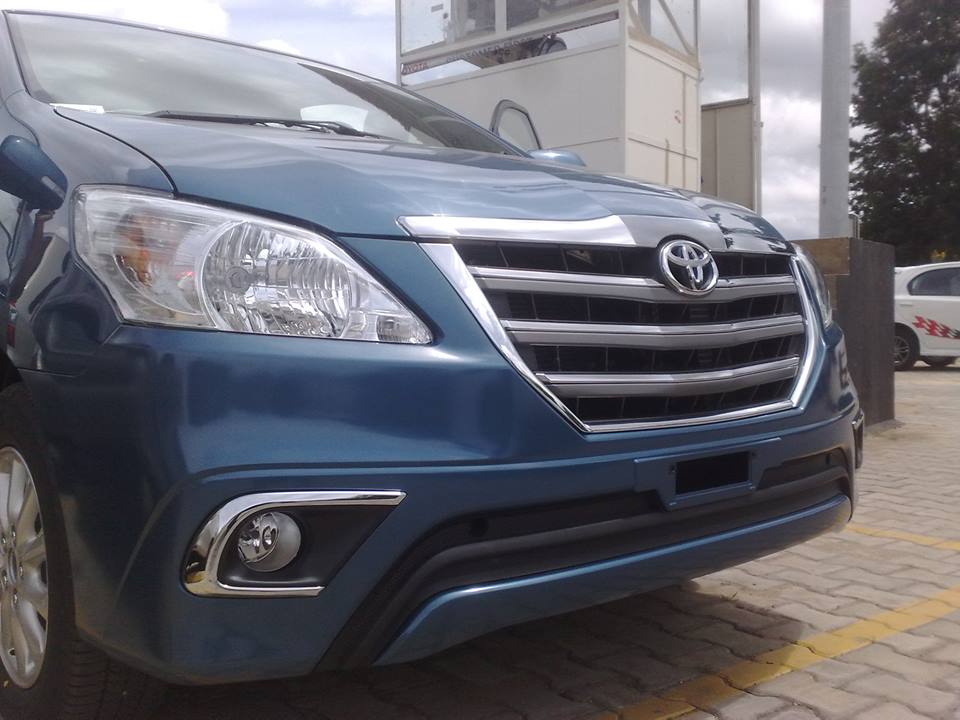 Toyota’s mainstream MPV – Innova was given an overhaul in the Indonesian market recently and following which reports of its introduction in India started flowing. This end of life makeover will aim to keep the volumes coming until the completely revised edition comes in 2016.

In a latest development the dealerships have been instructed to clear existing stocks and prepare for the arrival of the new model. And now, thanks to Fly-wheel.com, we have the spyshots of the facelifted version caught in some undisclosed dealership yard.

The spyshots reveal the same front and rear facia we saw in the Indonesian model and confirms the launch of a new top end ‘Z’ trim.

Sadly, these minor changes are paltry to make the new version look better. In fact Innova, in its new avatar, looks hideous and bland! 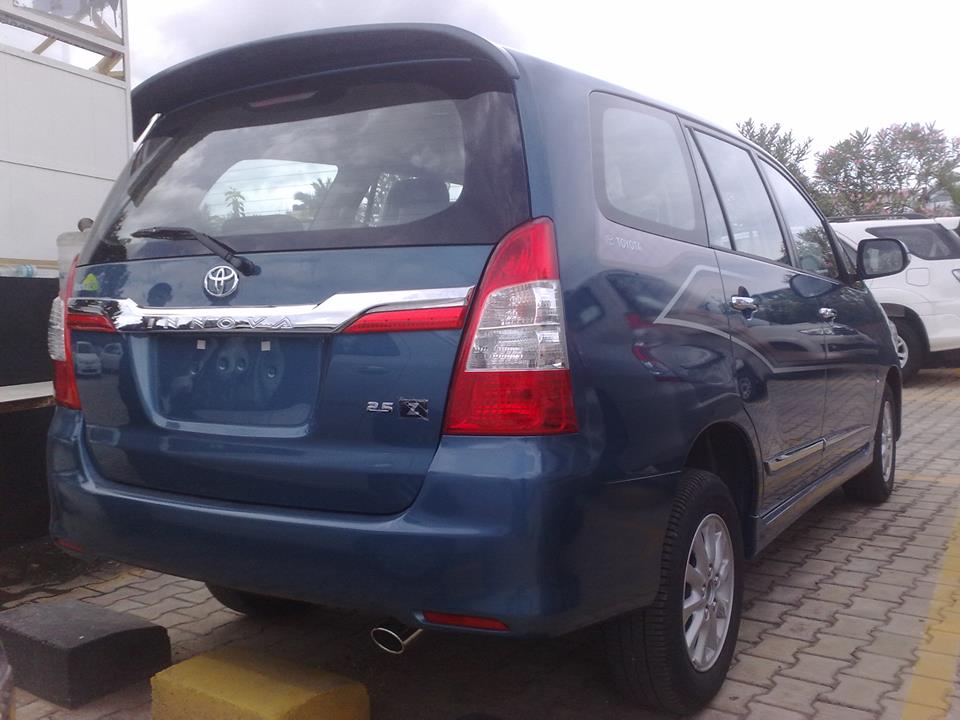 TKM will introduce a new top end variant – ‘Z’ which will be positioned over the current top of the line VX. It gets a new infotainment package comprising of – LCD touchscreen and multimedia readability from iPod, USB stick, CD and AUX.

We are not sure whether the infotainment pack will be available in all variants or is specific to the Z trim only. The Z trim is expected to retail at around Rs 17.5lakhs costing Rs. 40,000 to 50,000 over the VX variant. Being more of a commercial MPV  product, Toyota’s move to make the Innova a premium life style product makes no proper sense to us.

As has been the trend, Innova facelift will definitely see a price hike. According to us, Innova is one of the most unjustifying and overpriced car in the country and frankly speaking, never feels like a 15-16 odd Lakh product with its absolute lack of features, equipment list and underpowered engines.

With these smaller bells and whistles Toyota may sail this festive season but in competition against low priced, better equipped present and upcoming products, with a decade old styling and premium price tag it is going to be tough for Toyota to retain its position.

Launch is expected to happen either this month in September or early October.