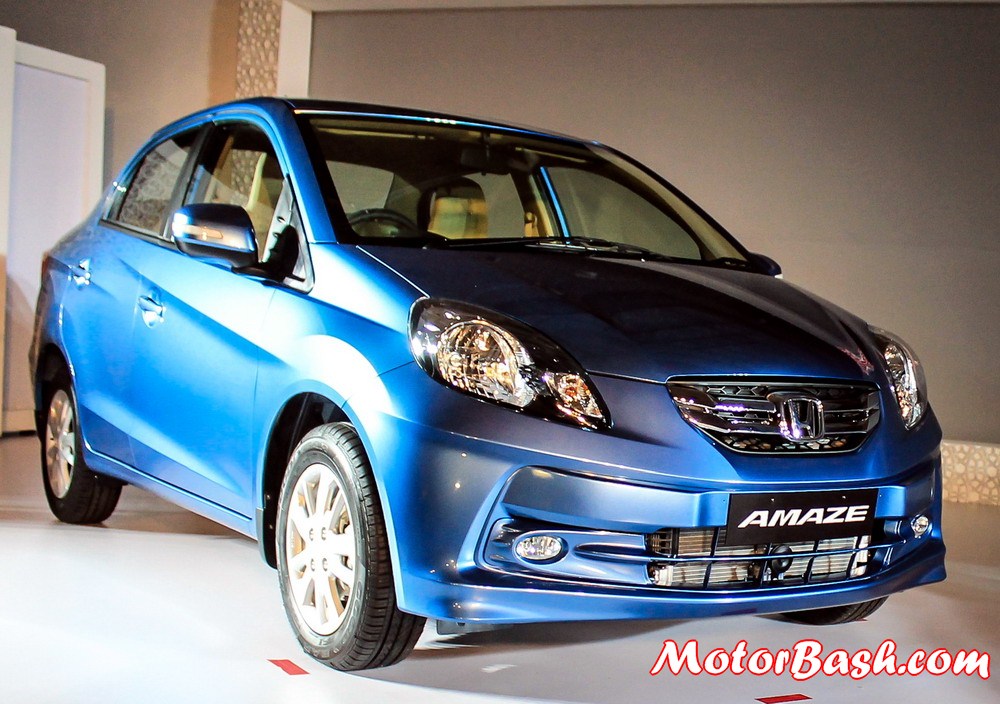 These figures will put a wide smile on the faces of Honda’s top honchos. And this is not really a very good news for Maruti. Its barely a couple of days of Honda’s most awaited Amaze’s launch and the car has already mopped up 6500 bookings.

Although Honda started Amaze’s bookings a few days before its launch but 6500 is a real good figure for the company to give confidence in Amaze. These numbers also share the fact that people are willing to part ways from Maruti Dzire. This is obviously under the assumption that majority of these bookings will translate into final sales and maximum number of these bookings would have gone to Dzire otherwise.

This also reveals a fact that a product has higher chances of success/interest when it is priced appropriately in India. It is also expected that Honda can capture around 20-25 percent of the overall market in the coming year. Apart from Dzire, Amaze will also hit recently launched Chevrolet Sail, Toyota Etios among others.

However, this success story also has a black tale to speak. Honda has a very limited capacity to produce only 10,000 cars per month as of now. And this is spread across to all the products they sell in India. Honda’s Noida plant is running to its full capacity and producing 440 units per day. From next year Rajasthan plant will also start rolling out cars and this is when Honda expects to double its capacity to 2,40,000 cars per year.

But somehow, Honda has to stop Amaze going into a huge waiting period. And if they can succeed in that, this could be their best ploy of making Amaze a huge success in India. Meanwhile, Maruti is also not sitting idle. To face the onslaught, the company is planning to launch a special edition Dzire Regal very soon (Read Details)