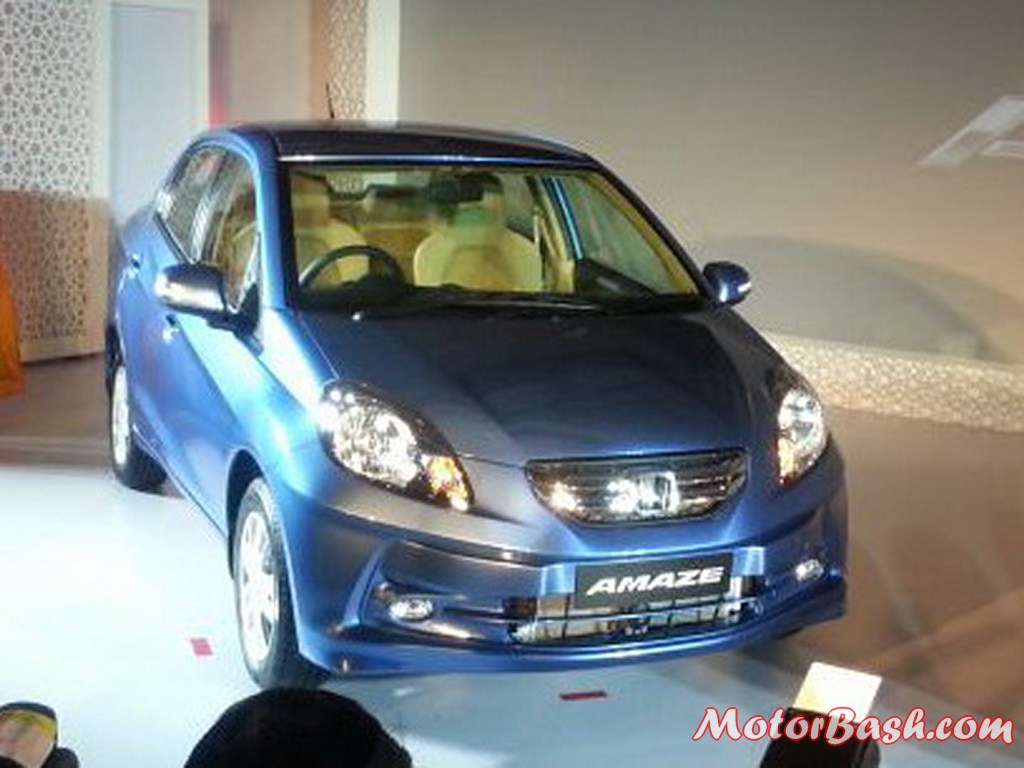 With the launch of Amaze, Honda has entered a territory which Maruti has been dominating for a long time. In fact, Amaze appears to be the first product that can really wage a war against a ‘Maruti’ stickered Dzire.

We covered the event live yesterday revealing all the details as they happened. We broke out the prices as they were uttered by Honda’s top brigades.

Today let’s compare Amaze against its chief rival Maruti Dzire and figure out which one is the best out there. (Lot of pics of Amaze will be added shortly)

Honda has just introduced its first diesel car, Honda Amaze in India. The dynamic sedan is going to make its special mark in the entry level compact sedan segment. The first diesel car of Honda family will give a cut throat competition to one of the best-selling sedans, Maruti Swift Dzire in the same segment.

New Honda Amaze carries sporty looks and a powerful diesel engine. Moreover, the car falls in the price range of Rs 5 to 7.6 Lakhs which is really very competitive indeed. Along with a diesel, Amaze will also be available in petrol and automatic versions, similar to Dzire.

Dzire carries 1.2-litre VVT petrol engine and its diesel offering boasts 1.3-litre Multijet diesel engine sourced from Fiat. Maruti Dzire has been selling between 17,000 to 20,000 units monthly which makes it the second largest selling car in the country today.

If you will look at these two interesting compact sedans then you will realize that they are inspired from their hatchback siblings. In true sense their hatchbacks have been slapped with boots to form, what we Indians love, sedans. While Amaze is a bigger form of Brio, Dzire is the sedan version of Swift. 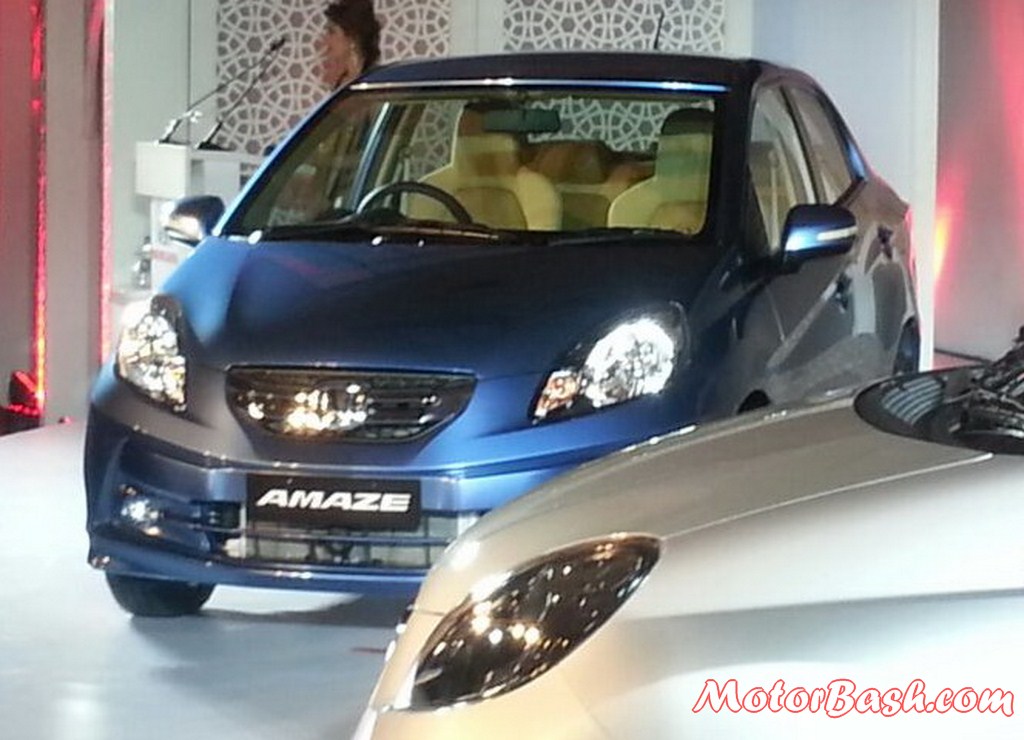 Amaze is more attractive than DZire. That is because it looks and is more proportional than Dzire. Dzire has slightly wider body proportions and it is wee bit larger in all dimensions as well.

Amaze offers similar looking interiors as Brio. That means the dashboard and other bits have almost been carried over. This is where Amaze looses out to Dzire’s better looking and more contemporary interiors. Maruti Swift DZire also possesses wonderful interiors. It carries a posh looking dual tone dashboard. Door pads and the beige seat fabric also contribute a lot in giving it a luxurious look.

But where Amaze strikes back is the rear passenger space. Despite being a smaller car here, it has better use of interior space. The biggest advantage of owning Amaze will be its 400 liters trunk space. According to Honda, it can accommodate 4 decent sized suit cases. This is in stark contrast to a hatch-like boot space of 316 liters of Maruti Dzire.

So, if interior space and much better boot space is your requirement, Amaze makes a luring prospect here and if you want better looking interiors at the cost of space, well, Dzire is already selling in huge numbers.

For the petrol variants, both manual and automatic, Dzire outscores Amaze. However, look at the diesel efficiency figures of Amaze! 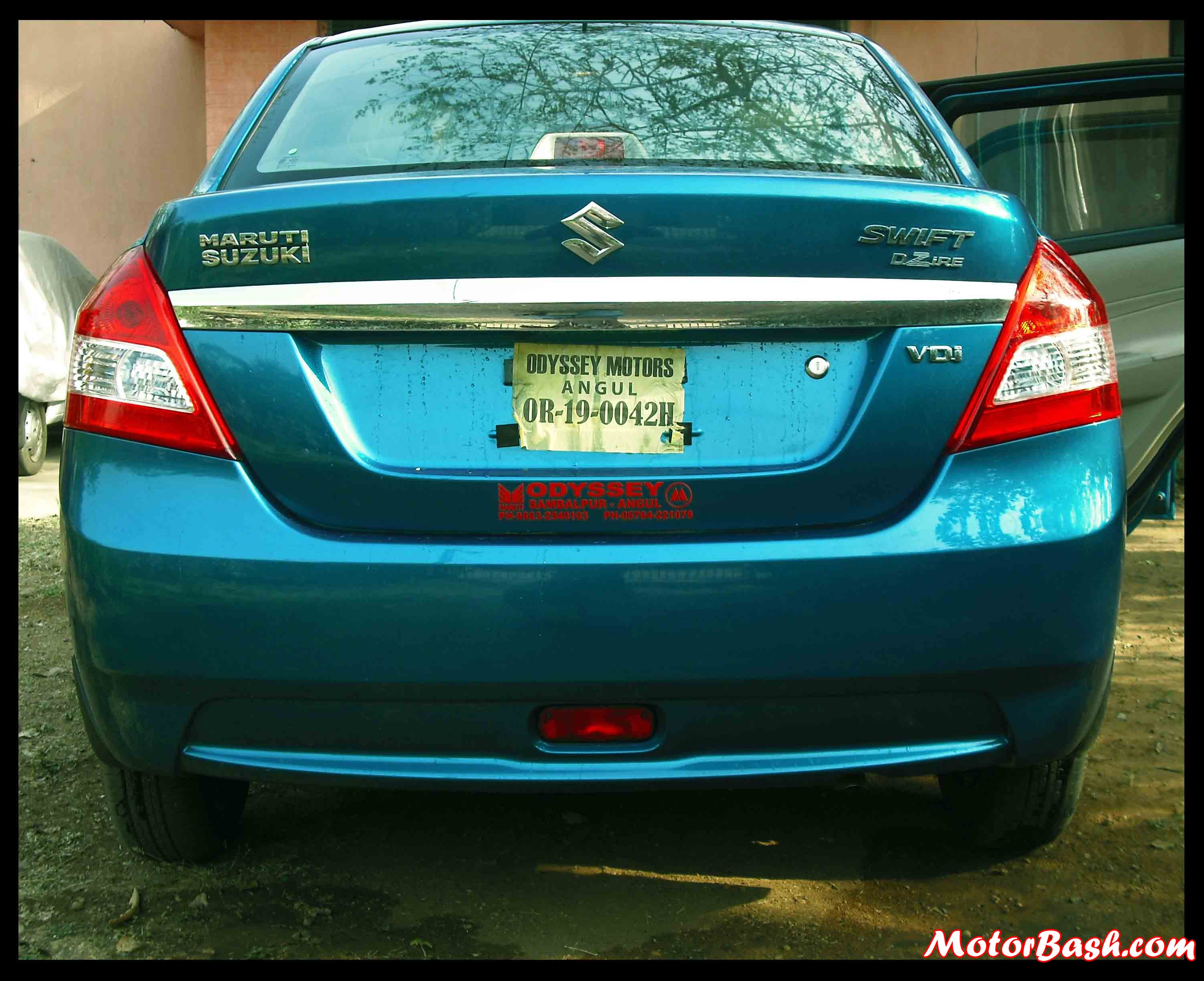 Maruti offers Dzire in 3 trims – LDI, VDI and ZDI whereas Honda has launched Amaze in 4 trims which are called as E, EX, S and the new entrant top of the line VX. Here are the ex-showroom Delhi prices for all of them.

As you can see, Honda has priced Amaze bang at the throat of Dzire and managed to extract 4 trims in a similar price band.

Amaze makes a terrific preposition against Dzire and all the other coming cars in the same segment. Amaze has the Honda brand going to its favor. It has a more powerful and torquier engine. It boasts of a phenomenal fuel efficiency of 25.8kmpl which makes it the most economical car in India. Honda also claims that Amaze diesel will have segment-least maintenance costs. With these features and stats and very competitive prices, it makes a terrific buy and a value for money car.

Add better interior space and much better trunk and it gets a big thumbs up for practicality as well. At least initially, Amaze is also expected to have a lesser waiting period. However, Dzire has a much wider service base, Maruti’s brand, better interiors going in its favor. Add the famous 1800 rpm turbo kick which lends the car a much more powerful feeling than what it is.

Whatever it is, but one thing is bang on – Dzire has a lot to worry as its real nemesis has arrived and how!

5 thoughts on “Honda Amaze vs Maruti Dzire: A Quick Comparo”