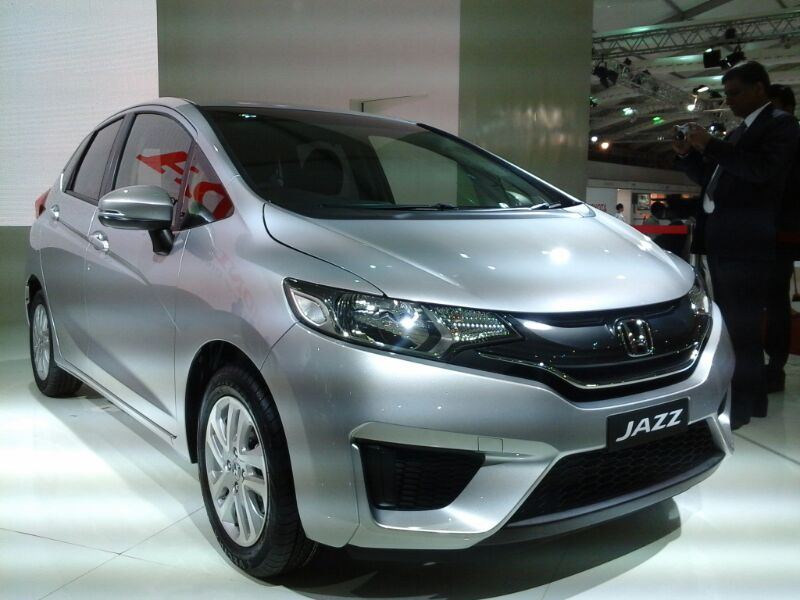 Our team had a good look at the products showcased by Honda Cars India Limited at the ongoing Auto Expo. They have premiered the Jazz and the Mobilio in India in the presence of Mr. Takanobu Ito, President and CEO of Honda Motor Co. Ltd Japan. Not only that, they have globally unveiled a study model for a crossover utility vehicle called the XS-1. 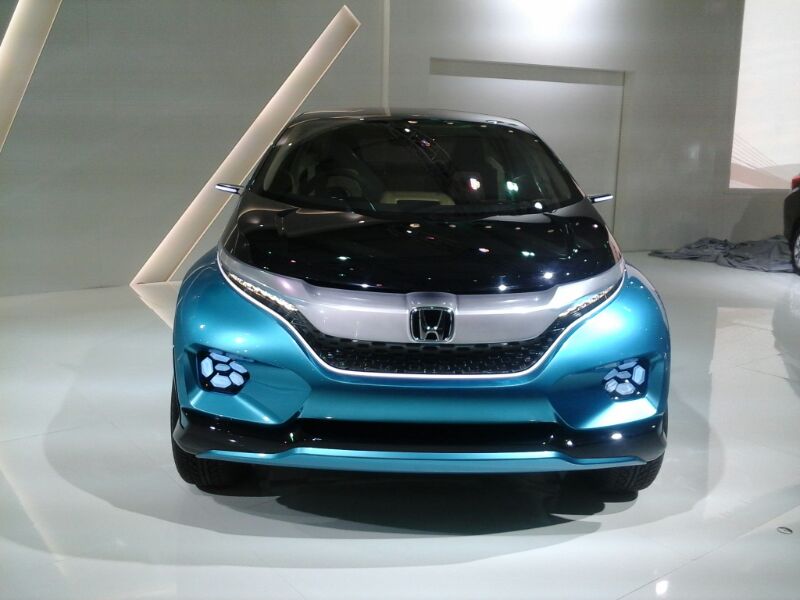 The XS-1 is an indication of things that Honda could bring on offer to enter the prized Compact SUV segment. The above-mentioned segment has been seeing a spurt of late in India, however Honda is yet to bring an offering of its own into the arena. The product from Honda will have to deny the challenge posed by other competitors like the Ford EcoSport, Renault Duster and Nissan Terrano.

Other than the above model, the Honda Jazz was also present at the stall. The Jazz has already been launched in Japan and a few other countries like Indonesia. However, it is yet to be launched in India. The 3rd-Generation model of the Honda Jazz boasts of chiseled looks and spacious interiors. The fit and finish of the interiors is plusher than that on the earlier-generation model. Honda has also pointed out that the powertrain has been tweaked to reduce vibrations and offer a better ride quality.

Apart from the Jazz, we got to witness the Mobilio MPV. This vehicle is based on the platform of the Honda Jazz; infact one could call it a stretched-out version of the Honda Jazz. The Mobilio has been tailormade to suit economic as well as transport infrastructure conditions of many Asian countries. It can easily engulf seven passengers without them having to frown at each other for cramped space. The  Mobilio will challenge the supremacy of the Toyota Innova once it is launched in the Indian market. Honda also feels the Mobilio could give a fight to some SUVs.

Accompanying the above cars at the Honda stall were the NSX Concept and the Accord Hybrid. The NSX is the next-generation super sports car from Honda, and it boasts of a new technology that goes by the name of SH-AWD ( Super Handling All Wheel Drive ). There is a midship mounted V6 engine, an d a dual-clutch transmission. On the other hand, the Accord Hybrid features the Sport Hybrid i-MMD ( Intelligent Multi-Mode Drive ). It has three engine modes to power the Accord Hybrid according to the user demands and needs.