We have already seen studio shots of Honda Brio Amaze a couple of days back which reveal the looks of the car in totality.

Now, we have come across a snap which showcases the interiors of the car. As you can yourself make out that there is not much of a difference in the interiors of Brio Amaze and the Brio hatch. The same interior layout and possibly the same materials are carried over to save costs.

This is, in fact, the best step we say because Brio’s interiors are already quite airy with a fair bit of room for normal sized humans. And by sharing parts, we expect Honda to price it at very competitive prices here. Through this picture we can clearly make out that Brio Amaze would come with integrated headrests, non-adjustable seat belts, back-curved front seats for maximum knee room for rear  passengers, similar audio set-up and dashboard. 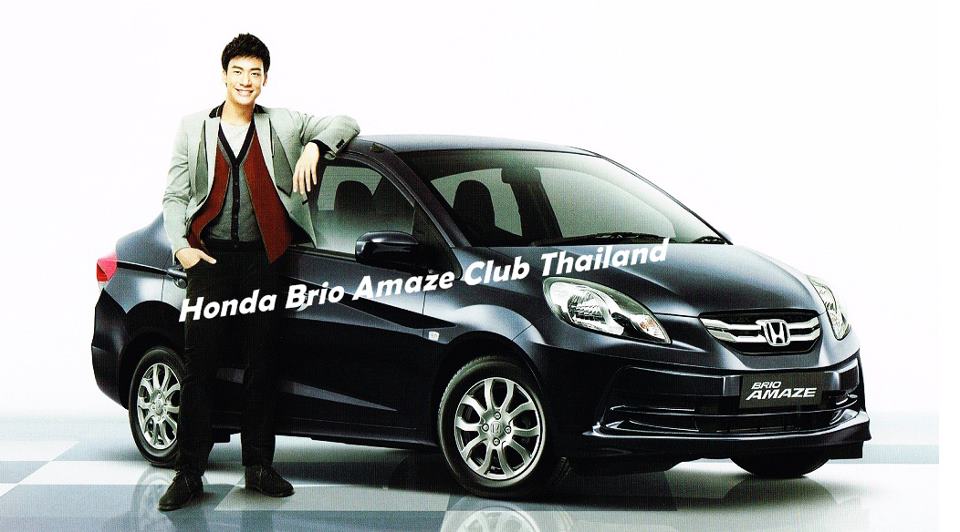 This picture here carries an Automatic gearbox confirming that Honda would launch an Automatic version of the car as well. We can also expect this AT to come to India which means Honda is targeting Dzire square on!

Here is a pic which reveals all the colors available on Honda Brio Amaze in Thailand.

In India, Brio Amaze would make its way somewhere during the first half of 2013. It would be powered by the same 1.2L immensely peppy Brio hatch’s petrol motor. But the biggest turnaround-capable would be the diesel model. Brio Amaze would be Honda’s first diesel model in India and would be powered by a 1.5L I-DTEC diesel engine. More details would be out shortly as Honda prepares an official launch of the car in Thailand in a few hours.

Meanwhile, you can also check out our Indian Brio hatch’s picture gallery here, which includes its interior pics as well.

2 thoughts on “Honda Brio Amaze Interiors Revealed Ahead of its Official Debut; Would Be Available in Automatic”