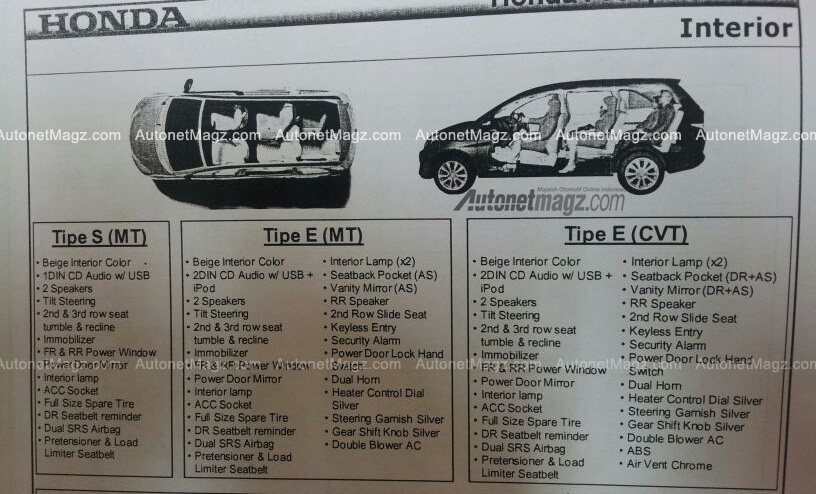 Quite some time back, the interweb was buzzing with a few images of a car that appeared to be a MPV drawn on the lines of the Honda Brio. There were no details of the car available at that time. Thanks to an Indonesian blog, we are now aware of the features of the car.

AutonetMagz.com published a few slide-shots which listed the features of the Honda Brio-based MPV. Quite soon, they followed it up with another post stating that the Brio-based MPV will be named the Honda Mobilio. The vehicle is scheduled to be unveiled at the IIMS 2013, which kicks off from 19th September in Jakarta.

There is a value attached to the brand name of Mobilio. It was a large MPV sold in Japan from 2001 to 2008, after which it was replaced by another product called the Honda Freed. Maybe Honda is trying to tap into the brand’s potential for connect with the people.

Let us have a look at the features and trims. The scoop suggests that the Honda Mobilio will be ushered in three trim levels :

All the trim levels will possess adjustable steering and tumble seats for the second and third rows. Dual airbags also fall under this list of common features, and so does an engine immobilizer. Bookings for the Honda Mobilio have started in Indonesia according to AutonetMagz, and deliveries are slated from early next year.

We feel it will come to India early next year. So, is there a threat to the Maruti-Suzuki Ertiga??