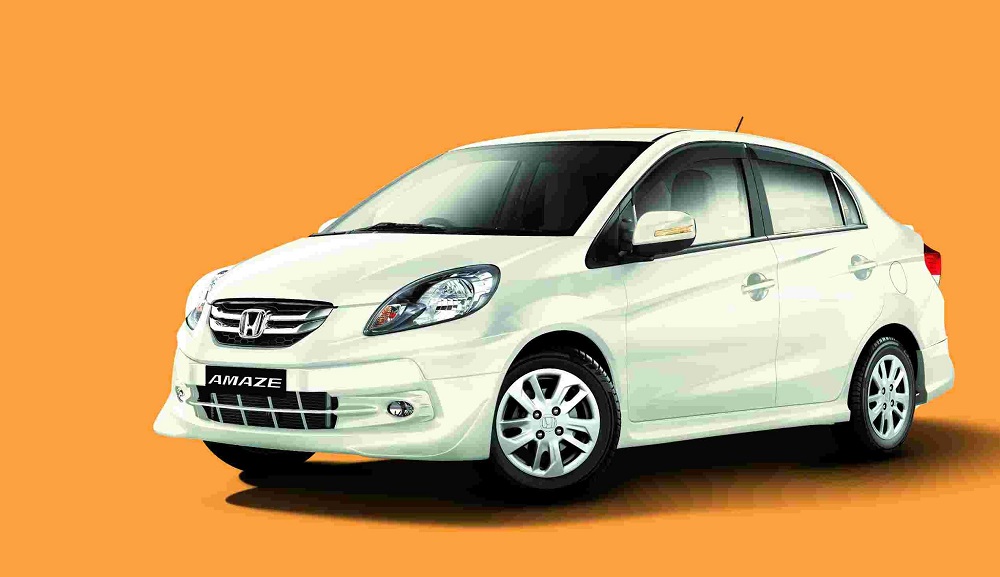 After the massive success of Honda’s first compact Sedan Amaze, with its diesel engine, the company is not just sitting on its laurels. They are working on plans to tackle the competition which is squaring up every other day.

And in an exclusive sneaking bit we have received, we have learnt that Honda is preparing to launch a CNG powered version of Honda Amaze and its testing is already underway. Currently, Amaze is powered by a 1.2L i-VTEC petrol engine which returns a rated fuel efficiency of 18kmpl and the 1.5L i-DTEC diesel engine which is good for a whooping 25.8kmpl.

The petrol powered Amaze will come with the additional option of CNG fuel. The diesel Amaze is already the most fuel efficient car in the segment and with the new CNG fuel option, we can expect some startling new figures for petrol/CNG as well. This would be Honda’s response to the new Dzire facelift which is launching very soon.

Honda launched the older-gen City with the option of CNG fuel in ‘V’ variant. However, it was not company fitted and was offered as a dealer-level fitment. However, we expect Amaze to be offered with a company-fitted CNG kit along with all the benefits of warranty, service etc. The 1.2L petrol motor will be optimized for running on CNG but the car will not get any changes to the cosmetics.

At this point, we are unsure what variants will Honda offer the Amaze CNG in but we can safely assume at least a couple of variants – one from the lower two E or EX and one from the higher variants. Currently, there is almost a price difference of about 90,000 to 1 Lakh between the corresponding petrol and diesel variants of Amaze on the ex-showroom Delhi prices. And Honda can place the new Amaze CNG somewhere in between at about an increment of Rs 30,000-50,000 over the respective petrol-only variant.

Launch can be expected soon, possibly within a couple of months…