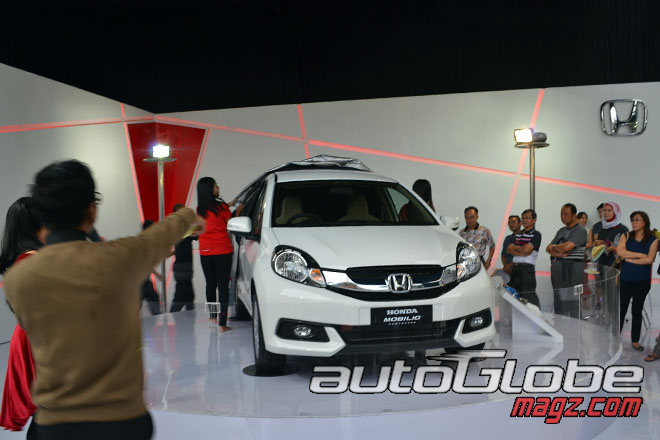 Some time after being introduced at the Indonesia International Motor Show, the Honda Mobilio is now catching attention at customer preview events. One such event has already taken place in Bandung, West Java.

The  production of the Honda Mobilio will kick-off early next year at Honda’s manufacturing facility in the same region.

The snapshot above shows a Honda Mobilio just as the ladies lift the veils off it.  😉

The Mobilio shown above is a top-end variant, called the E trim. It was earlier known that the Mobilio will arrive in three trim levels, the S, the E and the E CVT. One of the differences is the transmission; while the S and E get 5-speed manual tyrannies, the E CVT is equipped with an automatic gearbox.

At the customer preview event, it was informed that the Mobilio will range in price from 150 to 180 million Indonesian Rupaiah. Upon being converted, these figures throw up 8.41 lakhs to 10.09 lakhs in the Indian counterpart, respectively. It was also mentioned that Honda is targeting about 500 monthly unit sales of the Mobilio in Indonesia. Here in India, we expect that figure to soar a lot. 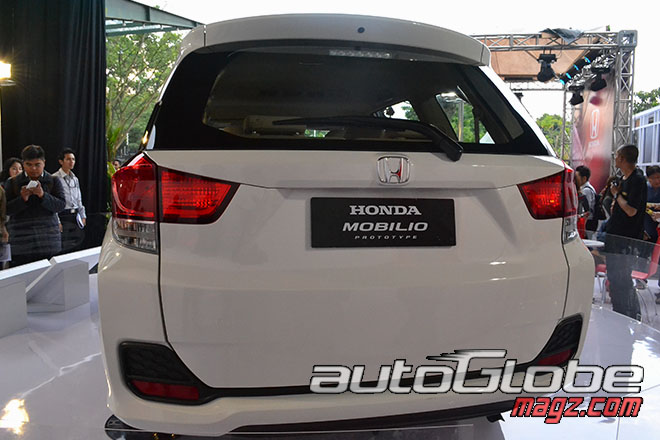 Mobilio is actually an MPV based on the Honda Brio. The dimensions are stretched to 4.4 metres in length, 1.68 metres in width, 1.61 metres in height and has a wheelbase measuring 2.65 metres. The styling cues are quite in sync with the sharp-and-streamlined demands of today’s customers. In the interiors, numerous components and parts are shared from the Honda Brio.

Under the bonnet, there lies the same 1.5 Liter i-VTEC engine that powers the Honda City. The specifications are unchanged, at 118 PS of peak power and 144 Nm of maximum torque. For the Indian market, we know it will also get the 1.5 Litre EarthDreams diesel engine from Amaze.

An expected launch period of Mobilio in India is early next year. So, do you like Mobilio and buy it over Ertiga?