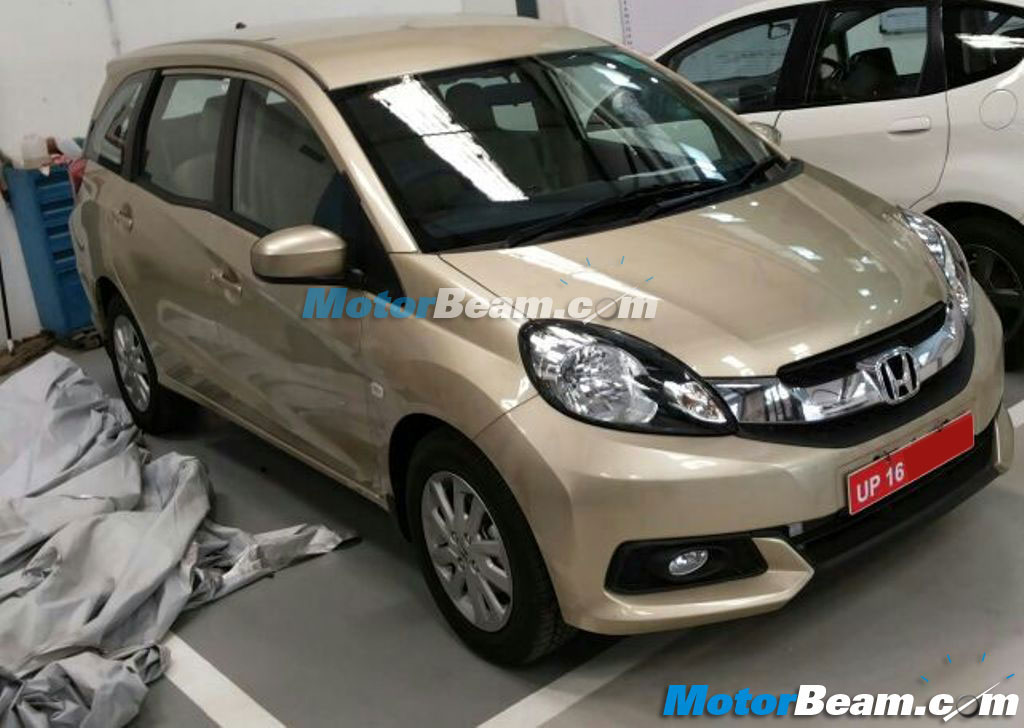 As July approaches on our calendars, the wait for the Mobilio increases day by day. Signalling the eminent launch, Motorbeam.com has shared images of the Brio based 7 seater MPV from a Honda Service Centre.

This is a clear signal that the MPV has started reaching dealerships and the Japanese automaker has also reportedly started training its staff on the product.

Honda plans to promote the car by telecasting a television commercial, and supplementing it with some on-road activities. Targeting large urban families, Mobilio is a going to be a car to look out to. After the success of the new City, Honda aims to re-create the same magic by venturing into the fast moving MPV segment with Mobilio and later on the new Jazz. 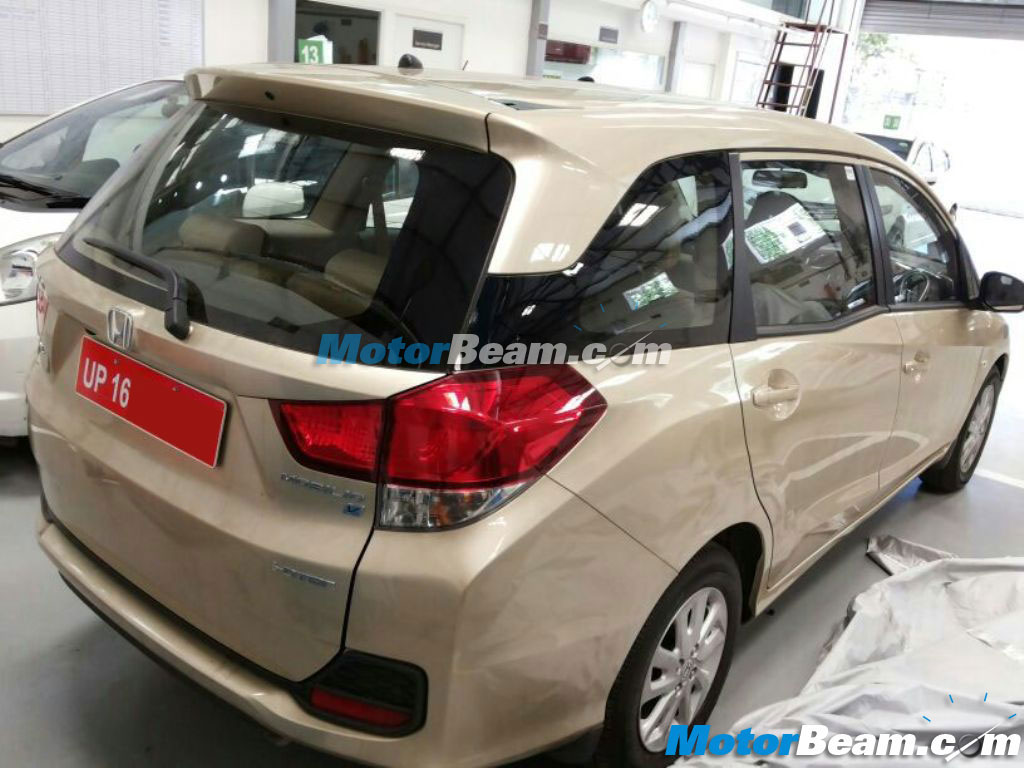 The aim to reach the third largest vehicle seller in the country, a position which is held by Mahindra right now, seems to be achievable if the Mobilio clicks in the market. The single biggest rival for the Mobilio is the Maruti Suzuki Ertiga. Honda’s not so secret weapon against it shall be the 1.5L i-DTEC engine which claims of an incredible efficiency figure of 25.8kmpl on the Amaze and 26kmpl on the new City.

The more interesting bit is MotorBeam’s claim that Mobilio will come with the 6-speed gearbox on the diesel. It must be noted that Amaze gets a 5-speed manual transmission whereas the new City comes with a 6-speed transmission. Apart from that, the report also claims that CVT will definitely be available!

Apart from Ertiga, Mobilio will also slug it out against Enjoy, Evalia and Innova in some capacity! Honda’s both new diesel offerings Amaze and City have been blockbusters for the company but will Mobilio be able to replicate the same success?