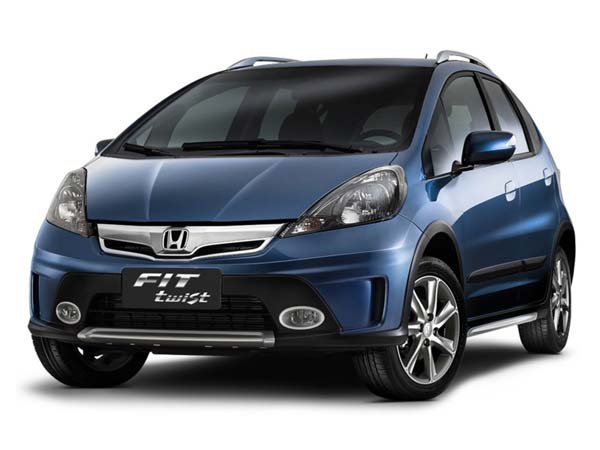 New Jazz Twist will be unveiled in November, followed by its Indian launch, according to a report.

Ever since they introduced their 1.5 L diesel engine in India, Honda has been throttling their way to the top manufacturers charts. And being oldies in this profession they understand the changing mindset of car buyers towards crossovers and SUVs.

We already know about their 7-seater compact SUV BR-V which is slated for a launch very soon but what is more cheering is this news snippet at ET Auto which claims that the manufacturer may introduce upto 5 new cars in the next 12-15 months!

They claims that Honda India is working on a new crossover based on the Jazz platform internally codenamed as 2FM. When they say that, we immediately think of the very gorgeous Vezel (HR-V) but Honda, in the past, has officially quashed it for our market citing high cost as the primary reason.

If it is not the Vezel (which is a proper crossover), there is a big possibility of Honda considering a crossover hatch kind like the Jazz Twist which was recently caught testing in Brazil. If we are gauging it correct, then such a product can be kept under BR-V which can compete against the Hyundai i20 Cross, Fiat Avventura and Volkswagen Cross Polo.

The report adds that the Jazz Crossover will be showcased at the Sao Paulo International Motor Show in November. Indian launch, they say, is expected by January 2017. In fact, the report goes on to claim that Honda hopes to sell 5,000 units per months, which is more than the current monthly sales of the Jazz hatchback.