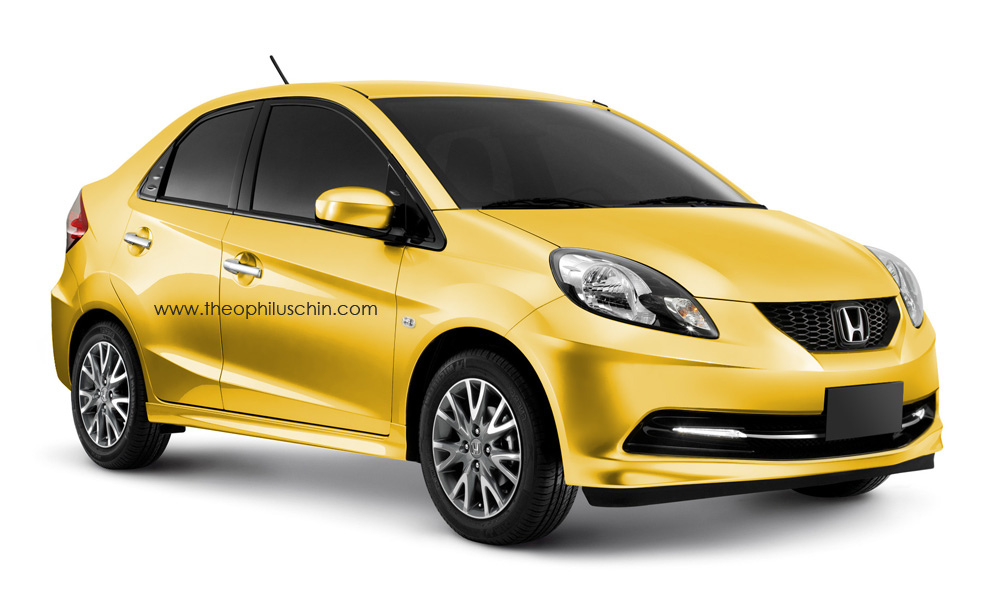 Honda is getting real aggressive in the Indian market and has targeted Brio for bringing them various different products from the same platform. We already know that Brio diesel is in the works and has been caught testing a few times. Honda would also launch an automatic transmission variant of Brio hatch in this year itself. Also, an MPV based on Brio platform is being considered for a 2015 launch. And now the Japanese car maker plans to cash in on the by introducing its sedan variant.

The Brio sedan is expected to be in the market in 2013 and would be placed under City. Honda plans to target first time sedan buyers by Brio sedan. Similar to the Swift-Dzire combo, Brio twins are expected to share engines and components which would ensure Honda to cut costs and place it (Brio sedan) competitively in the market.

Similar to Brio hatch, the sedan version will be first introduced in Thailand before coming to India. Honda is expected to launch Brio sedan sometime in 2013 and with Brio diesel hatch expected early next year, we feel Brio sedan might take the 2013 year-end launch slot.

Maruti Suzuki has been immensely successful with Swift and Dzire which have been burning charts since their advent. Similar is the story at TATA’s house with Indica-Indigo and the Manza twins doing it for the company. Other companies like Volkswagen (Polo/Vento) and Toyota (Etios & Liva) have also tasted good success with this strategy. And with an immensely potent Brio we know, the sedan is also expected to be a fantastic product.