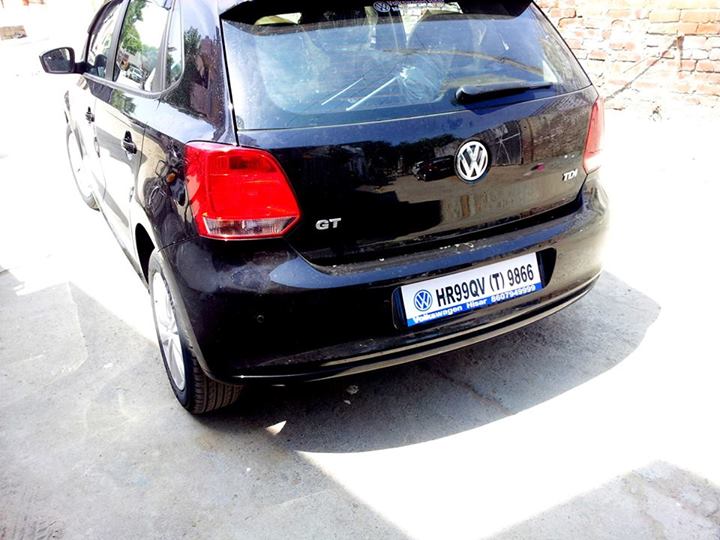 The hot hatch segment has a sole king in India. It is the recently launched Volkswagen Polo 1.2 GT TSI. This mean machine offered performance and excitement to the petrol heads of the diesel carving nation and hence, the lack of a powerful diesel sibling has long been awaited.

We know Volkswagen is preparing the Polo 1.6 GT TDI making it the most powerful diesel hatchback available in the country.

The biggest change is the inclusion of the 1.6L diesel mill seen on the Volkswagen Vento. This proven engine belts out 105 PS of power and 250Nm of torque and is coupled to a 5-speed manual gearbox. The performance and efficiency of the engine is well known and we can safely expect the Polo to be even better considering its lighter weight. There is another tune of this 1598cc engine which produces 230Nm. A confirmation on which one will the Polo GT TDI get is awaited.

The styling and equipment will be carried over from the 1.2GT TSI. The GT badges, sporty black seats, GT TDI scuff plates, sport pedals and rear spoiler will make their way to the 1.6 GT TDI too.

For all the excited enthusiasts the spoiler comes in the form of the pricing of the hot hatch. The 1.6L mill exceeds the lowest tax slab of 12% and hence expect a higher price tag for the car. According to unconfirmed reports the Polo GT TDI’s price has been revealed and it costs over Rs 9 Lakh on the road in major cities of India.

The answer to the question – “Does this justify the price difference?” will depend upon whether you want a fun to drive car to satisfy the power hungry enthusiast in you or you want to settle with the tractor like current 1.2L 3-pot! For the price difference of a good 1 Lakh from the Polo 1.2 TDI Highline model you get a superior performing 1.6L Turbo diesel and a few extra bells and whistles.

According to our sources, many dealerships have already received their display vehicle and have opened bookings of the car. The car is expected to be officially unveiled sometime around Sep 13 – Sep 16. The pic you see here is claimed to be of a delivered Polo GT TDI to a customer in India (Source: Facebook).

There are reports that VW is also preparing a 1.5L diesel motor for its different variants of Polo and possibly other cars and it will be launched sometime next year.

So, will you buy the Polo 1.2L Highline, Polo GT TDI or the Vento TDI?