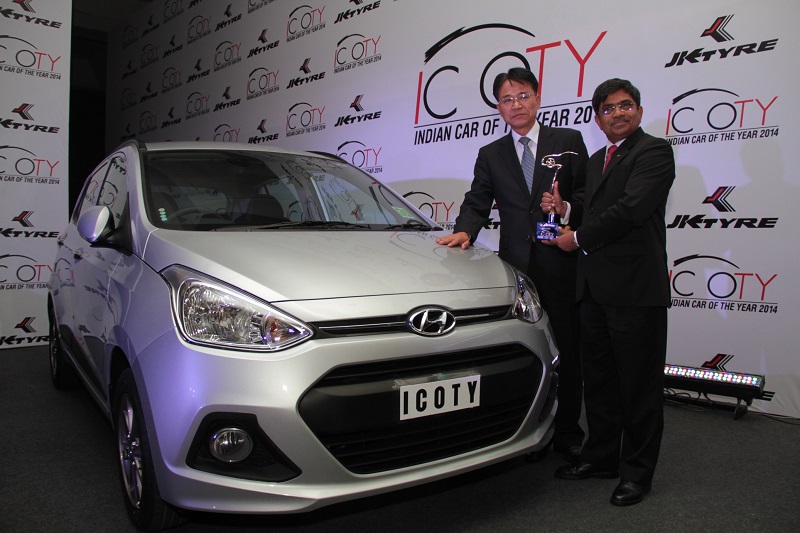 So, its laurels time now! After receiving a massive response from the market, so much so that Hyundai has already delivered 35,000 Grand i10s to its customers in 90 days, its time for some awards and recognition.

Hyundai Grand i10 has been adjudged as the Indian Car of the Year, popularly known as ICOTY for the year 2014. The award was adjudicated by a jury comprising of eminent editors from Top Gear, Auto India, Motoring, Car India, Hindu Business Line, AutoX, Auto Bild, Overdrive and EVO and were presented by JK Tyre.

Hyundai launched Grand i10 in September this year and it sits half a segment under the B2 segment comprising of Swifts and others in the segment. Grand i10 was developed with an investment of over 1000 crores and is a slightly different and Indianized car from the international New i10 Hyundai showcased a few months back.

Grand i10 trounced not only Honda Amaze but also the blockbuster EcoSport which formed the top 3 finalists. The cars were nominated and were put to various parameters like fuel efficiency, price, styling, performance, safety, practicality, technical innovation, value for money etc.

Grand i10 has moved into the list of top 5 selling cars in the market with the kind of response it has received. It is available in a total of 8 variants and features Hyundai’s smallest 1.1L U2 diesel engine apart from the 1.2L Kappa 2 motor. Prices start at Rs 4.29 Lakh for the petrol version and Rs 5.23 Lakh for the diesel version (ex-showroom Delhi). 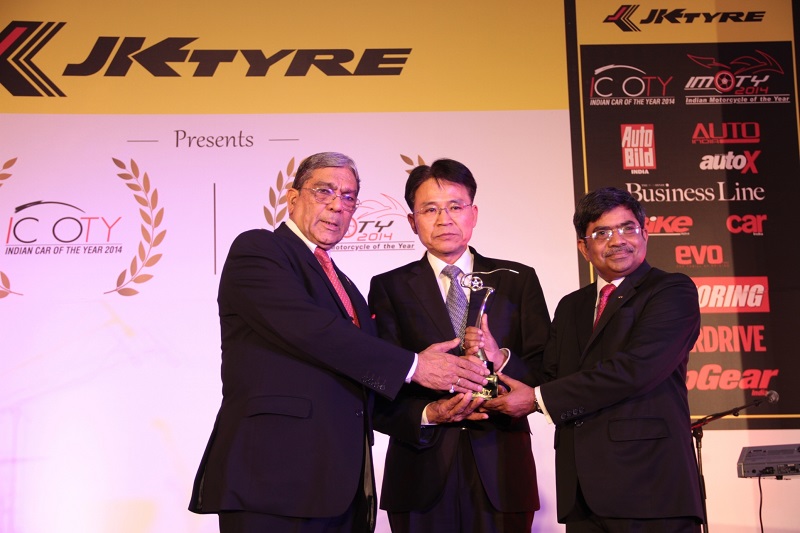 Interestingly, Hyundai is also preparing a compact sedan version of the Grand i10 which will come with a boot and compete with Amaze and Dzire head on. It is slated for a launch on 4th of February 2014 (More Details).