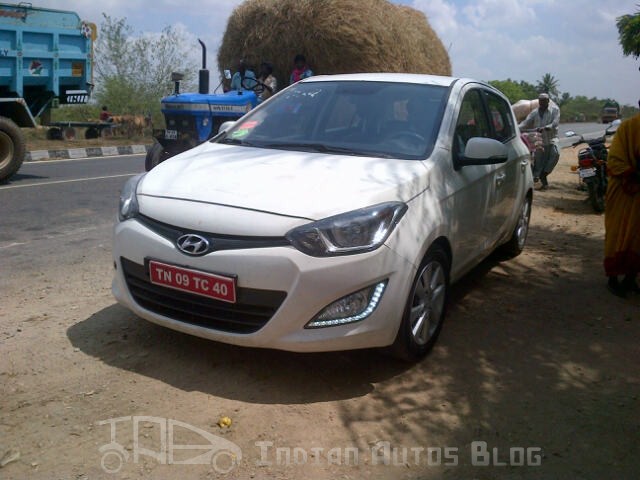 If we ask that have you seen the new i20? We hope you’ll answer a ‘Yes’ as the new facelifted i20 has already been showcase at the Geneva International Motor Show and we have already discussed about that. Now it seems, for the first time, our old friends at Indian Autos Blog have spotted the car on the roads. The images show us that the body is now bulkier; the headlights are heavily inspired by Fluidic sculpture and a LED cluster along with the re-designed Fog lamps. The alloy wheel design is also new.

Talking about the engine, the new i20 will come with an improved 1.2 Kappa motor featuring VVT (Variable Valve Timing) for improved fuel efficiency. The existing 1.4 Litre CRDI will also be there but with less significant upgrades. As showcased at the Geneva International Motor Show, the newly developed highly fuel efficient and low emission 1.1 Litre diesel engines will not be available in India right now. Hyundai might be saving it for another purpose. As claimed by Hyundai, the new i20 has improved NVH levels that results lesser noises and rattling sounds. We’re expecting this new avatar of the i20 to go up for sale in early or mid of April, 2012. 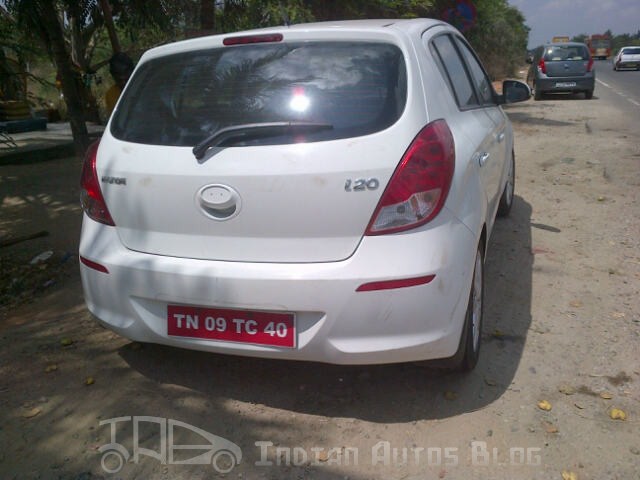