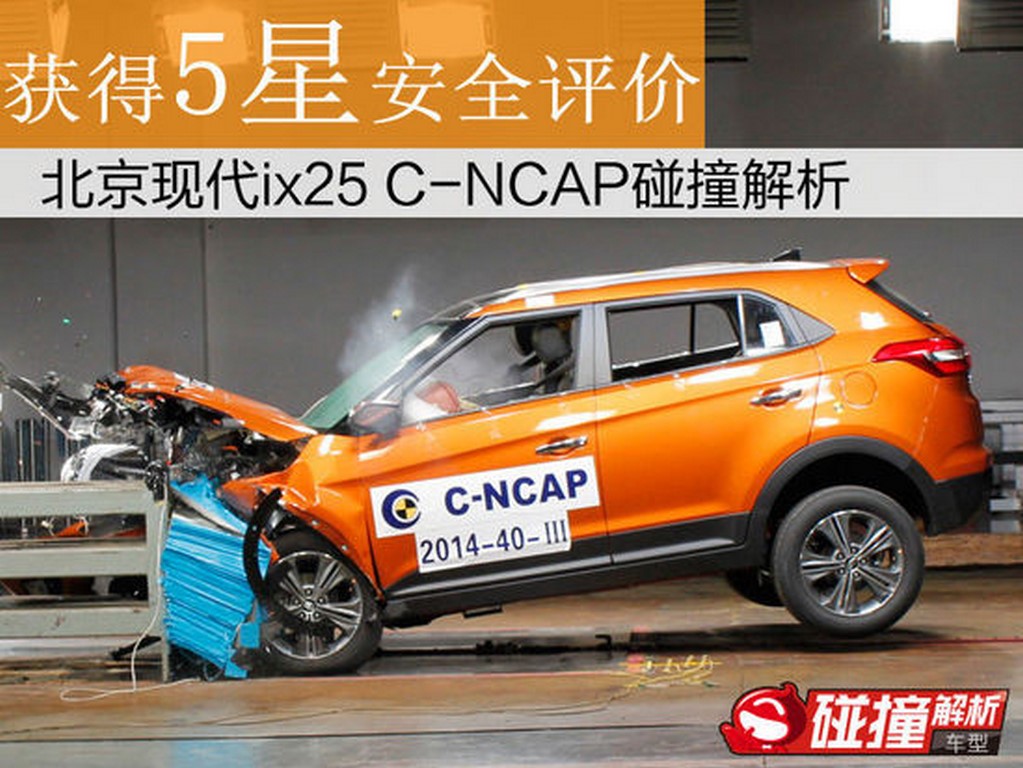 Hyundai’s ix25 compact SUV was launched in China back in October at a price tag of 1,19,800 RMB (Rs 11.97 lakhs), and is all set to venture into many other markets as well including India. After various updates, the most interesting bit is regarding its safety.

They tested the SUV with the 1.6L 4 cylinder engine with automatic transmission. The legs of the dummy do come in contact with the body of the car but the damage may not turn out to be very significant. The A, B and C pillars showed no significant deformation. The bottom part of the passenger compartment of the vehicle showed no significant signs of deformation as well and the crumple zones of the car absorbed most of the impact. The engine compartment was destroyed. 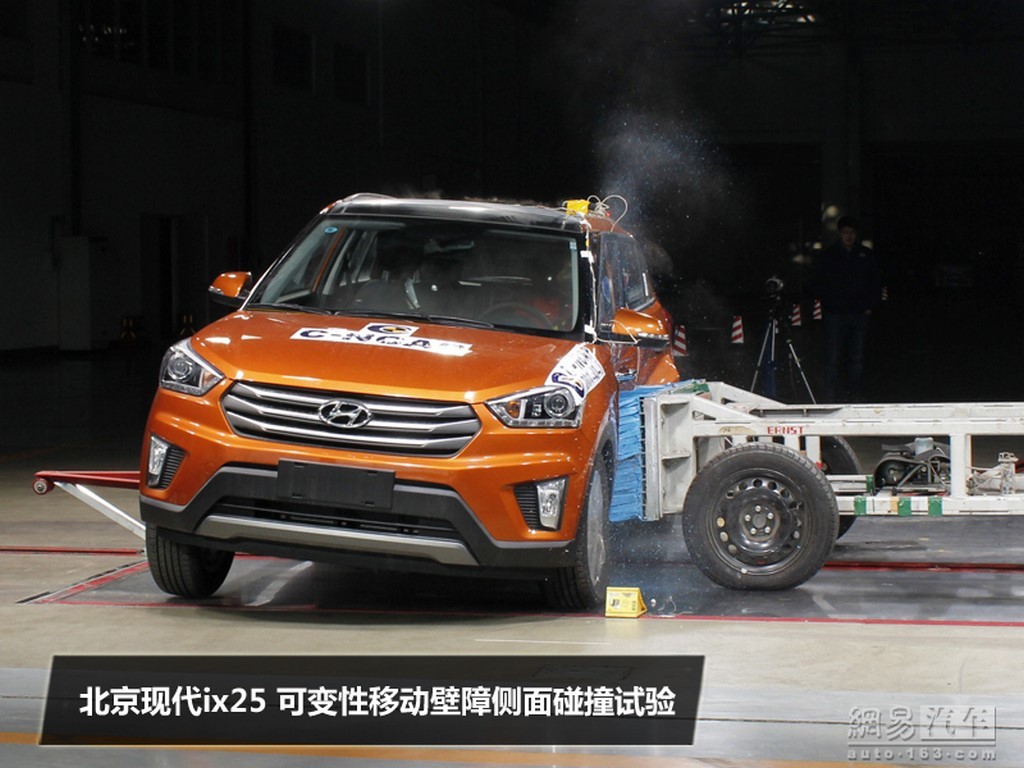 As per a report on Auto.163.com, the test speed of the crash test was not less than 50 kmph. The global NCAP conducts this test at 56 kmph. Things in India are also changing and crash testing is soon going to be made compulsory for cars by 2017. The test car seems to be devoid of side and curtain airbags and still it managed to get a near perfect score.

Though, this ix25 is manufactured in China, we expect Hyundai to produce a similar quality car for our market. The ix25 is slated to launch in India towards the middle or second half of this year and it will be pitted against the Dusters and Terranos of our country. According to reports, ix25, which will be manufactured in India, will carry localization levels of around 90 percent and Hyundai has already hinted at an attractive price tag…