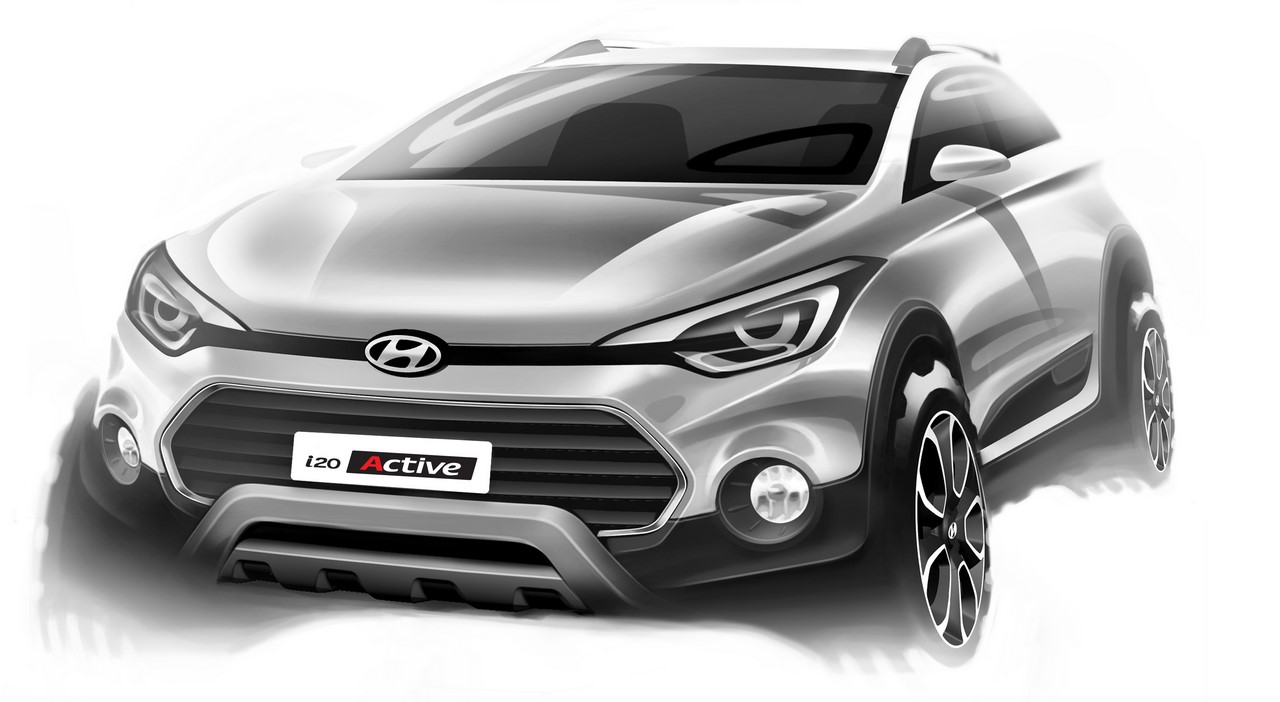 Hyundai India has sent us the design rendering pics and a confirmation of their upcoming i20 Active (Cross). For some reason, they call the i20 Active as an “SUV styled car”!

Essentially a crossover hatchback, i20 Active will be picking up the fight against the Avventura and is a much better attempt than Volkswagen Cross Polo and Toyota Etios Cross. The i20 Active is, basically, the rugged version of their highly successful premium hatchback, the gorgeous Elite i20! 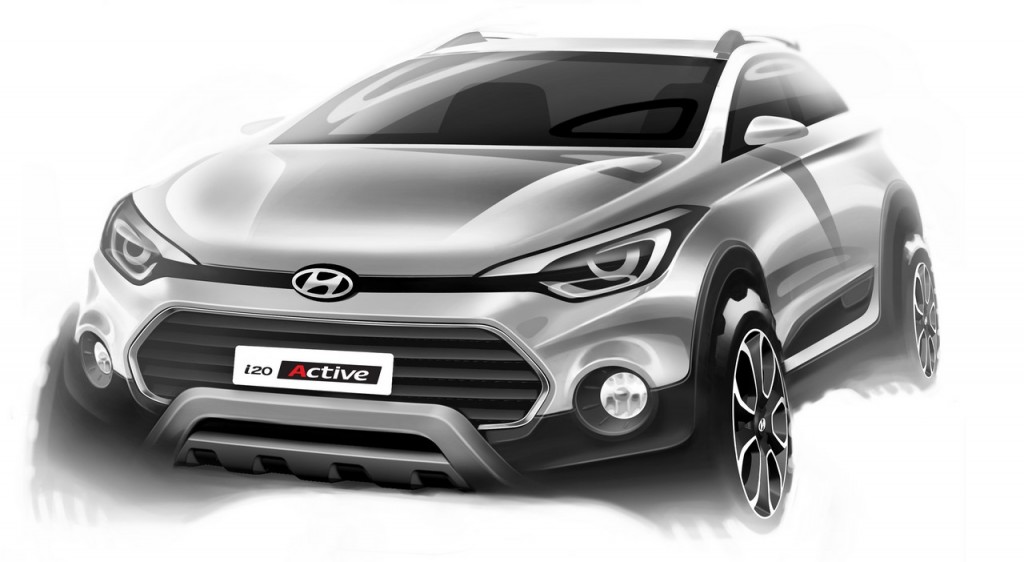 i20 Active has been designed at Hyundai Motor’s Design Centre Europe in Rüsselsheim, Germany, and is scheduled to make an official Global debut in the Indian market with its launch next month in March 2015. It sports the Fluidic Sculpture 2.0 design philosophy, bringing a new sportier, sharper and bolder look.

These rendering pics remind us of the GLA-Evoque kinds and frankly, the car in these design sketches look a lot sportier than what it actually is. With i20 Active, Hyundai aims to encash on the latest crossover/SUV craze. They will pitch this car in the B+ segment around the EcoSport pricewise and can take on the Duster with their proper compact SUV offering ix25 which will launch sometime around the festive season this year.

Though not officially confirmed by Hyundai yet, the i20 Active is expected to have a bump in terms of ground clearance and comes with meatier tyres and better braking. The first leaked images of the production model surfaced a few days back which reveal everything about its exterior looks.