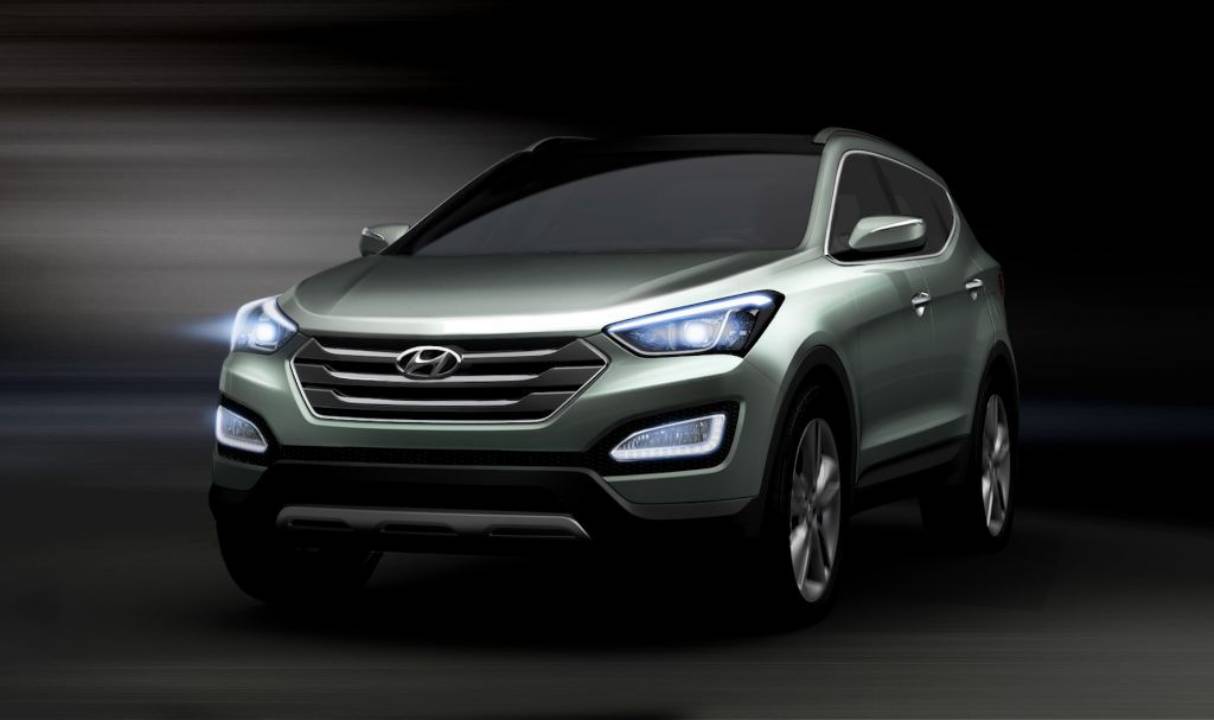 As we had reported a while back as well,  it seems Hyundai will not leave any of their models untouched by the Fluidic Design Sculpture. We had already showed the new Hyundai Santa Fe pics  which shows that Santa FE has got Fluidic Design Touch-Up and looks more aggressive. Hyundai calls the new design ‘Storm Edge’. This new avatar of the Santa FE is supposed to be displayed at the upcoming New York Auto Show in April, 2012. 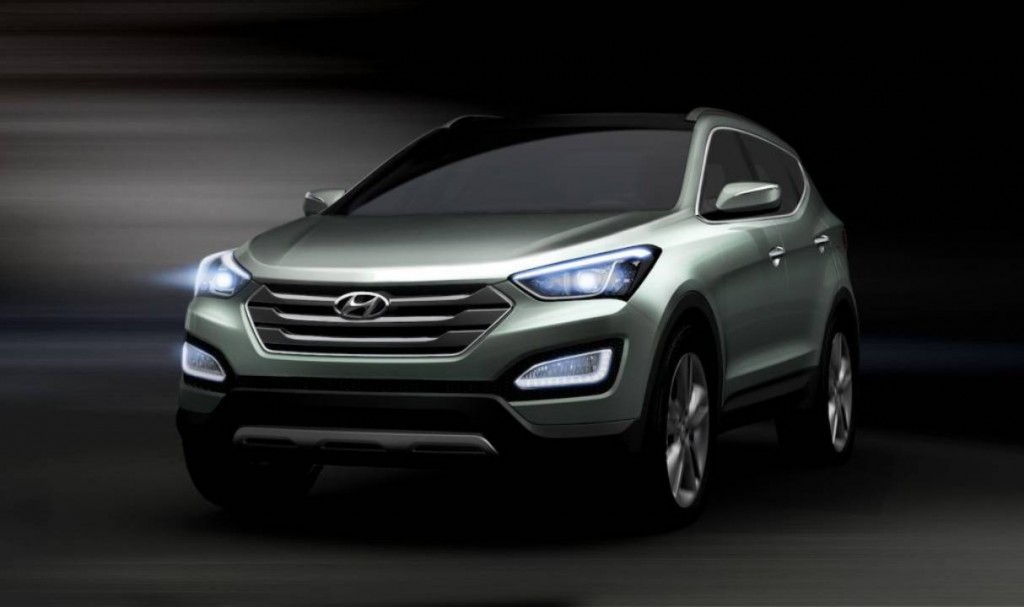 Recently, on their Twitter page Hyundai gave an official glimpse of what the product could look like. We think that this facelift and redesigning of the Santa FE was required to compete with its rivals like the Chevrolet Captiva, Toyota Fortuner, Mitsubishi Pajero and Ford Endeavour. As a matter of fact, almost all of its rivals have gone through a facelift and now look more upmarket.

Hyundai might come up with new powertrains along with the facelifted model and they will continue with the existing powertrains as well. Currently Hyundai offers a 2.2-Litre Turbocharged Diesel Engine that produces 197 PS of power and 421 Nm of torque. We expect Hyundai to import the Santa FE as CKD units and assemble them at their Chennai Facility. This will result a cheaper price of the Santa FE and so more response from customers as well. As of now, Hyundai imports these cars as CBU units that impose extra taxes and import duties and hence increasing the price of the car.