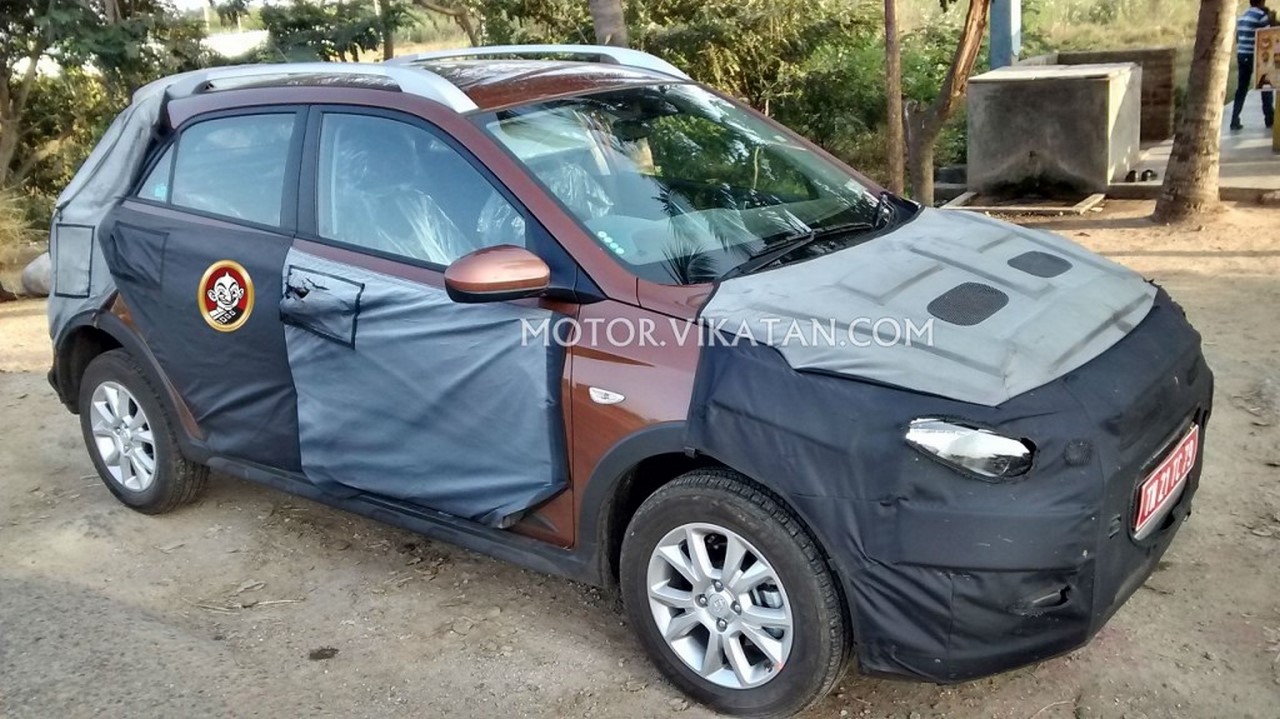 After the new 2015 Hyundai Verna Facelift, the Korean auto major’s next launch will be the new i20 based crossover. The car was spied recently in a new colour scheme previously unseen in the hatchback. 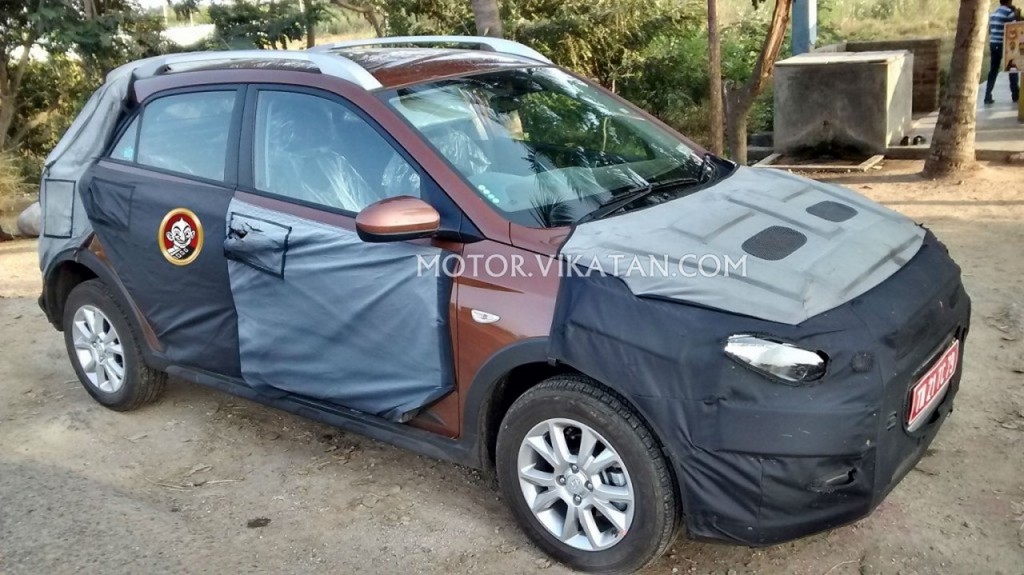 The spy pictures, clicked near Chennai by Motor Vikatan, also give a clear view of how the company intends to use the black plastic cladding to make the car look rugged. Hatchback based crossovers are the new ‘in’ thing these days and Hyundai’s foray into the segment is definitely a danger sign for the competition, which includes Fiat Avventura, Etios Cross and Cross Polo. 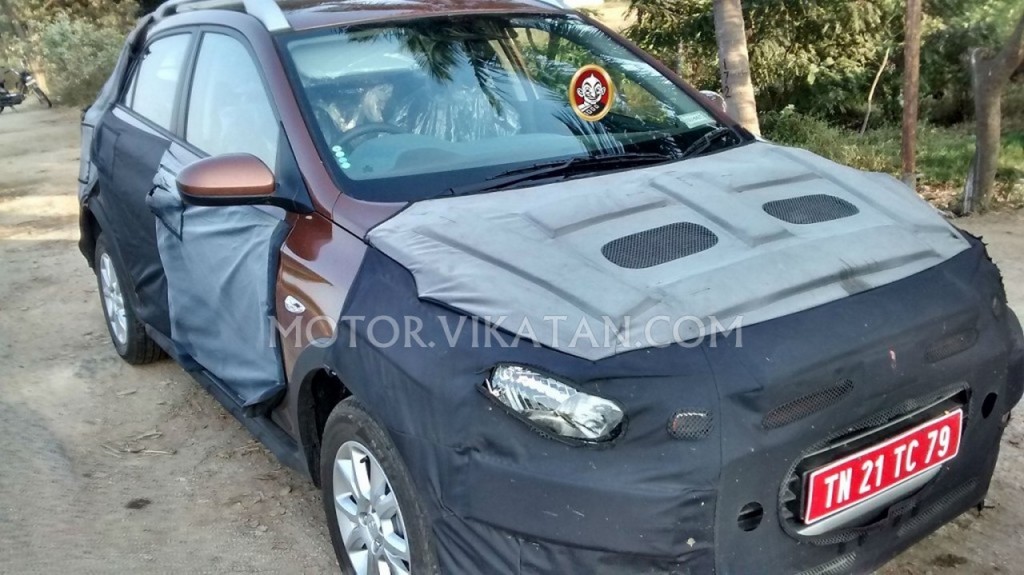 A latest report at Overdrive.in, claims that the launch of i20 Cross is scheduled for Monday, 9th of March 2015 which will also mark its global debut. Engine options are expected to be the same 1.2L petrol and 1.4L diesel, however, minor tweaks are definitely expected.

The i20 Cross may not turn out to be a big volume grosser like its hatchback version but will definitely add few thousand units to the tally. After the i20 Cross, Hyundai’s next launch will be the ix25 compact SUV which will be a Duster rival.