If there is one product that Tata is banking upon heavily in the domestic market, it is the recently launched All-New Safari Storme.

The SUV has been doing pretty well for the company as well. But there are a few people who feel the new Safari Storme doesn’t look as eye-popping as it could have. And if you are one among them, you are at the right place reading (and viewing) this. 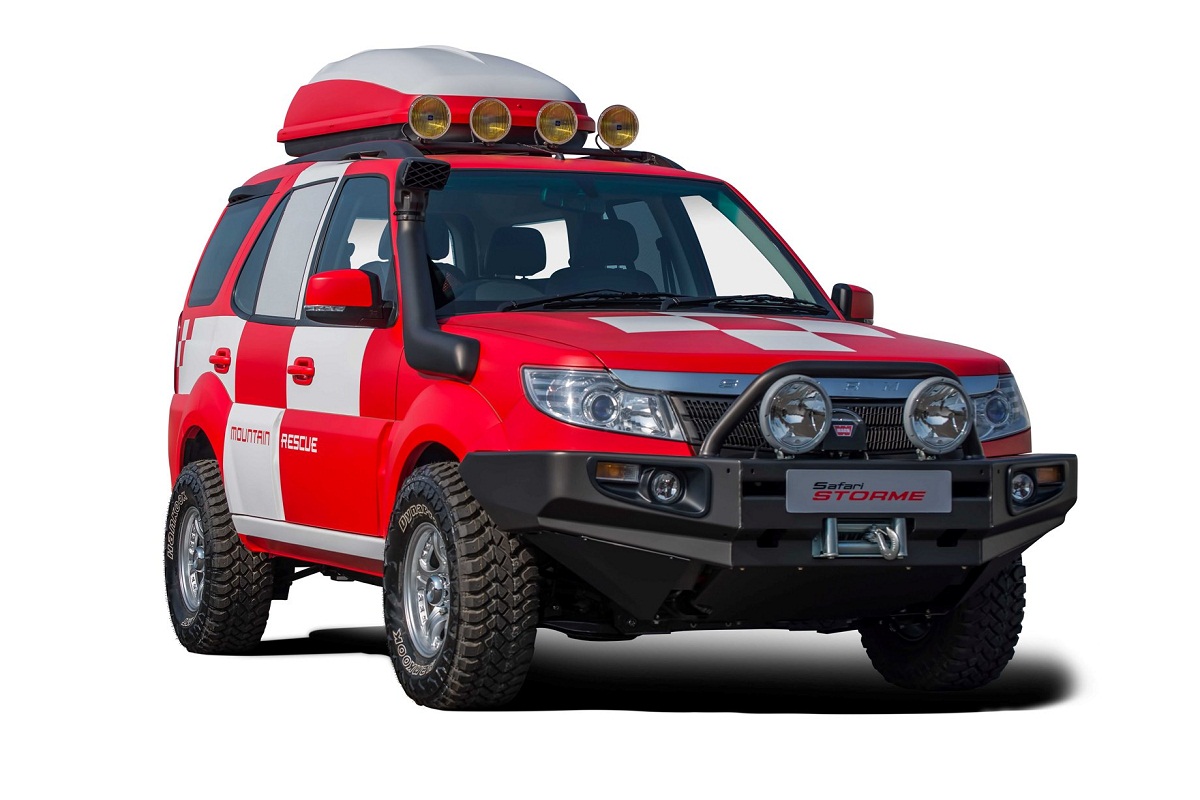 The front is heavily modified with new bumper which has integrated fog lamps and side blinkers. It also carries a winch and massive flash lights. This Storme also gets wide snow Hankook DynaPro tyres which make for a lovely look with their extra bulge. The snorkel air intake reminds us of Force Gurkha (that’s the only vehicle we have in India :() 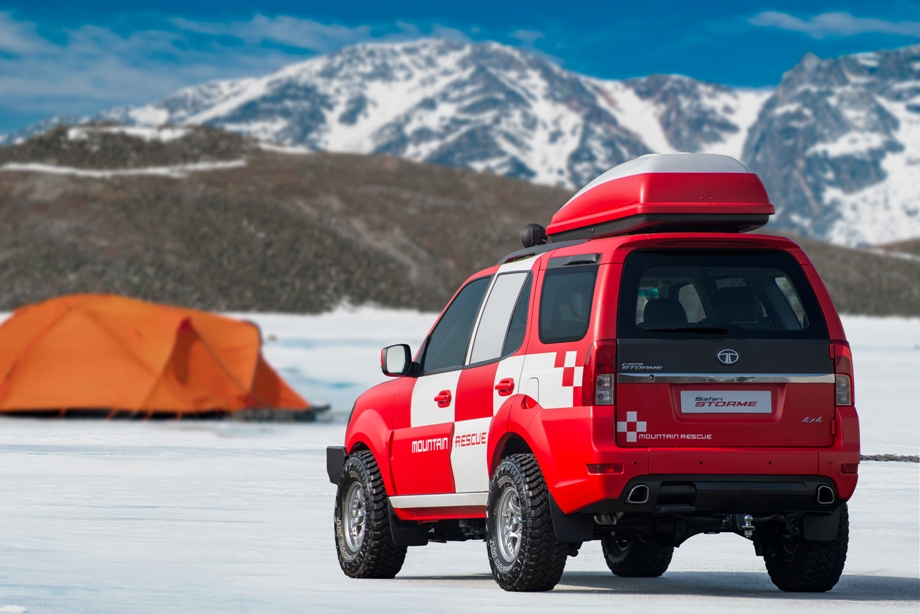 A setup of 4 colored lights at the top also accompanies an aerodynamic cargo box which can carry your required essentials. The rear carries a 4×4 badging and the presence of the foot step means that this might just have retained its 7 seat configuration. It also carries an additional vehicle tow bar at the rear to tow away vehicles in case of needs.

But the most saliant feature is the striking red and white color combo which makes it a looker and this combo will highlight it in snow under the frequent low-light conditions. So, next time you tell your friend that Storme looks ugly, be prepared for a face palm!

1 thought on “If Storme Looked Boring to You, See This Tata Safari Storme Mountain Rescue [7 Pics]”