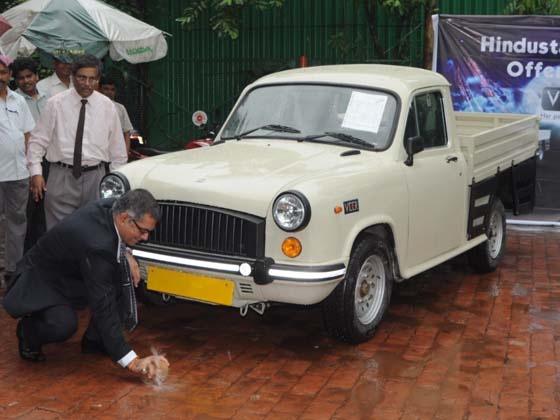 If Ambassador Veer was not enough and if the spyshots of Ambassador with a chopped boot did not trickle your stomach, here is something which has rattled our world!

According to Business Standard, the Indian company which might be older than your grandfather (at least in tech), is planning to launch a hatchback version of Ambassador. It would not have been as terrorizing as I am portraying had I not seen the pick-up version Veer which was based on Ambassador.

The interesting thing is that HM officials say that the car is under ‘designing stage‘ and have ambitions of launching it towards the end of this financial year. It will be built at company’s Uttarpara plant and will carry Ambassador brand name.

Further, the company says that the new Ambassador will have all kinds of features and better interior, which a new-age customer looks for”. I am all hooked on what HM considers ‘latest’, ‘better’ and ‘new-age’ here!

Despite all what we call it, the age-old Ambassador continues to sell for many many years altogether and it still outsells many of the contemporary cars in the market!

So here are Hindustan Motors upcoming cars and their planned dates:

2 thoughts on “If You Have Not Seen it All, HM Planning Ambassador Hatchback!”