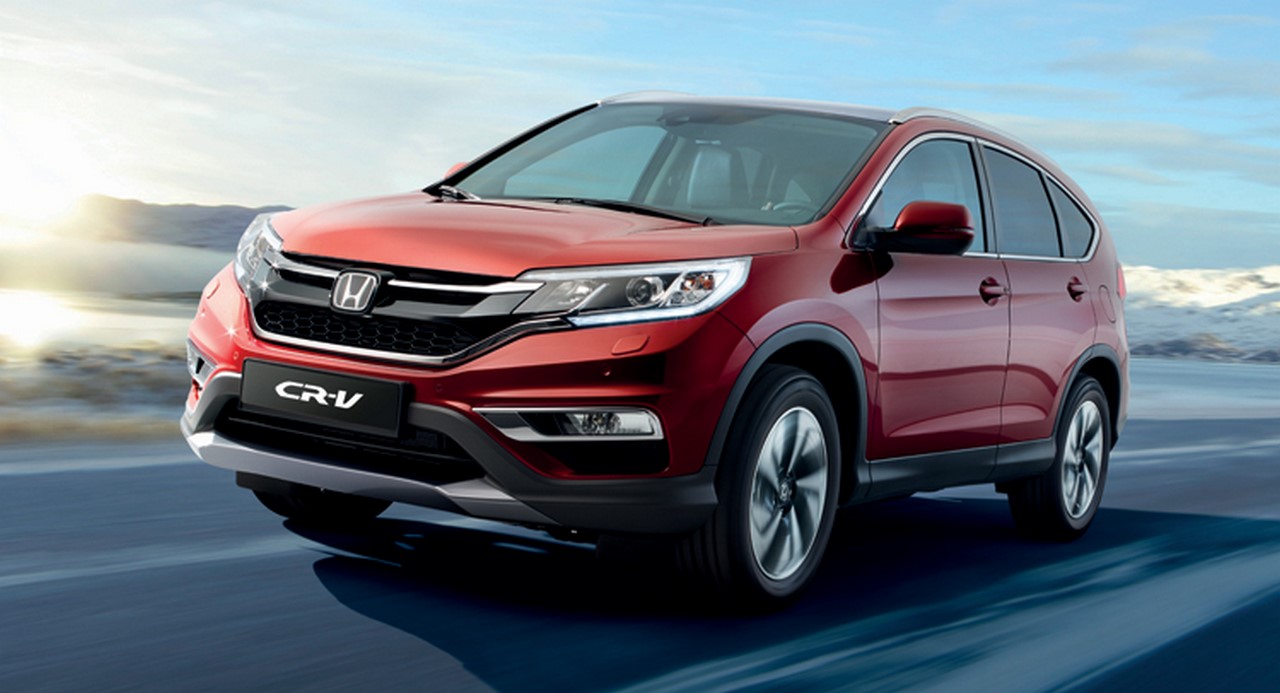 The India bound CR-V update has been revealed in Europe. Due sometime in 2015, and showcased first in the Paris Motor Show back in October, the CR-V midlife facelift will be first launched in Europe. The car adds a few subtle changes to the exterior of the car as compared to the present version sold in India. The new CR-V in India is expected to continue to be offered as a CKD unit and will be assembled at Honda’s Greater Noida plant. 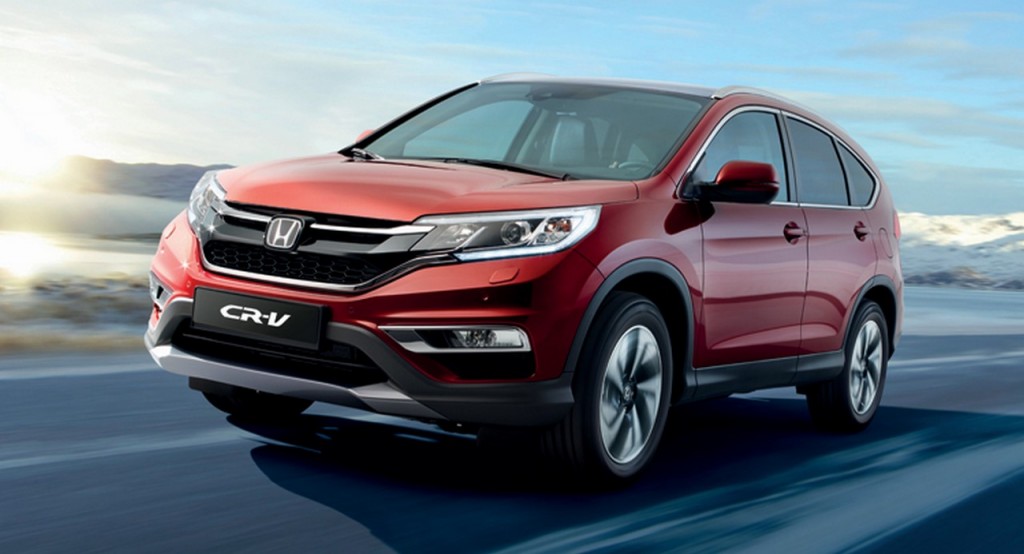 The front nose flaunts a new honeycomb grille with different layout which looks more attractive than the one in the present version. The headlamps console now gets an LED strip outlining it instead of a blackened one. The front bumper gets redesigned fog lamps and pseudo-aluminium finish. The rear portion too gets a new bumper and a chrome strip below the tailgate window instead of the black strip. The 2015 CR-V also gets a new set of alloy wheels.

The interiors get a chrome-effect inset running throughout of the dashboard making it look sportier. It shall also get the new Honda Connect, which is basically an application driven infotainment system. The 7 inch touch screen infotainment system will also be transmitting images from the rear view parking camera. It also gets Bluetooth connectivity for your phone.

A major reason why CR-V has been feeling left out was the lack of a diesel engine. This new update is scheduled to change that as Honda has finally decided to bring their 1.6 L i-DTEC Earth Dreams engine (the engine from which the 1.5 L i-DTEC has been derived). This engine in international market will be available in two different power tunes, a 160 PS version with 350 Nm of torque being the most powerful variant.

The other being a slightly lower powered version, producing 120 PS. Transmission options include a 6 speed manual and a 9 speed auto, although it is not sure whether Honda will bring the new automatic transmission to India or not.