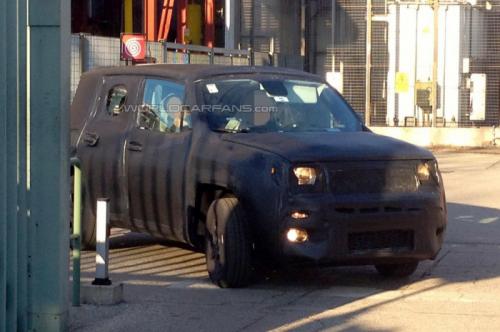 Jeep’s upcoming entry-level crossover “Jeepster” has been spied for the first time ever wearing a production body kit with heavy camouflage by Worldcarfans.com. The spotting took place in Italy, and the test vehicle is hidden to the teeth. 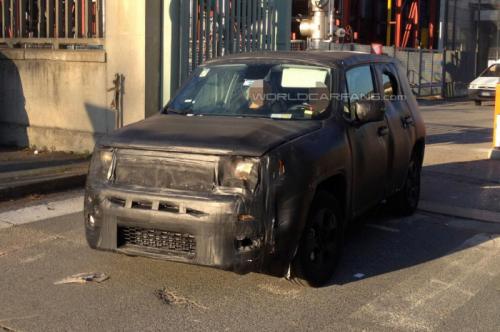 The unofficial name doing the rounds has been “Jeepster”. Jeep’s CEO Mike Manley has revealed that the upcoming Crossover will be officially unveiled at the Geneva Auto Show in March. The vehicle will be based on the parent company Fiat’s 500L, but it will be more rugged-looking and it will have a boxy build. The test vehicle confirms that, even though the finer details of the test vehicle are kept hidden.

Jeepster is expected to have the 500L sourced 105 hp, 0.9-liter TwinAir Turbo and a 105 hp, 1.6-liter MultiJet II turbodiesel. In India, as Jeep has already confirmed about their B-Segment SUV, it will sport the 1.4L Turbocharged petrol engine which produces 114PS and 207Nm on the Linea T-JET. It will also get the 1.6L Multijet diesel engine that will debut on the Linea facelift and produces 105hp of power and 290Nm of torque. 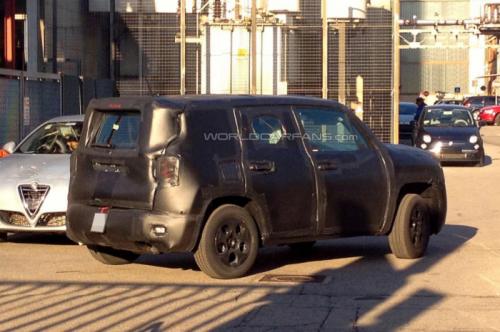 The Jeepster will be pitted against the likes of Mini Countryman in international markets. Here in our market, it could turn out to be a very pricey option as compared to the Dusters and Terranos. However, the Jeepster will be worth every extra penny as it will be more of an off-roading beast as compared to the other options we previously mentioned. Jeep has confirmed that the Jeepster will have a four-wheel drive and it will be capable of smoothening out large as well as small undulations in the terrain.

The Jeepster will see an Indian launch sometime during 2015. It will be the most affordable SUV for Jeep aficionados and will have the Cherokee, Wrangler and the Grand Cherokee as siblings in India.