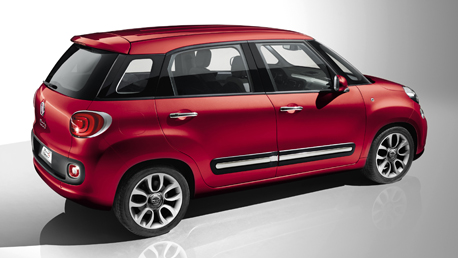 The buzz started way back in June-July when we first started hearing about Fiat’s intentions of bringing in the 500X and Jeeps models to India.

And finally it has settled giving us a clear picture about Fiat’s all new CUV from Jeep for markets like Brazil, China and India. It has been officially confirmed that Fiat-Chrysler will be building Fiat 500X and a similarly specced (and badge re-engineered) Crossover under the Jeep’s brand name shall go into production in 2014 at the carmaker’s Melfi plant in Italy in 2014.

The announcement came in on Thursday at the Fiat plant in Melfi and the company Chairman John Elkann and CEO Sergio Marchionne gave a presentation about the production plans. The event was considered to be of utmost importance. Sheer presence of Italy’s Prime Minister Mario Monti gives us the prominence of the announcement and rightly so because that would be infusing a huge sum into the Italian Economy.

Fiat will be investing an amount north of €1 billion (~US$1.4 billion) to make the plant production ready for the two products we are talking about. The cars will be based on their new modular Small Wide platform, which is one amongst the three principal platforms of Fiat-Chrysler which comply right from the word go to US regulatory standards.

After making the required changes to the assembly line and the upgradation of the plant, the Melfi plant will be the churning out 4 models with an average production capacity of 1600 units a day. We’ve already understand how the 500X crossover would look like but the Jeep badged crossover will be the first one to go into production when the plant starts functioning. The Melfi plant will be exporting the cars to all other parts of the world and will be the only one producing the cars.

Both the Cars India Bound

Why should you even care about this news? Fiat has announced that it shall start bringing their Jeep branded cars into India come 2013. And seeing how down and out Fiat has been from the Indian market, a new product makes sense for the Indian market and both the products here currently belong to segments which are a hot favorite among Indians.

While the 7-Seater version of 500 is expected to rival Ertiga and others the JEEP’s CUV would make even more sense. Renault Duster, Ford Ecosport among a few others (possible till that time) would be the main rivals of Jeep based crossover when they arrive into India. Fiat has already lost out to its rivals in the Indian automobile market, and these two products might just be the fortune changers Fiat needs!