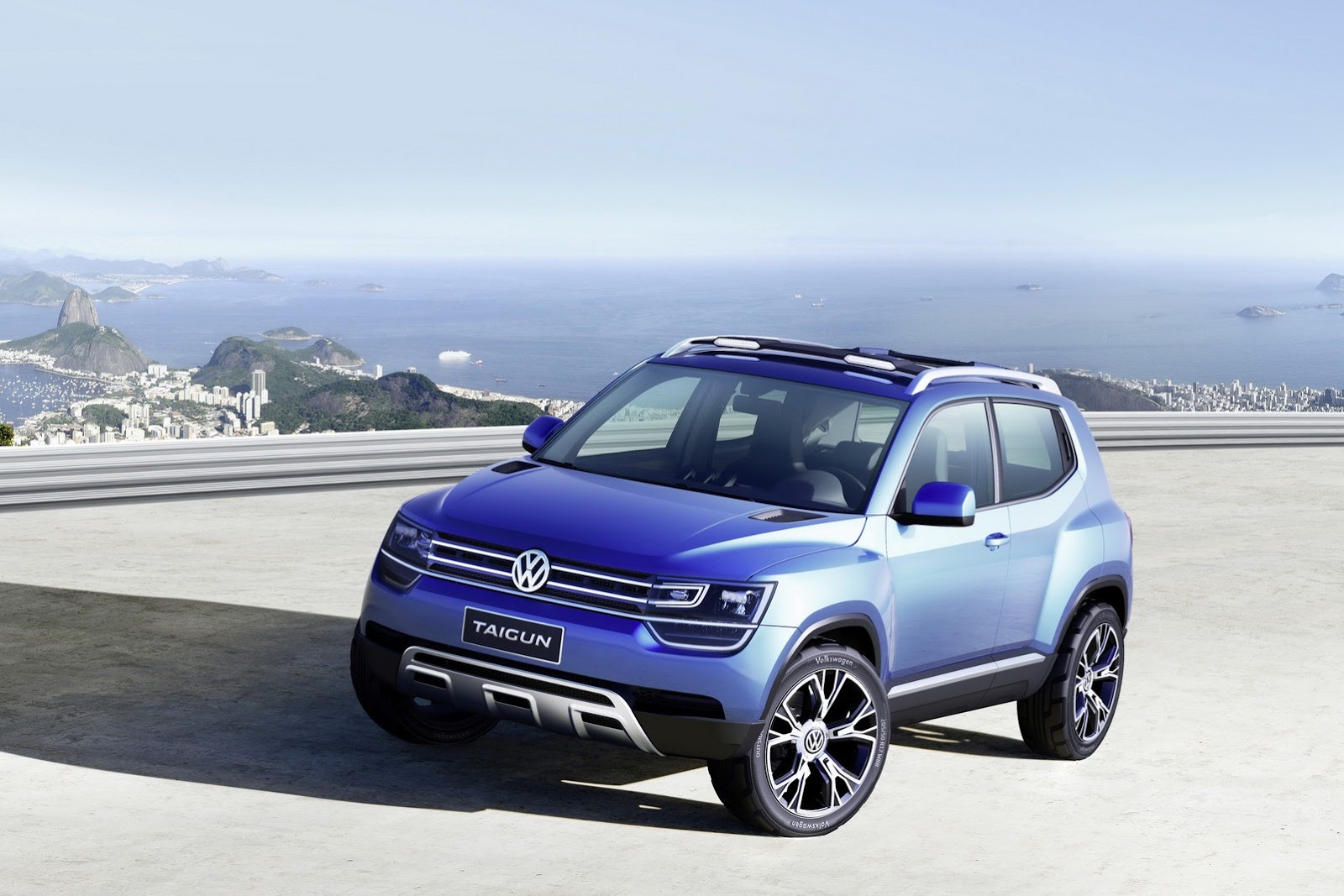 Volkswagen has also switched paths and are now trying their hands at the compact SUV segment. They unveiled the Taigun- a sub 4 meter small SUV at Sao Paulo International Motor Show in Brazil in October 2013.

According to various media sources, Volkswagen is definitely considering it for India. Meanwhile in a latest development, a Brazilian auto site Noticias Automotivas reports that Volkswagen Taigun has seen the green light for production in Brazil. Volkswagen is about to launch the small car Up! in Brazil and Taigun is based on the same platform and this will make things easier for the German giant.

Volkswagen presented the Taigun with a 1L 3 cylinder turbocharged petrol motor which produced 110PS of power and 175Nm of torque (at just 1500 rpm!). In its production form, Taigun will become one of the most compact mini SUVs of the latest times. It is just 3859mm in length in its concept form.

If this speculation goes true, Brazil might just become the first country to get the car. When it will be launched in India, Taigun will be competing with EcoSport and Mahindra’s S101 and Volkswagen is already caught testing their Up! in India many a times!

Also Read: And How About Skoda Jeti – A Junior Version of Yeti!