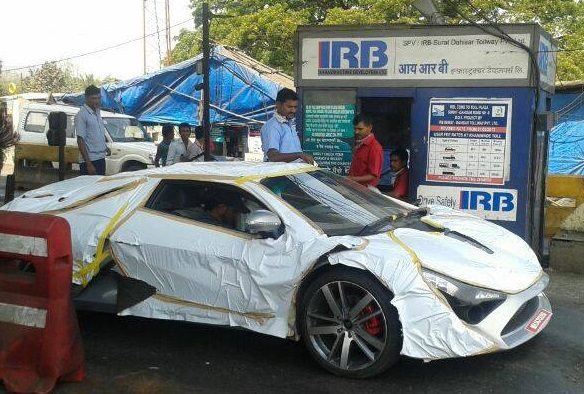 Yes, we all admire them and lust for them, but the very elite few are able to shell out the dough for one. Yes, I am talking about sportscars. Almost all automobile freaks want one but only a handful manage to get them.

So how about an indigenously developed two-seater, mid engined, rear wheel drive sports car which has the power of 250 horses and costs somewhere around 30 lacs? Add to that the aggressive designing of Dilip Chhabria? Yes we are talking about the country’s first home grown sports car, the Avanti.

First showcased at the 2012 Auto Expo, the Pune based had kept on display a more production ready model at the 2014 Auto Expo. DC claims that everything in the car (apart from the Ford’s 2.0L engine) has been built from scratch by the good folks and that is something incredible. 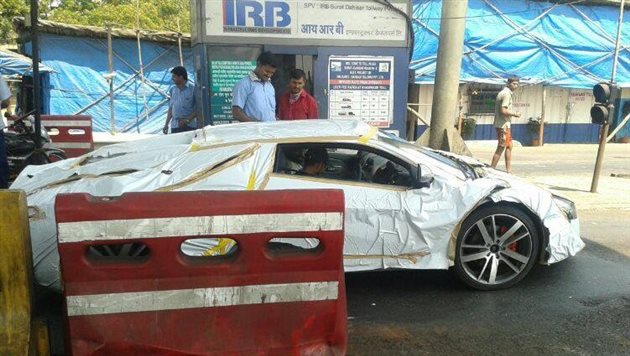 MotorBash brought to you the first ever spyshot of the car way back in Dec 2012 (here) and now the car has been snapped yet again in production guise on the Mumbai-Ahmedabad highway by the folks at Carwale.com. The heavily hidden car seems to be production ready and can be expected to hit the streets soon. In the following pic, just notice the damn low flying car! 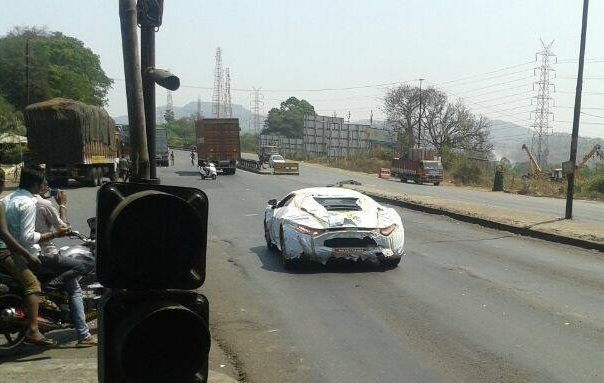 Avanti’s heart is Euro 5 compliant and can be upgraded to Euro 6, making the chances of an international launch also eminent. The 4.6m long Avanti will have the suspension made up of unequal length wishbones in combination with coil over shock absorbers all around subscribing to the traditional sports car drive dynamics.

With an electronically restricted top speed of 250 kmph, DC claims that the car will hit the ton in 6 seconds. The company intends to sell 200 cars per annum in the first year of its launch and then later go on and extend that to 2000 units per annum when the Gujarat plant gets production ready…

DC also has plans to launch a ultramini Tia as well as lanky SUV Eleron.