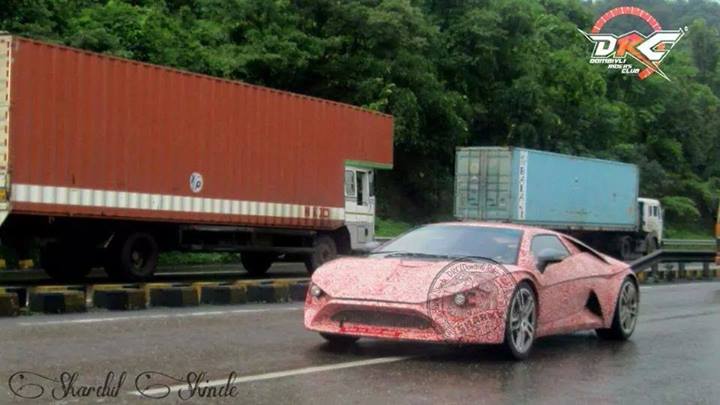 India’s first home grown sportscar, DC’s Avanti has been spied again by the avid folks at DRC. The car is in the news since the Auto Expo this year when DC unveiled the production version to everyone and frequent spyshots thereafter.

The car with high levels of localisation is a great example of how manufacturers can build affordable sports cars.

This time though, we see that the car is running with a slightly different headlamp cluster. Is it a dummy add-on or is DC working on something new something different?

The 1580kg car is powered by a 2.0L EcoBoost engine which has a peak power output of 253.5PS and 360Nm of torque with a six speed transmission, which is healthy enough to propel the car to a ton in 6 seconds. 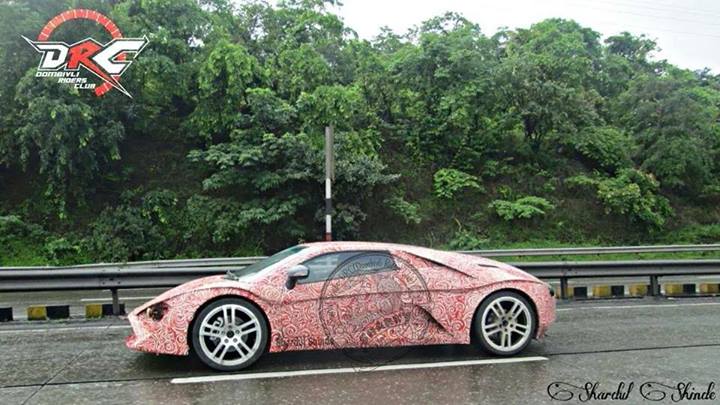 The car has come a long way since MotorBash released the first ever spy shot of the car way back in December 2012. Avanti will also be made Euro 6 compliant which would make it possible to export the car to Europe. DC is surely trying to take India to places with its ‘Made in India’ sports car, but will it be able to even meet the domestic demand in the first place? 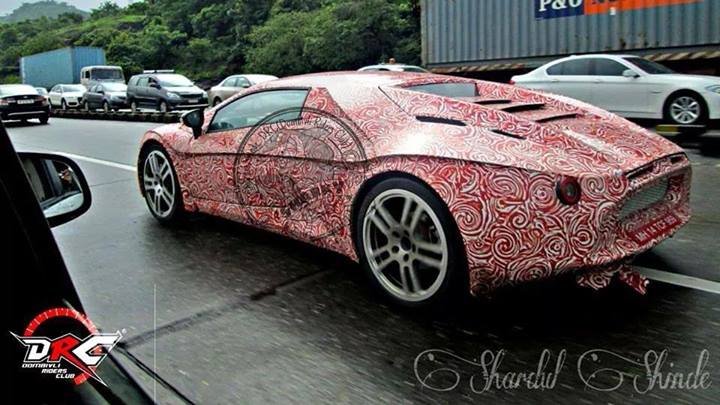 The initiat batch, which was to be sold at 25 Lakhs, has not been delivered yet. The next batch will be retailed at Rs 30 Lakhs. The production plans at DC’s Talegaon facility have been limited only to a 100 units per month. Apart from the Avanti, DC will also launch Eleron SUV as well as super cute Tia compact car.