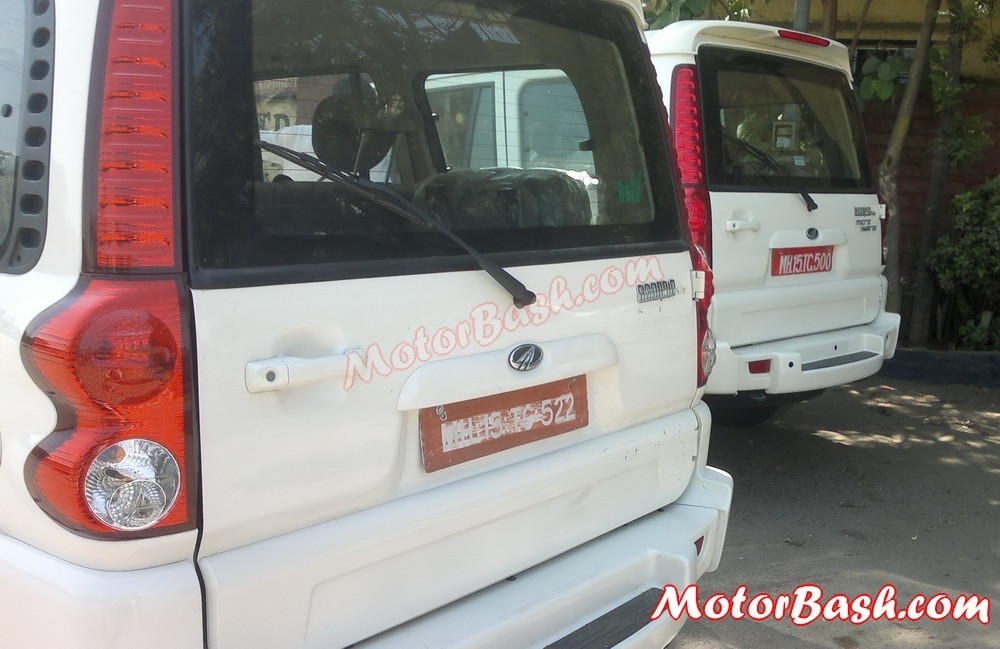 Mahindra suffered a setback with its Automatic transmission vendor a few months back but now, they have re-introduced the Automatic Scorpio in the Indian market.

We have shared with all our readers multiple spottings of Scorpio Automatic being tested extensively around Pune which raised the possibility of a lower variant of 4WD Automatic in pipeline. Now, we have spotted not 1, but as many as 3 different test mules of Mahindra Scorpio in a couple of days.

Two of them were spotted simultaneously (pic above) and the lone pic of Scorpio (last pic) was snapped a day after. I asked the driver of one of the two Scorpios which were caught together about what is he testing. He failed to reveal any details, intentionally or unintentionally. What he cleared was that one mule (interior pic below) was a non 4WD Automatic diesel variant which he is asked to drive for many thousand kms. 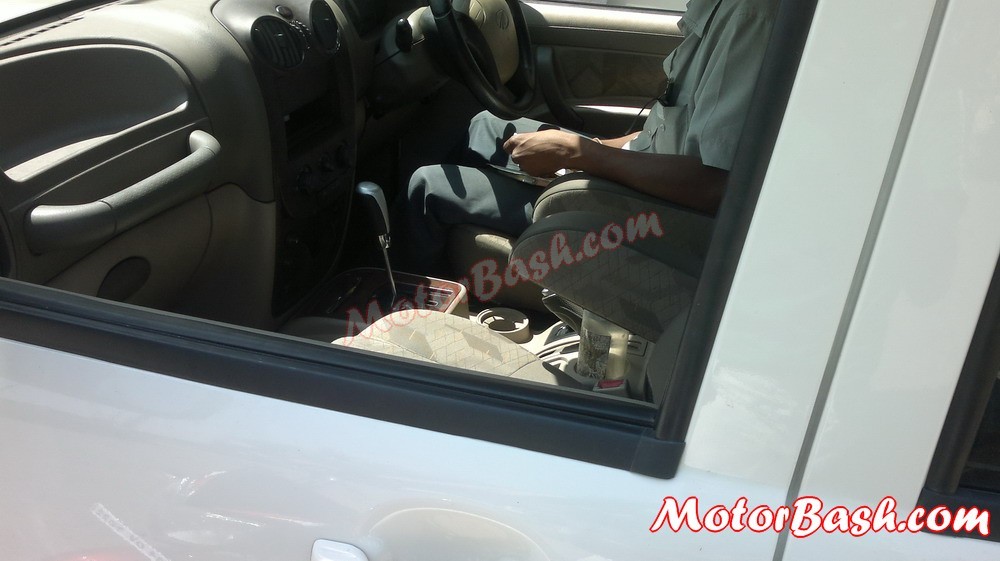 He also cleared that the other mule was a regular manual transmission diesel variant. I also tried to peak into the sticker that was stuck at the front windshield. Apart from the details of the vehicle, it was called some ‘……project‘ which was undecipherable! And the third mule was snapped a day after at around a similar place. It was a lower variant with non-body colored bumpers and door handles. 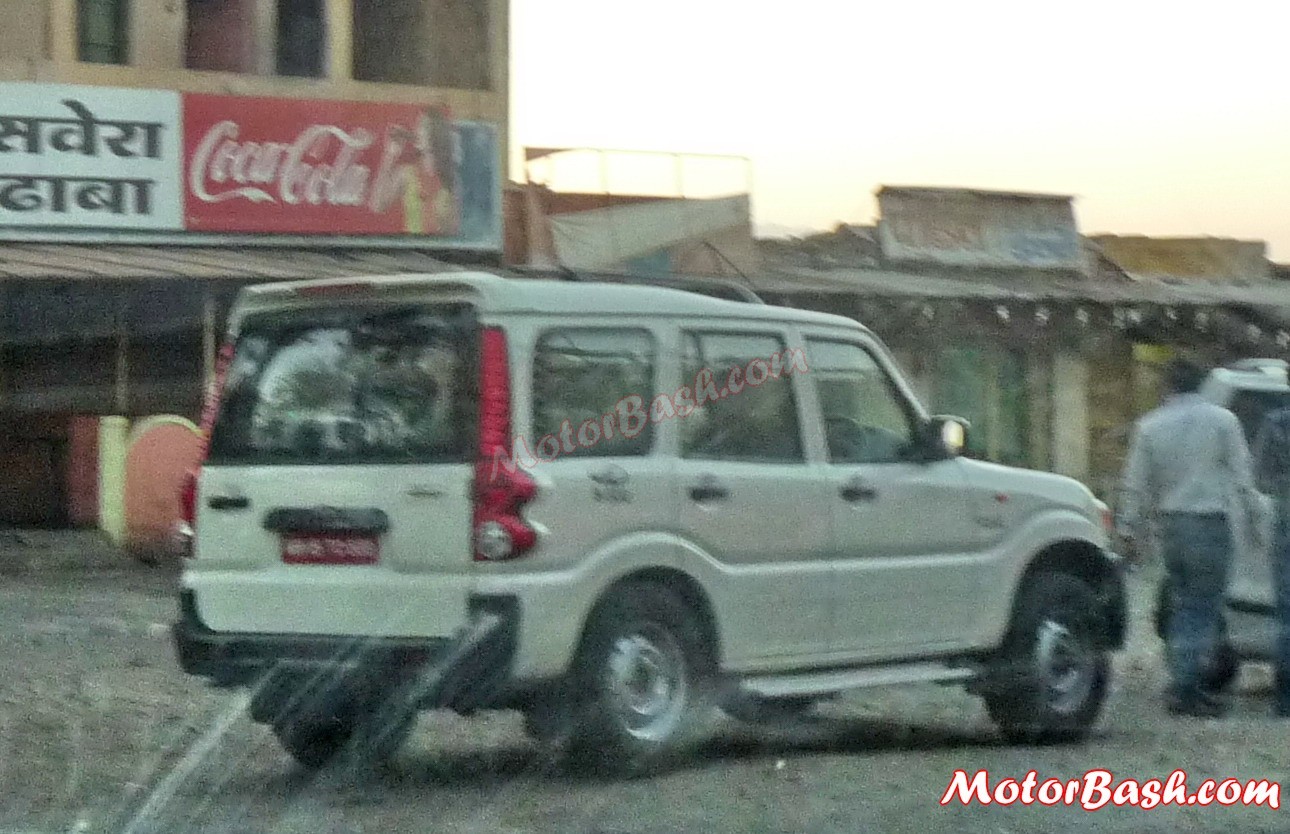 One thing is for sure, that Mahindra is testing something for Scorpio. Is it the mildly updated Scorpio that was supposed to make way sometime during the first half of this year before the All New Scorpio which is due in 2014?