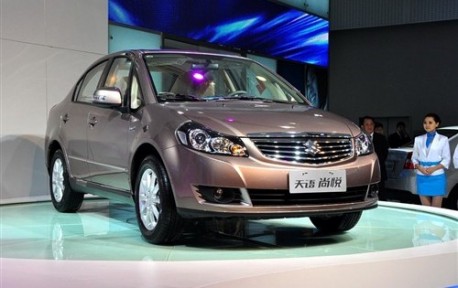 Very recently, the sudden spyshots of SX4 from Gujarat had caught us a little surprised. The car had a bit of a camouflage and was covered in foliage at some points.

Refreshed headlamps, tail lamps and tweaked bumpers coupled with an all new grille are going to find their way on the next mid-career facelift of Suzuki’s lone warrior in the C+ segment. Today we have for you an interesting bit of story which will give you a clearer picture of the upcoming facelift. Check the following pic:

Way back in 2010, precisely the December of 2010 , Suzuki had displayed a facelifted version of their SX4 sedan at the Guangzhou motor show. Suzuki produces the SX4 in China in association with Chang’an Automotive and from the Indian spy pictures we have, it pretty much seems that this is the model that we are about to get.

At first glance, this facelifted model looks better than the previous model. The newer model gets a more mature looking front with that big chrome grill with a right in your face character. 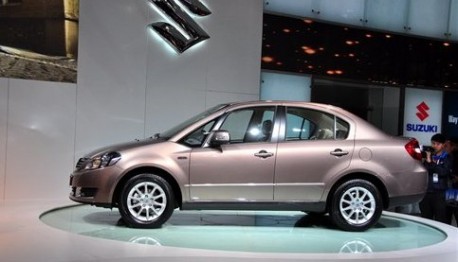 In the new list of changes, we also expect an interior refresh and possibly an addition of few gadgets. The car already had an aggressive looking character but the refresh adds to that look in a big way. The use of chrome certainly makes it look a tad expensive and possibly a better shot at the segment rivals. 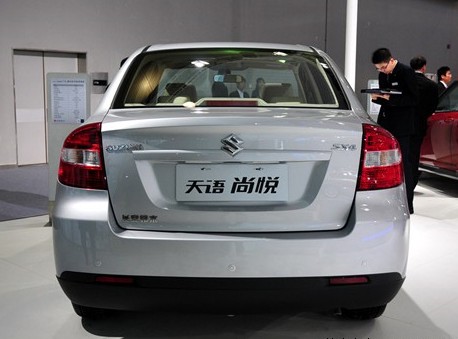 The Chinese got this refreshed SX4 a couple of years back and the car would have been a bit more widely accepted had it reached the Indian shores at the same time, possibly. But now, the competition has gone ahead of what Suzuki plans on bringing in.

Now is the era of the fluidic philosophy and classy lines of Volkswagen rather than the chrome grilles and tinee-minee jobs Maruti plans to offer. The one big saving grace we see is that this is only a make shift facelift and we would rather put our money on the full fledged updated SX4 which is due sometime in 2014.