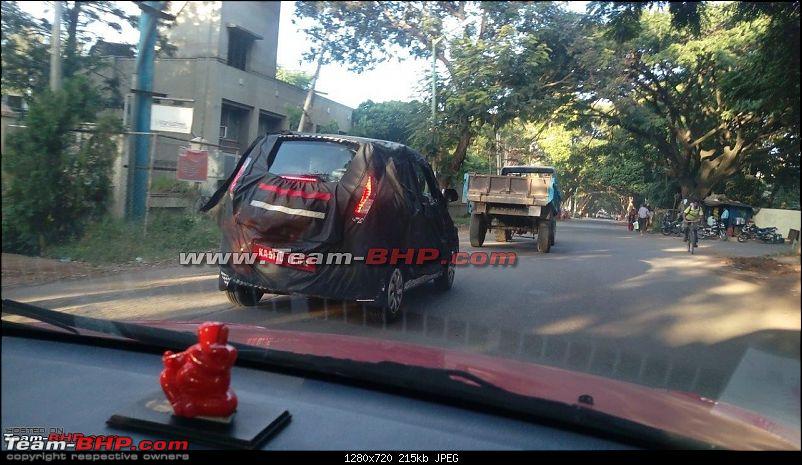 Electric vehicle’s knight in shining armour, Mahindra Reva is set to launch two new cars this year. Well, one of these might just be a four-door version of the e2o! Yes, a test mule was spotted by several Team BHP readers in Bangalore. Sadly, due to heavy camouflaging it is difficult to say if it is a four door e2o or a mule to test components of their upcoming world’s cheapest SUV.

The slight bulge on the rear door is another reason why confuses its identity further. Now the bump might just be unnecessary camouflaging or a spare wheel. The length though seems to be slightly bigger than the present version of the e2o on sale. So chances of it being a four-door e2o are pretty high. 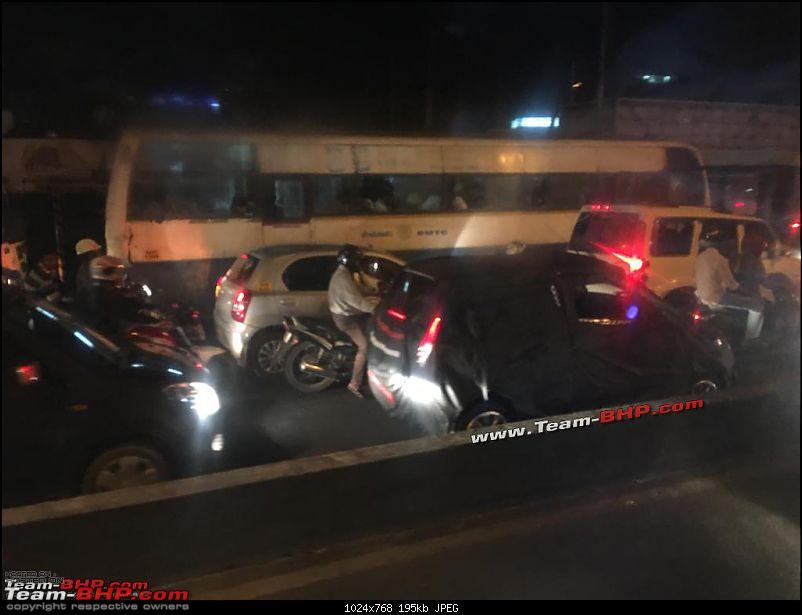 In that case, the new e2o can be expected to be powered by a more powerful electric mill and a bigger battery. The present one churns out 25.46 bhp of maximum power at 3,750 rpm and 53.9 Nm of peak torque. Of course, this will attract a higher price tag. Hopefully, the government will keep showering it’s love on electric vehicles via the FAME scheme. However, state governments too have to include several subsidies to make the car more attractive. 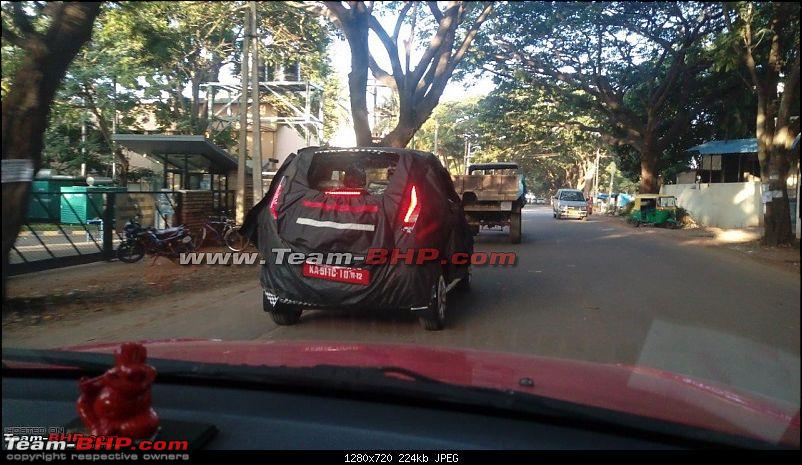 Mahindra is also moving away from their dependency on diesel mills and are developing petrol motors.