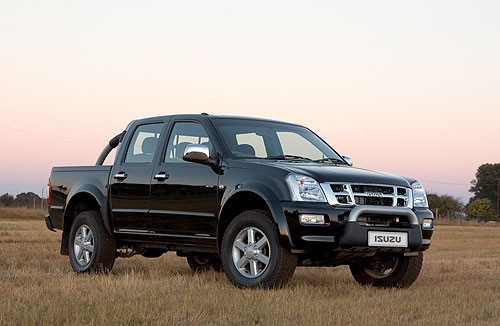 Japanese Utility vehicle giant, Isuzu Motors has finalized their plans for India and the company will set up shop at Sri City in Andhra Pradesh. The company plans to invest Rs.1,000 crore in its production facility which would be producing 50,000 units a year. 15th of March is when the official announcement would take place in Hyderabad and the plant shall commence production in 2015.

But that does not mean they’ll be waiting till then to start their operations in India. They’ll use Hindustan Motors’ Chennai facility and General Motors’ facility for starting up their Indian innings. Isuzu’s initial plan is to roll out MU7 SUV and DMAX pick-up and the homologation of both the Isuzu vehicles has been completed at the ARAI. And that explains the recent spottings of both MU7 and D-MAX from Pune.

Isuzu has a plethora of heavy, medium and light-duty trucks, buses, passenger vehicle engines, industrial-use diesel engines which are known for the quality they have. However they plan on launching pick-ups and SUVs for us. If you don’t know about the company, we have a small bit of information for you. The famous Chevrolet Tavera is the rebadged Isuzu Panther and classic Ambassador and the vintage Contessa have had Isuzu made engines too.

Sri City is situated quite near to Chennai which will use the city for localisation and exporting vehicles. Andhra Pradesh, according to some sources is sort of desperate for an automotive factory for the development of the state’s economy and the announced due in the middle of the next month will put an end to that desperation. They will go all out in giving the Japanese all the cooperation they may require. We are all set to see Isuzu cars on our roads anytime soon.