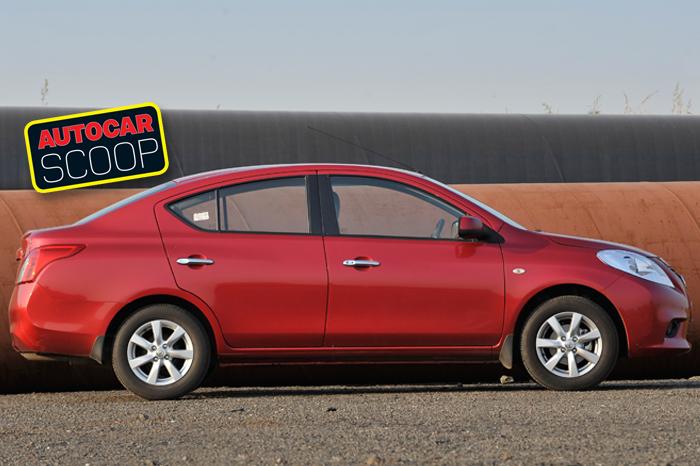 On the one hand Nissan is busy testing the Automatic variant of Sunny, there is something related to the same car cooking up at Renault.

We all are very much aware about the rebadge engineering by Nissan and Renault in India. Renault Pulse is a rebadged Nissan MIcra. In the same pursuit, Renault would be launching the rebadged version of Nissan’s Sunny aka CAAAR!

According to AutoCar India, in its Renault avatar, the saloon would be called as Scala; nice name we say! This means that Scala woule be a mechanical identical twin of Sunny with Renault’s badge and a little tinkering done here and there similar to Pulse. Scala would be powered by the same 1.5 Liter 97.6BHP diesel  motor that does duty on the Sunny.

Launch of Scala is planned in the second half of this year. And similar to Pulse which is available in diesel-only avatar,  Renault might not launch the petrol Scala soon. Also, Scala is expected to be slightly dearer than Sunny.

Its possibly not a big guess that Renault should be big time hopeful about Scala’s success and chances do seem to be favoring.