If you think that the Jaguar XE’s launch in London was not glamorous enough, you have something more coming up which will surely pump up the glam quotient.

Stella McCartney, one of the leading British fashion designers of this age, has joined hands with Jaguar to bring on the next phase of the FEEL XE campaign. Jaguar will announce more details about the campaign at the Paris Motor Show, which will commence only days after McCartney’s show on September 29, at the Paris Fashion Week. 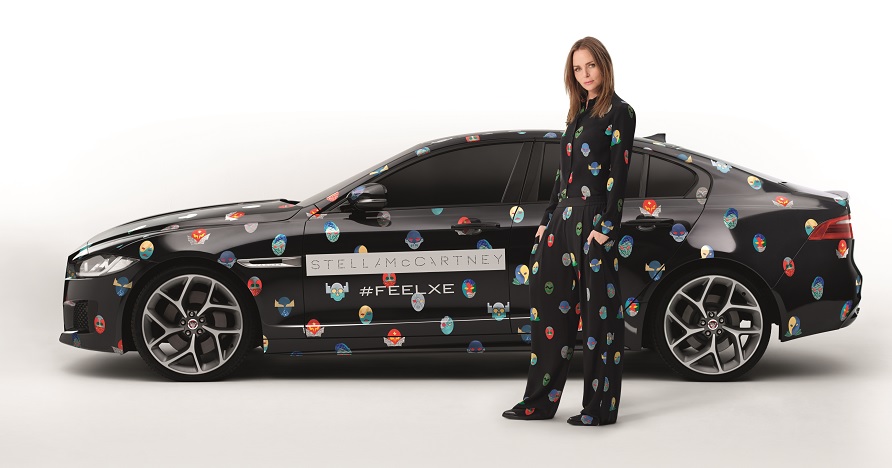 Stella has dressed Jaguar cars in her Spring 2015 Superhero print to bring life into the FEEL XE campaign. These cars will be taking over the streets of Paris on the day of her show, taking the beauty of the XE to the most fashionable city of the world.

Stella was present at the unveiling of the XE in London and also chose to use the most fuel efficient Jaguar ever to arrive at the 2014 Stella McCartney Green Carpet Collection earlier in September. The British manufacturer will also take this opportunity to divulge more details about their new car. We have so far details only about the range topping XE-S, which uses the 3.0L V6 engine found in the F-Type, producing 340bhp of raw power.

The other models will be powered by a new range of petrol as well as diesel engines which are deemed to be highly fuel efficient 2.0L engines. These engines will be mated to a 6 speed manual transmission or an 8 speed auto gearbox, which will help churn out a balance between performance and efficiency.