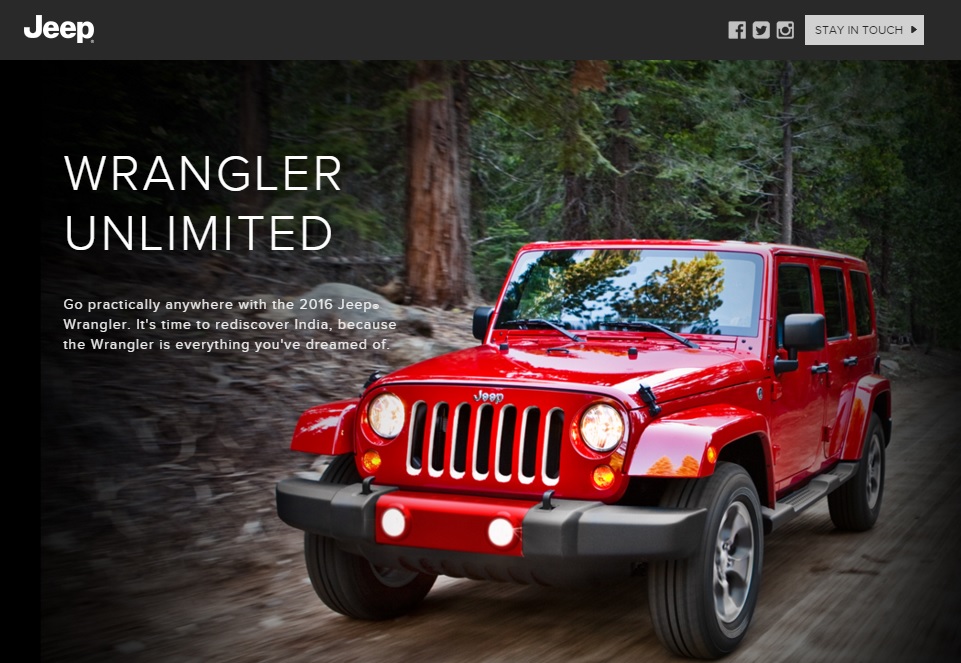 JEEP was to come a lot earlier to India, was delayed but now the SUV maker is finally firming up its eventual plans. They have given a go ahead to their marketing teams for promos and in a significant update, they launched their Indian website yesterday. They have also started teasing bits on their Facebook and Twitter social profiles with a promise – “On Roads in 2016“.

As expected, there is a lot of heritage showcase which will be the prime inculcating point in buyer’s minds. They have taken us back to the 1941s showcasing the ever-so-beautiful Willys, working examples of which can still be found in many cities of the country.

Following that is the CJ-5, few traits of which can be found on the current Mahindra Thar. The Cherokee brand was introduced in 1974 and the first Grand Cherokee was made public in 1993.

Jeep will begin its onslaught with, as decided earlier, two top models in their lineup and three models.

All these SUVs are expected to be imported as CBUs initially and prices will, hence, be high. Launch has been confirmed for the Auto Expo in February where these iconic masterpieces will also be kept on display. Following this, the makers will introduce the more affordable B and C-segment SUVs but that may spill over to 2017. You can access the website here.

So, now that the benchmark of SUVs is coming, how will competitors respond? Welcome Jeep!